Why is there an increase of diagnoses of Lyme disease? 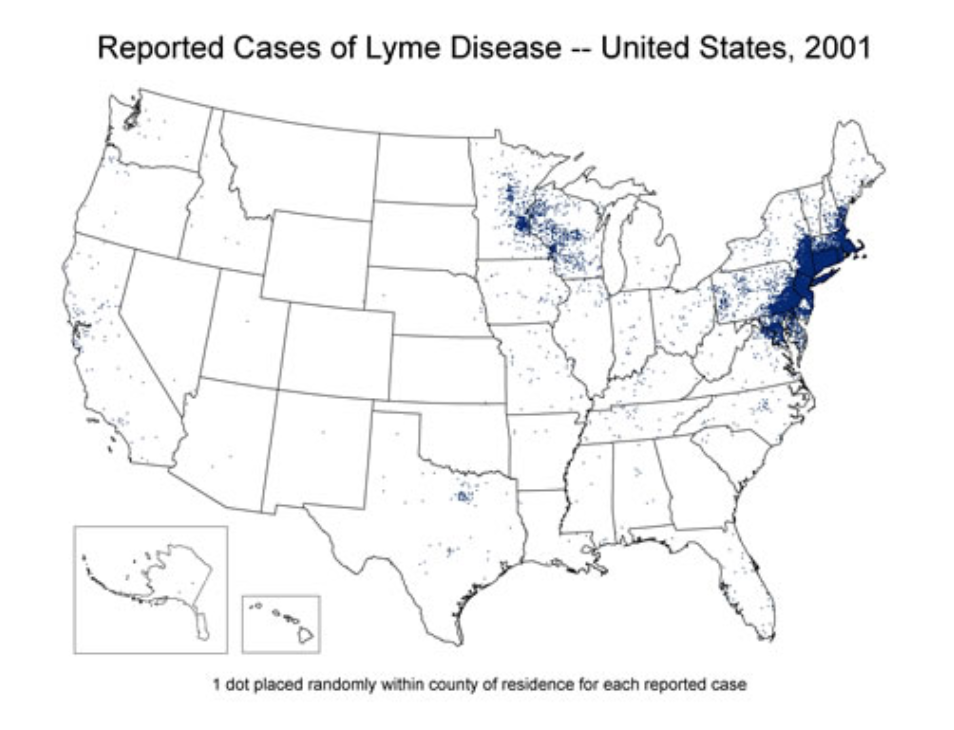 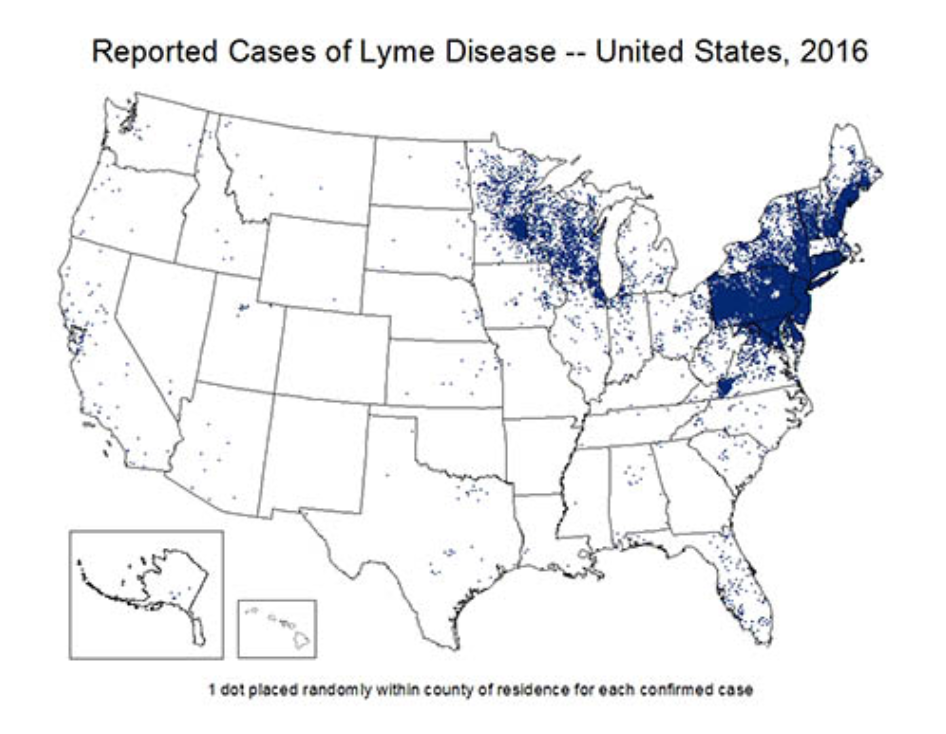 I am wondering if there is an actual increase in incidence or if, perhaps, there is an increased awareness of the disease causing doctors to be more likely to test for it (and diagnose it) than they were in 2001.

Is there any information supporting one or the other?

One of the opinions expressed on the CDC website is that the increase of diagnosis of the Lyme disease could be accounted to expansion of ticks:

Since the late 1990s, the number of reported cases of Lyme disease in the United States has tripled and the number of counties in the northeastern and upper Midwestern United States that are considered high-risk for Lyme disease has increased by more than 300%. One explanation for this trend is that the ticks that can transmit Lyme disease have expanded their geographic range and are now being found in places they weren’t seen 20 years ago. --Rebecca Eisen, Ph.D. (source)

I have also found a report containing another possible explanation:

Areas of patchy woods, which are very common in cities and suburban and rural areas, may have higher populations of Lyme-disease carrying ticks than forest fragments, which generally have fewer species than continuous habitat. This is because some species thrive in smaller places.

White-footed mice, for example, are more abundant in forest fragments in some parts of the country, likely because fewer predators and competitors remain there. These mice are particularly abundant in patches smaller than about five acres, which could spell trouble for people living nearby: the mice are the main carriers of Lyme disease-causing bacteria. In the eastern and central United States, Lyme disease is contracted via blacklegged ticks that feed on infected mice, then transmit the bacteria when the ticks bite people. As a result, says biologist Felicia Keesing of Bard College in Annandale, New York, Lyme disease is concentrated in areas where people live near forests with blacklegged ticks.

Keesing, scientist Richard Ostfeld of the Cary Institute in New York and other researchers found that smaller forest fragments had more infected ticks, which could translate to more Lyme disease. Forest patches that were smaller than three acres had an average of three times as many ticks as did larger fragments, and seven times more infected ticks. As many as 80 percent of the ticks in the smallest patches were infected, the highest rate the scientists have seen. These ticks may also be infected with other emerging diseases--Babesiosis, Anaplasmosis and Powassan encephalitis--therefore, forest fragmentation might also be contributing to other serious illnesses, Ostfeld says.

"Our results suggest that efforts to reduce the risk of Lyme disease should be directed toward decreasing fragmentation of deciduous forests of the northeastern United States, particularly in areas with a high incidence of Lyme disease," says Keesing. "The creation of forest fragments smaller than five acres should especially be avoided."

EDIT: Another article on Vox also provides some possible explanations including the global warming, reforestation of farms and increase in the number of deers (caused by hunting protections).

My understanding is that there is a population increase of ticks, due to the milder winter temperatures. Testing for Lyme disease is done with a specialized and somewhat expensive procedure called ELISA. Also as the prevalence of lyme disease has increased, physicians have become more aware and are making preliminary diagnosis , based on typical symptoms. So its a two-part situation, increase in tick populations, and increased sensitivity for making diagnosis.

18
Why is there now only one Salmonella species?
10
Why would taking antibiotics increase stamina and energy?
4
Does making yogurt from non-pasteurized milk work against possible disease bacteria?
3
Is there a specific word for bacterial death?
2
Why is there such in interest in antibiotics against Pseudomonas?
0
Are there completely self-sufficient autotrophs?