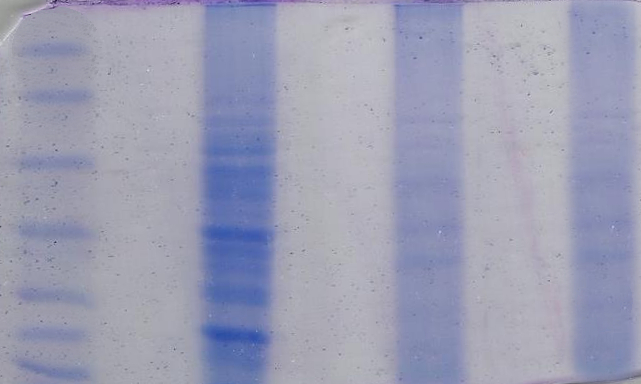 If this is accepted or not depends on your institution. For publications, it is usually accepted to use adjustions of color, tonal values and contrast which are applied to the whole image and which do not alter the statement of the image. These changes are not ok if for example the contrast it raised so much that weak bands disappear.

Not accepted are changes which are only made to changes to parts of the image, partial adding or removal of parts of the image. Keeping this in mind, you can basically use any software which can be used to process images. Photoshop is kind of a standard but pretty expensive, free software like Gimp also does the job.

I adjusted the tonal values of your image and raised the contrast just a little to get this: 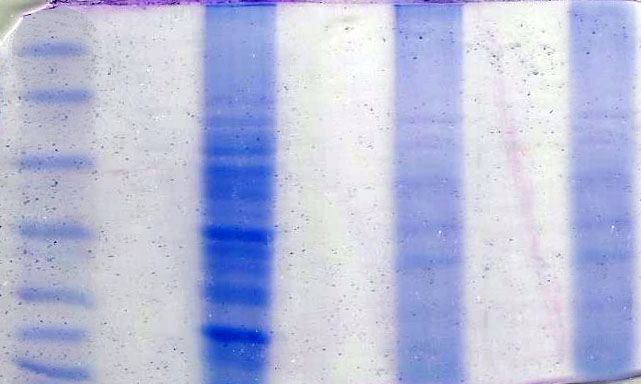 Not the answer you're looking for? Browse other questions tagged proteins sds-page or ask your own question.

7
Can I image Coomassie and GFP in gels at the same time with a fluorescence scanner?
7
What are some (bioinformatic) methods to characterize potentially novel gene transcripts?
1
A question involving immunoprecipitation to identify interacting proteins?
1
Help analyzing SDS-Page gel
4
Problems with SDS-PAGE, no separation - what could be the problem?