The effect of Atrazine on the LDR in Photosynthesis

The herbicide Atrazine causes inhibition within the Qb site in the D1 protein of photosystem 2. Given this information, would Atrazine’s inhibitory effect halt the production of oxygen or ATP first? 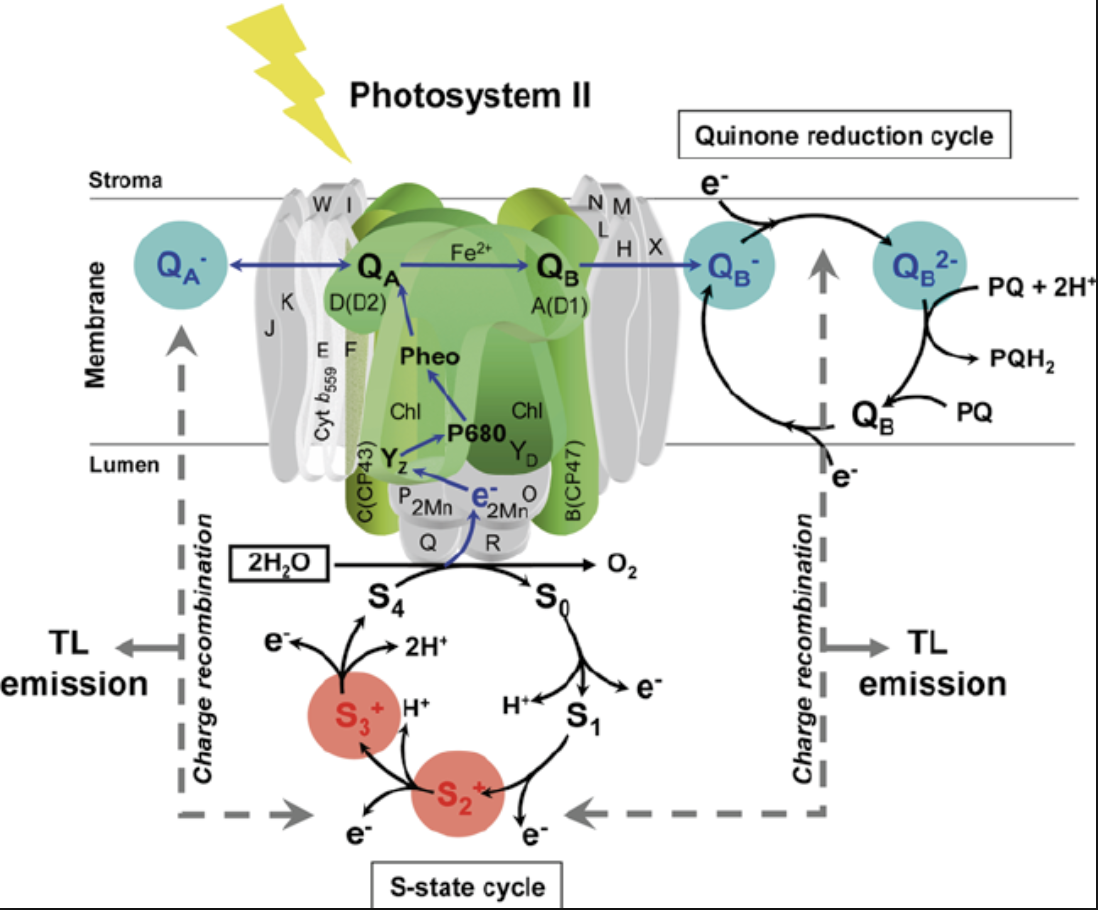 Given that water is oxidized indirectly by P680+ and the build up of intermediates caused by inhibition in Qb would not allow P680 to deposit its extra electron into the beginning of the electron transport chain, water would not be oxidized/split into 2H+ and (1/2)O2 because P680 would not become P680+. So this inhibition would halt the production of oxygen, correct?

Given that, I would say that the production of O2 would be more immediately halted than that of ATP, especially since ATP synthase would continue to function until the electrochemical gradient between the stroma and thylakoid space was spent, and would not be immediately affected by inhibition in Qa (although the electron transport chain which maintains the electrochemical gradient would be compromised and thus indirectly ATP synthase would be affected).

Is my reasoning correct?

Browse other questions tagged biochemistry photosynthesis or ask your own question.

40
What does the human body use oxygen for besides the final electron acceptor in the electron transport chain?
3
Electron transport in granal stacks
7
How many ATP molecules are formed?
1
How does cytochrome c oxidase inhibition cause cell death?
5
Does the formation of water inside the mitochondrial matrix help contribute to the proton gradient during the electron transport chain?
3
Confusion about Photosystem 2 with regards to lysis of water
0
Photosystem I and the ETC
2
Energy transfer from P680 to oxygen-evolving complex
0
What are the (evolutionary) advantages of secondary transport?