What kind of beetle has fuzzy orange antennae and can flip its head down for digging?

Some years ago I found this beetle while hoeing potatoes in Iowa in the United States. It had something like branches on its legs and could bury itself out of sight in five seconds! If I recall the beetle itself was mostly black. It had the ability to flip the front part of his body up to reveal the face which was normally down facing the ground. I suppose because it usually lives underground. But when it flipped its head up, it's antennae came out and were bright orange, fuzzy ,and had round ends similar to an old-fashion side mirror on a car. When it's head was down it had a horn almost like a rhinoceros beetle. But when it flipped its head up it had buggy eyes - the cutest little face. I have never been able to find out what this little critter was. I just ran across my description of it in my journal today and tried to look it up online, finding your website. Sorry, I didn't own a camera back in 2000 to take a picture of him.

I'd guess that the beetle you found was of the genus Nicrophorus ,family Silphidae . They are commonly known as Burying beetles and are true to their name

was this the beetle you saw? 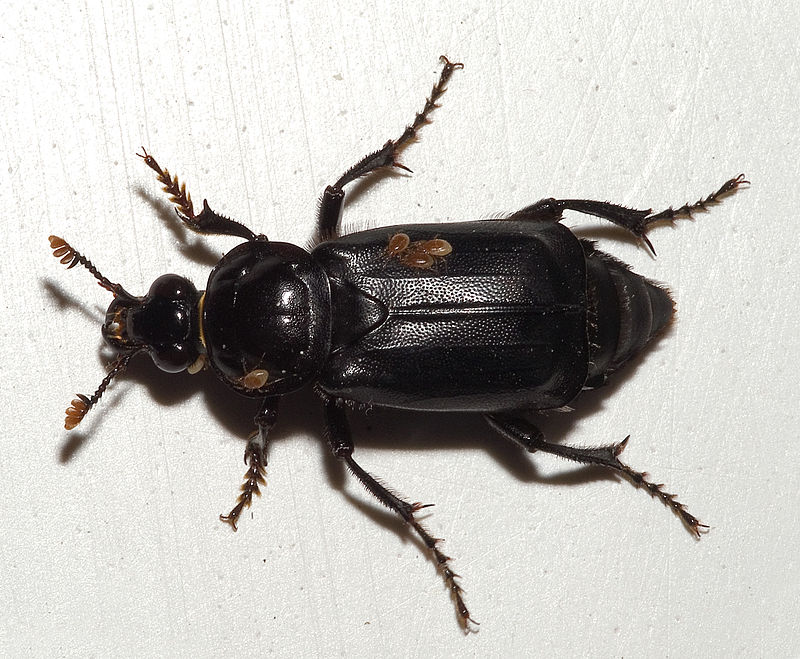 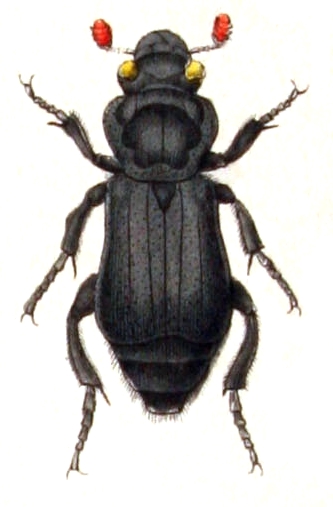 6
What insect is this? (Black body two orange lines in its back and six legs)
9
What is this beetle and what are the strange antennae for?
8
What species of eagle pushes their young to teach them flying?
21
Identifying a creature that appears to be a worm wrapped in a cocoon
3
Beetle with long, slender iridescent green body and orange legs
3
Black/dark-red smooth West African worm, full of red blood
1
Help id-ing creature
1
What kind of beetle is this? (Black and yellow)
4
Identify this insect with a big "face" pattern on its brown fuzzy wings

// TODO sg: TMP solution until we are confident in our current implementation of async imports // once we are, we can move the if into the js entry file and dynamically load the mark obsolete module