I found two of these objects near a creek in Missouri. They feel like they are made out of bone but they do not look like any bone I have seen before. They also appear as though the could be some sort of plant part. I am having a very difficult time identifying them and any help would be appreciated. 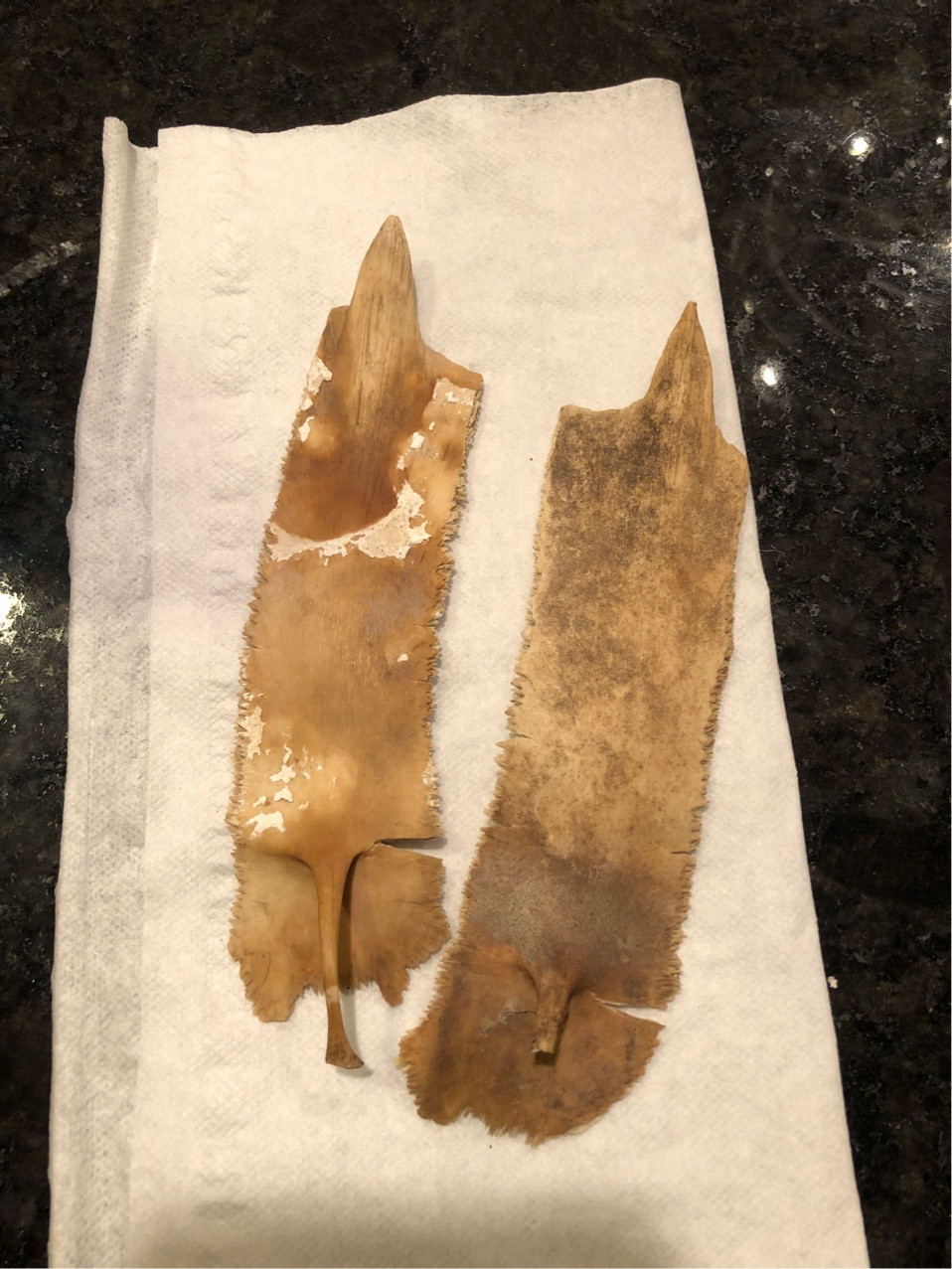 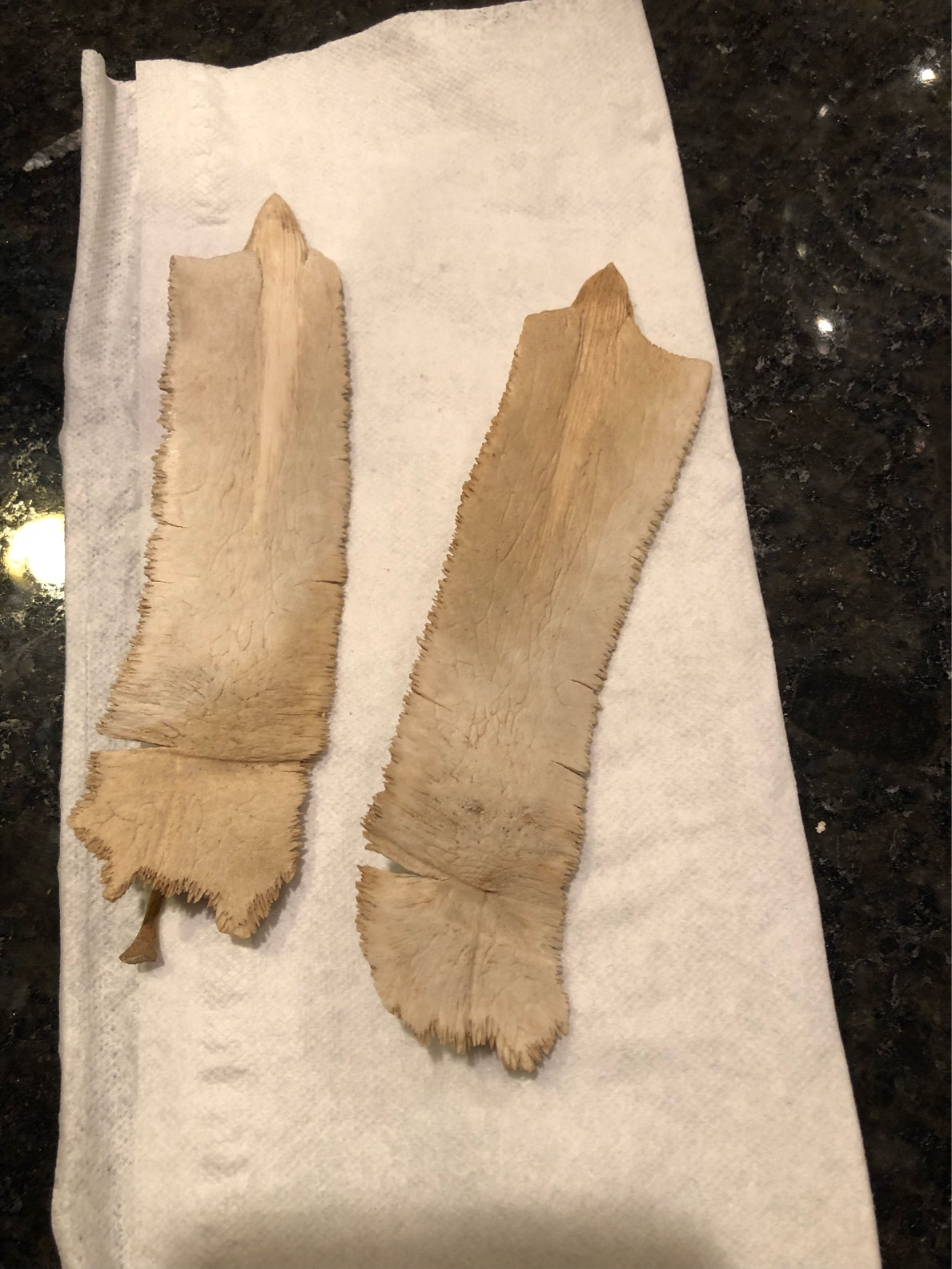 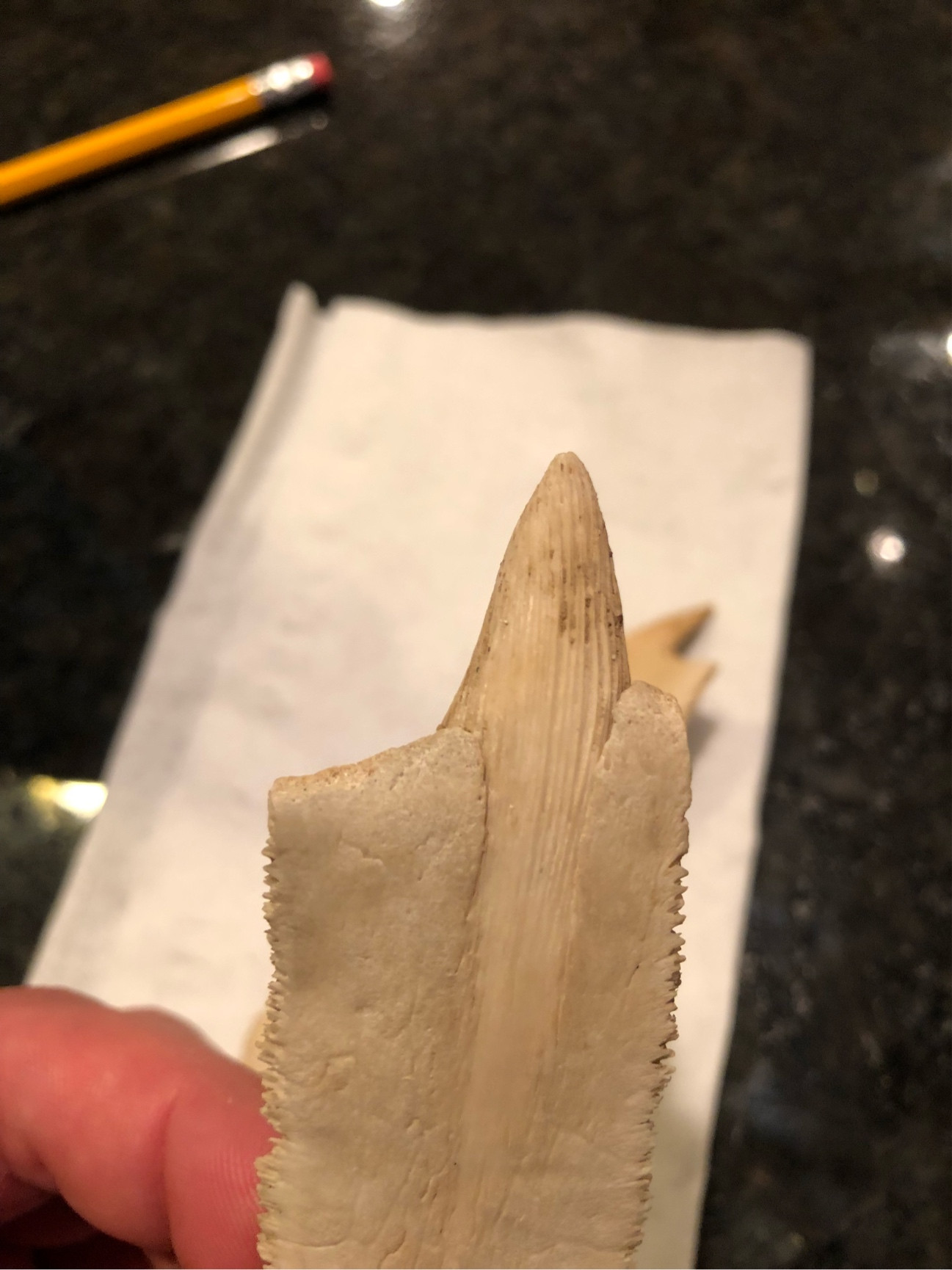 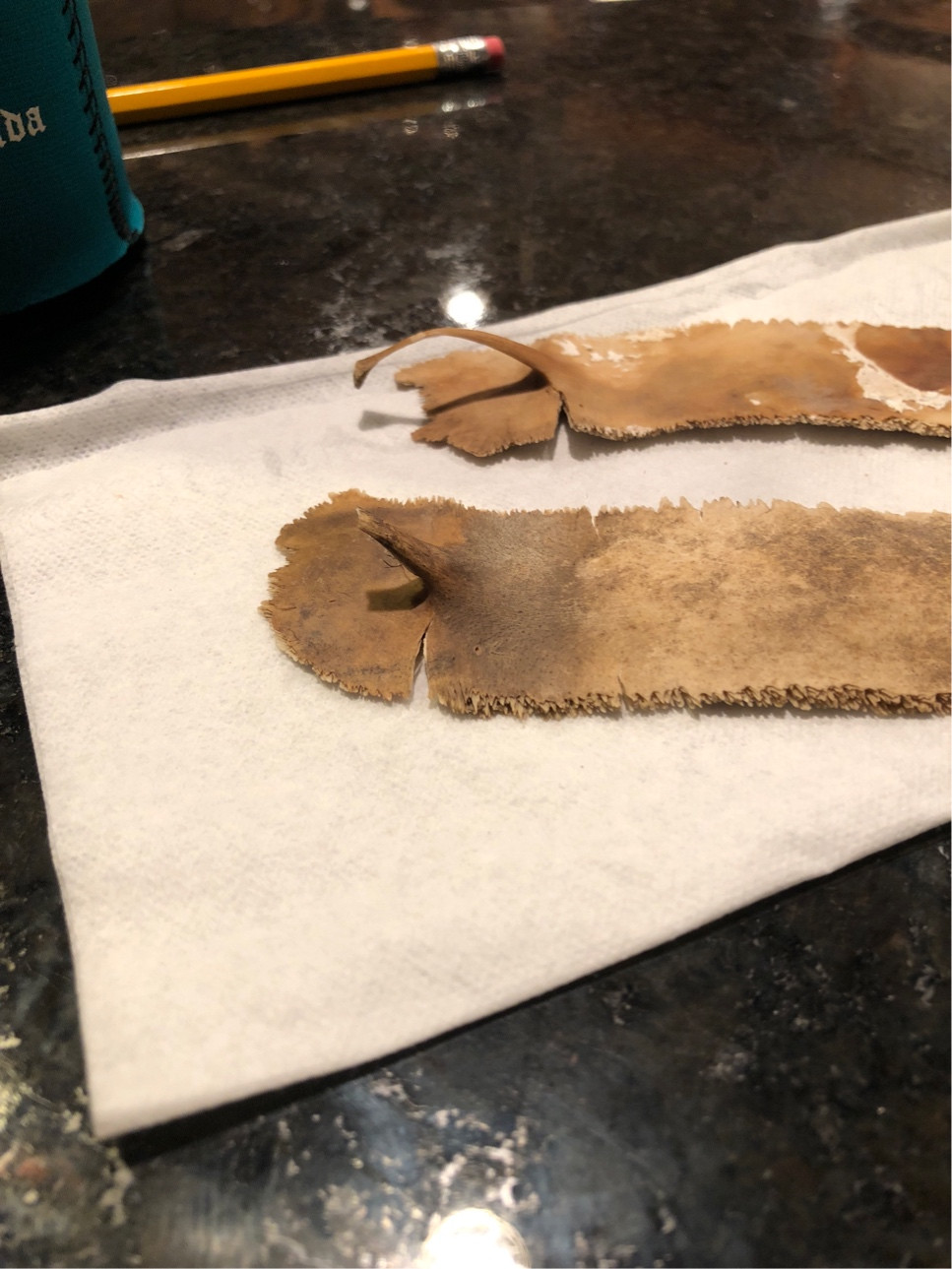 Those are isolated turtle bones: 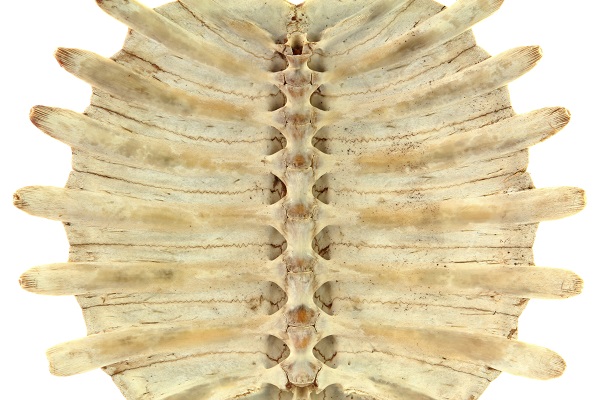 Specifically, they are part of the carapace, or upper shell. The projections would articulate with the backbone. The "toothlike" structure at the other end projects down toward the margin of the shell.

They are a little hard to make out, but you can faintly see the marginal projections.

These are, as stated in @kmm's well-received answer from 2 years ago, osseous components of a turtle's carapace, or upper shell. More specifically, these bones are called pleurals and consist of the turtle's ribs surrounded by "fused dermal tissue" [Wikipedia]. From Wyneken (2001):

Each rib head is aligned with the junction of two vertebral bodies (Fig. 91). Fusions of vertebrae and ribs with dermal bone result in unique carapacial bones...pleurals are formed by the ribs and their dermal expansions...(Figs 92...) 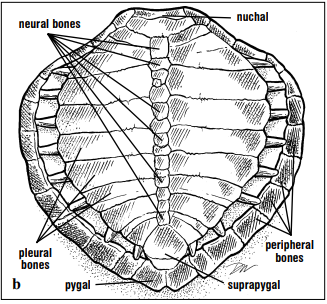 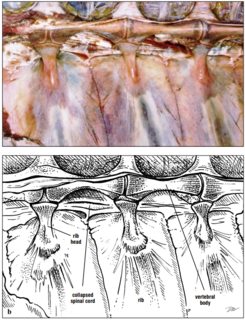 The projections you see sticking upward off the table in your final photo are the rib heads that would articulate with the turtle's vertebrae.

Not the answer you're looking for? Browse other questions tagged species-identification zoology herpetology bone or ask your own question.