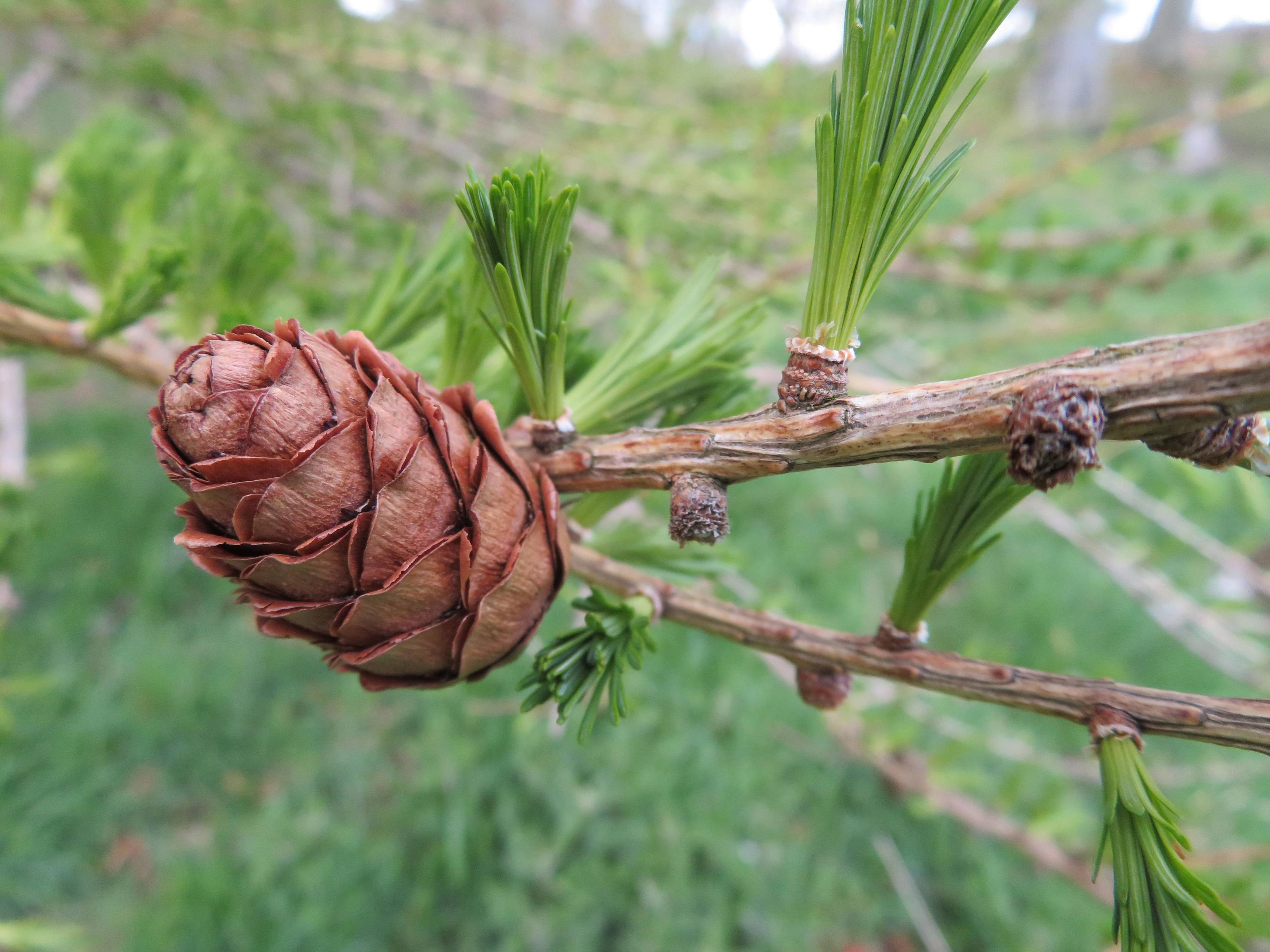 species-identification botany
Share
Improve this question
asked May 1 '18 at 7:06

To tell these larches apart from each other the shape of the scales on the cones is a good place to start.

European larch have cones with scales that are straight, rather than curving outwards.

Japanese larch have cones with scales that curve markedly outwards as in this photo below. 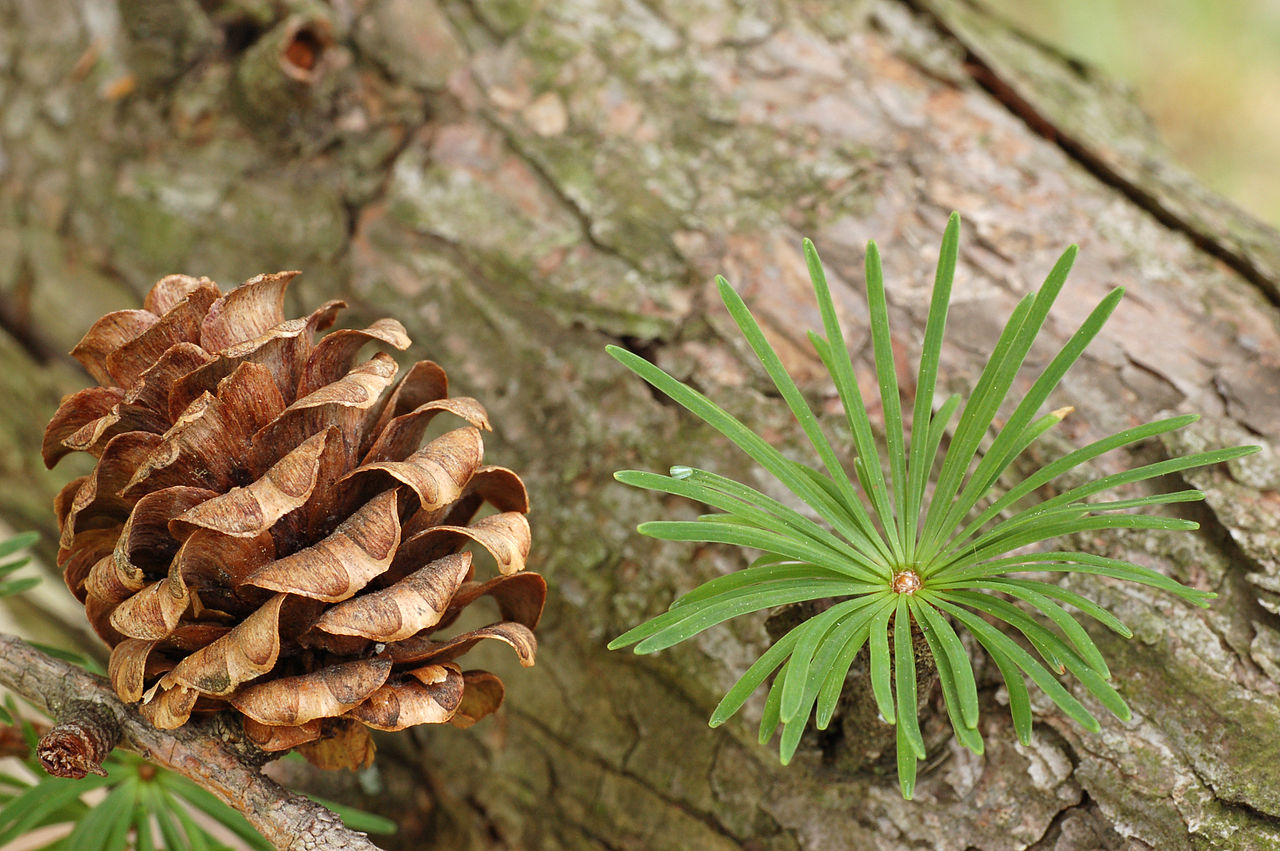 Hybrid larches, being a cross between the European and the Japanese, have cones that are in between. But as this Forestry Commissions publication, "Know your conifers", mentions there is some variation so it is useful to look at cones from more than one tree across a stand.

Summary: Your photo shows a cone with slightly curved scales or bracts, so I don't think that it is European larch. But it could be, it is slightly misleading as the seeds (the thinner bits are protruding).

Japanese larch cones are really curved, which when I was being taught tree ID were described as 'like roses'. So a definite, not Japanese.

So in my opinion it is most likely to be a Hybrid larch, but as the cone is not fully mature and open, and there is only one to look at it could be a European larch.

When looking at cones, I find it best to find old cones on the woodland floor that way you can see them at there most fully developed, and the differences between the species are more marked.

There is another ID feature between European and Japanese, and that is the colour of the stems. The former are straw-coloured and the latter are darker, brown/purplish colour. This becomes more obvious as the season progresses.

There are quite a lot of photos of cones on the web that have been given the wrong names, which makes it quite confusing. Best stick to Forestry Commission literature, or educational institutions.

When looking for photos I came across this YouTube video by Harper Adams University which is good and actually features the Japanese Larch photo that I found on Wikipedia.