Caveat: this is my first question here, it is quite interdisciplinary, but I hope to be in the correct place to ask. I am a user of Mathematics Stack Exchange since some years ago, and this question is related with some questions there (here, here whose general formula is discussed here and here).

Context: I am preparing a mathematical paper regarding a new family of dynamical systems (if you are not familiar with the concept, simplifying the idea it is a mathematical formula in which starting from a initial value, once applied to the formula the resulting value is again applied to the formula, and so on, finally the values are plotted and eventually a -sometimes interesting- pattern emerges) whose attractors (plotted patterns) in the present case seem to have unexpected pareidolic properties.

Basically some of the patterns generated by these systems show similarities with some structures of invertebrate life forms, specially insects, marine jellyfish, and zooplancton and also due to the patterns of the accumulation of points, also with life forms presenting bioluminescence properties.

For each interesting pattern so far I have tried to find the closest life form example, to compare both the model and the life form patterns.

So my target is including in the paper the closest life form similar to each mathematical pattern. Initially it is just a pareidolic coincidence, but it might be interesting if the mathematical formula can resemble models of some organic structures.

These are the ones I have been able to gather, both the model and the closest life form I found. The pictures I am using at the right side of and below the images are just for the sake of completeness (they belong to their respective owners, I do not own them, if there is any problem I will remove them, so just please let me know). The formula can be verified at the MSE links I have added at the beginning of the question and the Python code to generate them is in this link (please feel free to use it and modify it). The questions are after the examples (click to enlarge): 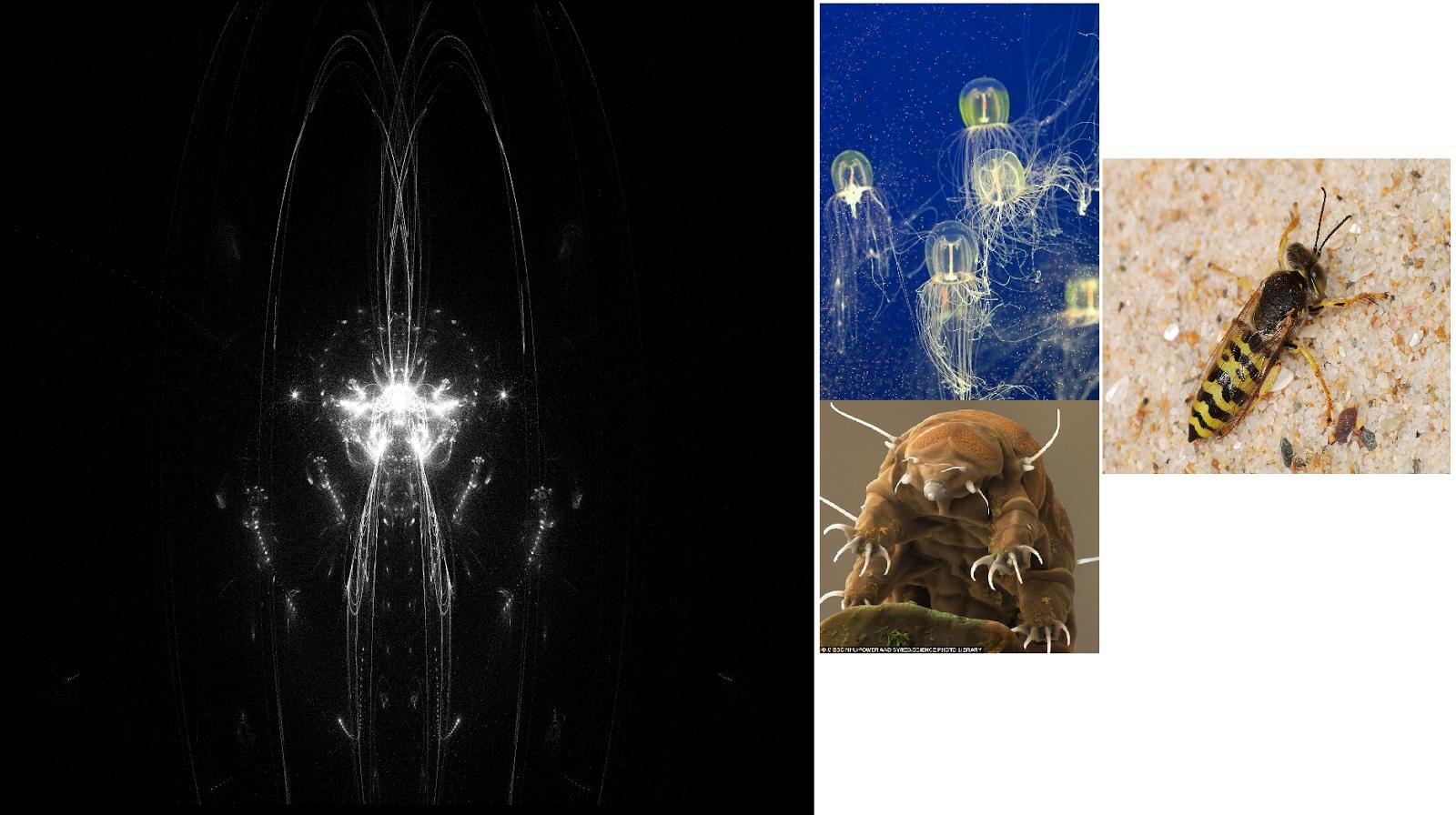 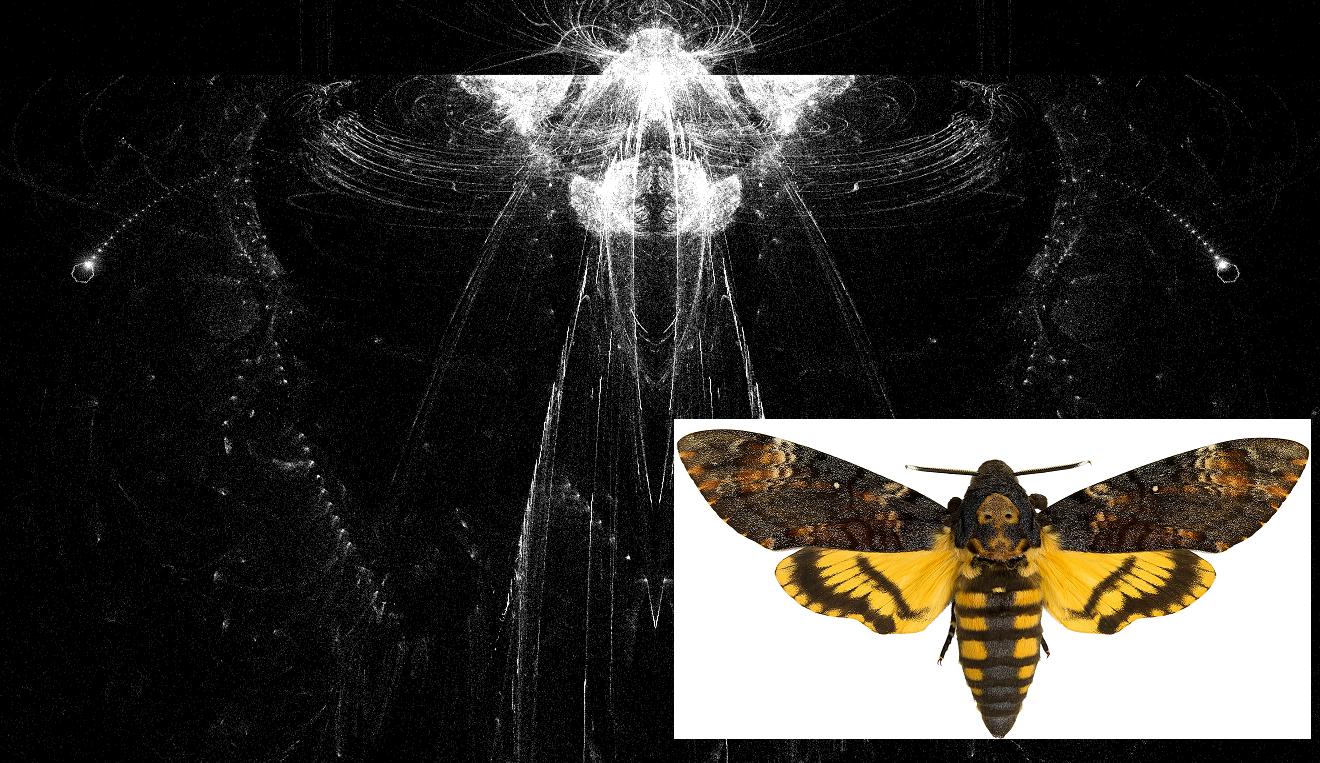 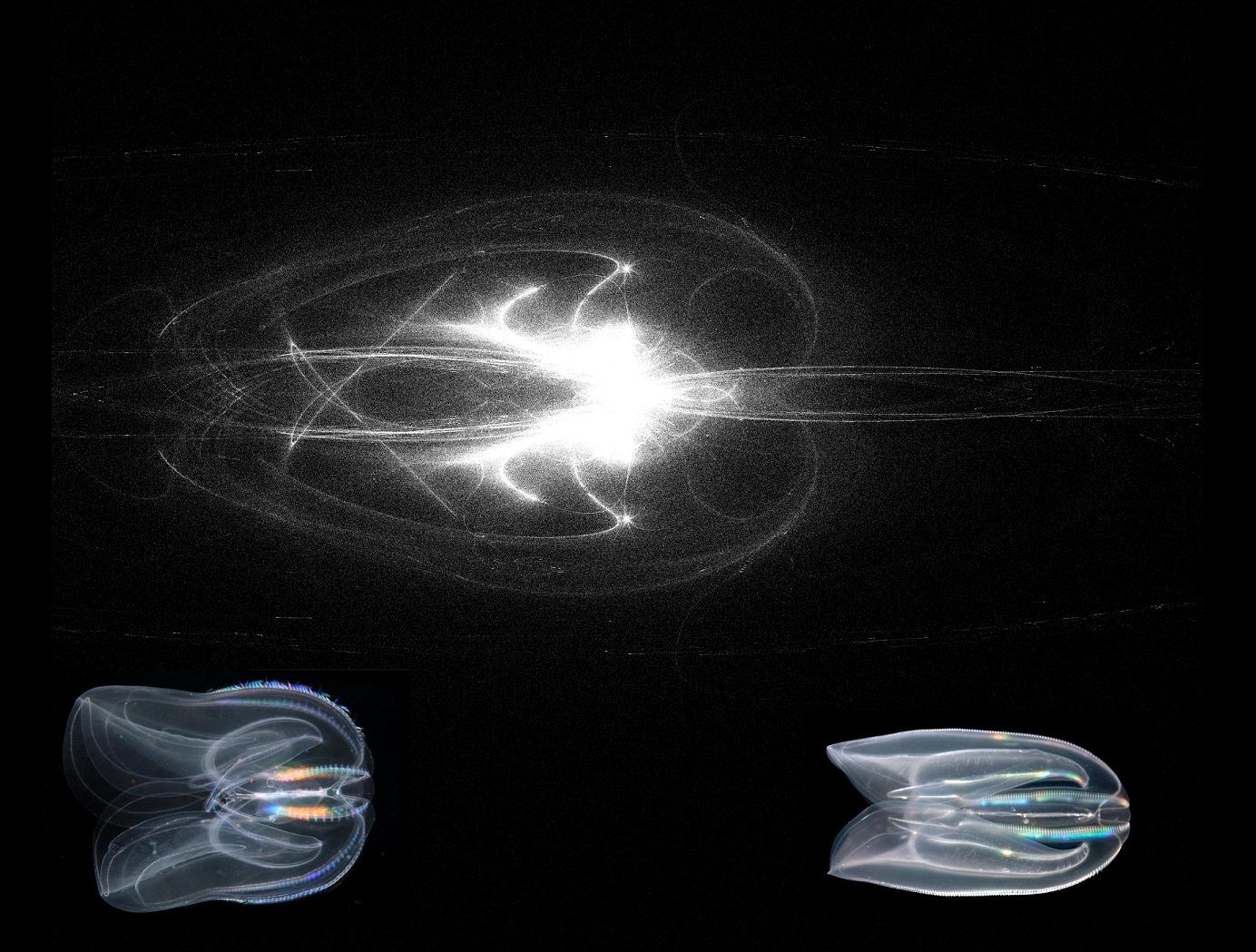 For the second subquestion (papers or references of similar models), it could be useful for you to look at the books by J.D Murray for inspiration; Mathematical Biology, vol I & II. A pdf of volume 1 can be found here, and the second volume here. Even if they are a complete of years old (last edition from 2002 I think) they provide a really nice background to the field of Mathematical biology, and he has quite many examples on pattern formation of different kinds. I don’t remember if dynamics systems are included per se though.

However, several chapters include reaction diffusion systems and wave models, to model e.g. coat/fur patterns and wound healing. It is also packed with references, so you should be able to find lots of classic citations that might be useful.

I've mostly looked at population modeling in his books, so I'm not very familier with these topics myself.

Not the answer you're looking for? Browse other questions tagged species-identification theoretical-biology taxonomy literature bioluminescence or ask your own question.

7
Computational/mathematical models for predicting phenotype from genotype
10
Genetic Drift: Models, assumptions and empirical observations
1
Hopfield-like neuron assemblies
3
Biological meaning of taking zero as coefficient of the Laplacian in mathematical models of cell motility
3
What type of bee/wasp is this?
6
Where does this equation in the electrophysiology literature form come from?
4
Identify these two large, colorful dragonflies in Taiwan?