If it weren't for animals, insects, or people, would plants that produce seeds (nuts, fruit, etc) cease to exist?

I gather that some would or could in theory still be successful, but don't most depend on takers to flourish?

Not all seeds need to be ingested in order to be spread from one place to the other, in fact some won't grow at all if eaten, some need the fruit to help them germinate and sprout after they hit the ground. Nuts simply will not grow at all if you crack them open.

Most plants rely on the wind to disperse their pollen and seed.

Dandelions are a prime example of a plant with wind carried seeds, their seeds can travel for hundreds of kilometres on parachutes before settling down and germinating in the ground, plenty of other weeds and plants go to seed the same way. 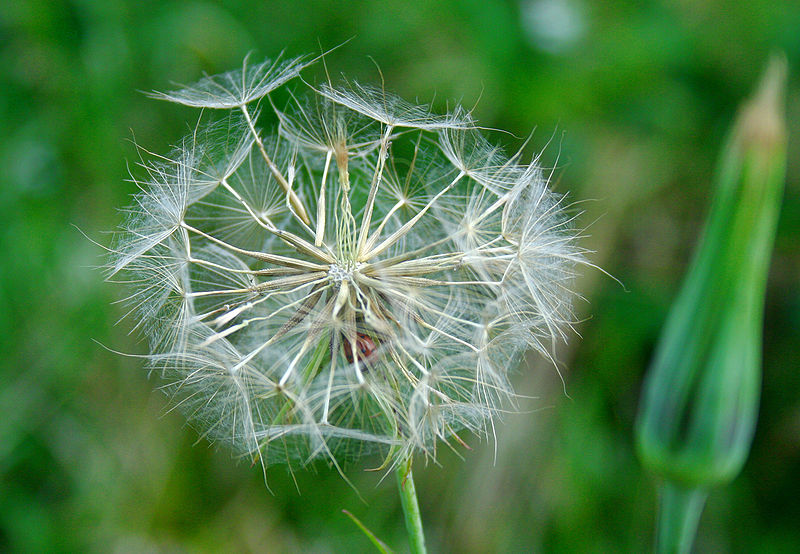 Cotton bearing trees produce their cotton so the wind can carry their seeds, like the Cottonwood and many species of Poplar tree. 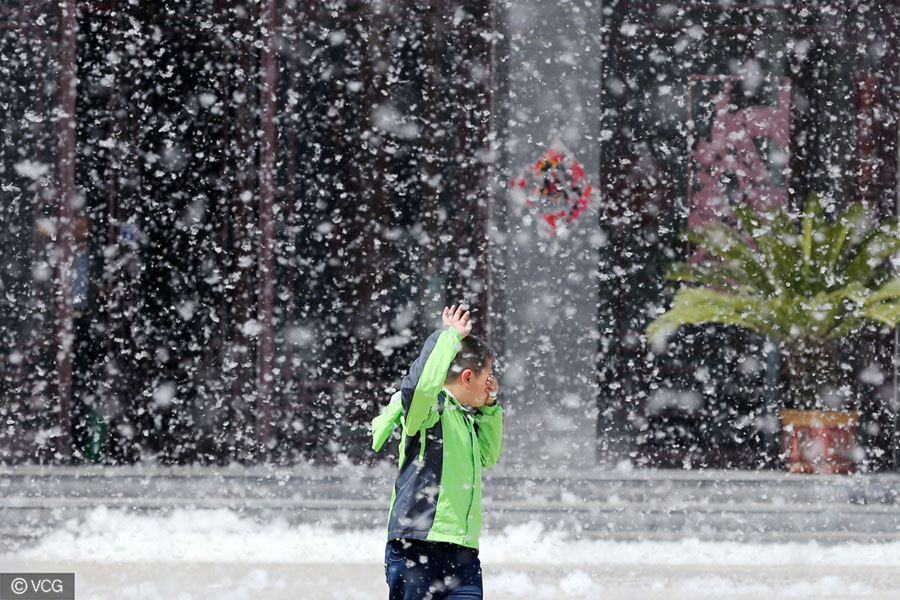 One of the fun ones is helicopter seeds. Maples, elders and ash trees are among the species that disperse their seeds this way. The seeds will literally helicopter down, and fly great distances on the wind if it's strong enough. Even as an adult it's still fun to pick these seeds up of the ground and drop them just to watch them fly. 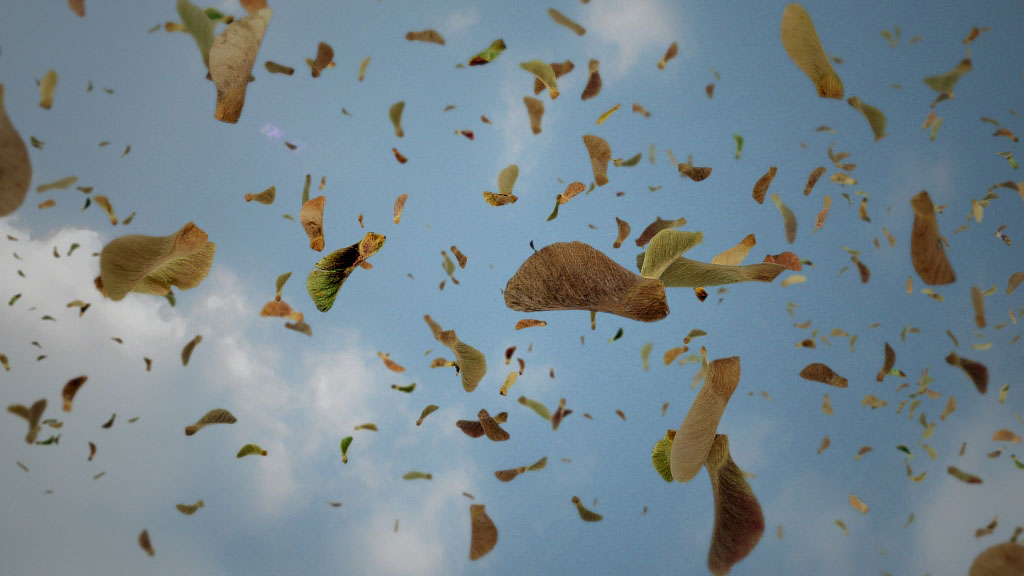 Some trees don't even need to go to seed in order to spread and multiply. Poplars are notorious for sending out suckers underground. Their roots systems spread out from the tree near to the surface and sprout suckers that will pop up out of the ground an grow into another tree. Other bushes and plants do this as well, like raspberry plants.

Not even all fruit is intended to be eaten, The fruit of the chestnut tree is sour, and covered in sharp spines that hurt. We used to spin them around and throw them at each other as kids imaging we were medieval warriors wielding maces. The spikes can get rather long and sharp, I've seen them stick to kids that have been hit by them, and after plucking them off they develop a golfball-sized welt covered in lots of tiny puncture marks. 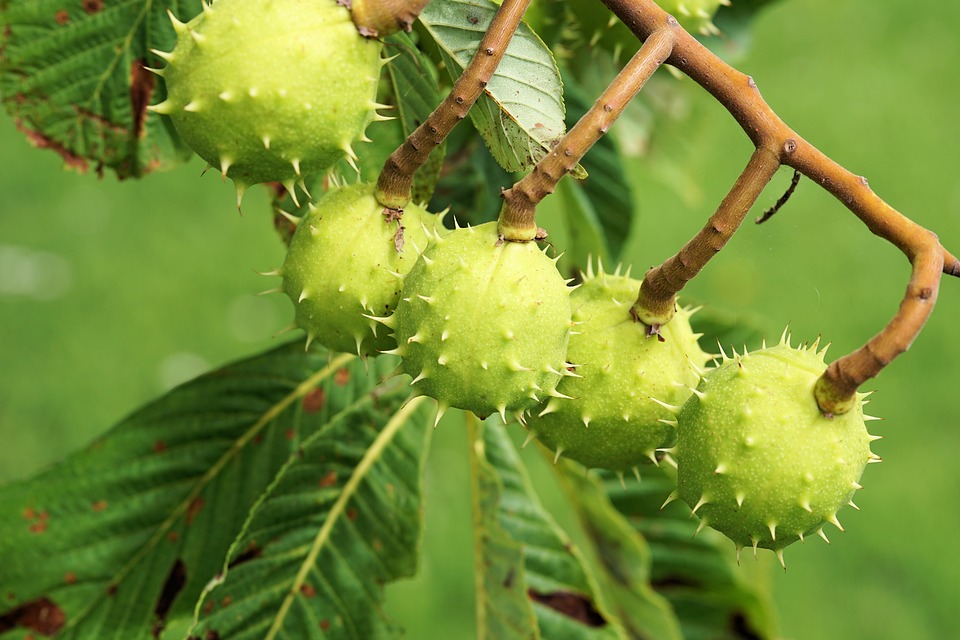 Worst case scenario for plants that spread their seeds via burrs or by being ingested a pooped out elsewhere if animals were to suddenly cease to exist is that they wouldn't be able to disperse their seeds as far. They'd simply drop their seeds beside them, but they would continue to exist.

A really good book on how trees work is this one:

Trees: Their Natural History 2nd Edition by Peter A. Thomas

I think pollination would be a bigger issue. There are trees that depend on very specific animals for pollination. Some would probably vanish after existing plants died.

And, yes, there are trees that depend on animals for seed distribution. But, they would probably get by. They would spread a lot slower. But, they also wouldn't have animals around to eat their fruit/seeds/nuts. For example, squirrels and jays cache nuts from various locations and they don't retrieve them all later.

There are also trees totally dependent upon specific animals: There is a South American plant/tree dependent upon the agouti to open the shells of their nuts and bury some. Nothing else can do it. I am not sure if the shells would deteriorate fast enough for the insides to have a chance to grow.

I think this question is wonderful. This is the kind of thinking everyone should find themselves doing everyday. And, my answer would be, yes, plants would adapt to other ways to disperse seed. It would take a long time but you bet, if that method of dispersal stopped plants would evolve to use only wind or water to disperse seed. The dandelion's method would become the norm. Maple seeds, the little helicopters would become even more impressive.

The problem with your scenario are insects; bacteria, nematodes, fungi and macro soil organisms the millipedes, earthworms...without these decomposers it would inhibit decomposition and thus no food for all the other soil organisms, some plants are totally reliant upon. Plants would change, evolve into a more survivable organism.

Plants already communicate via chemistry to protect their own species. When the antelope and other herd beasts in Africa got overpopulated and started to put major stress on the shrub trees, the shrub trees got together and became poisonous and killed entire herds of animals.

I am wondering when plants will turn on us! Grins...

Not the answer you're looking for? Browse other questions tagged trees or ask your own question.

4
Why do pine stands exist?
1
Previously frozen papaya seeds sprouted. How will it affect the plants?
7
Tree ID request
15
Australian Tree Identification - maybe pine?
3
Strange white strings on cherry tree leaves
3
Identifying a weird Texas tree
5
What might a supposed “tree enzyme” be — injected into a Morton Bay Fig tree?
2
Is Black mulberry always deciduous?
0
Are there organisms that “branch more” near the leaf?