What is this small brown spider? 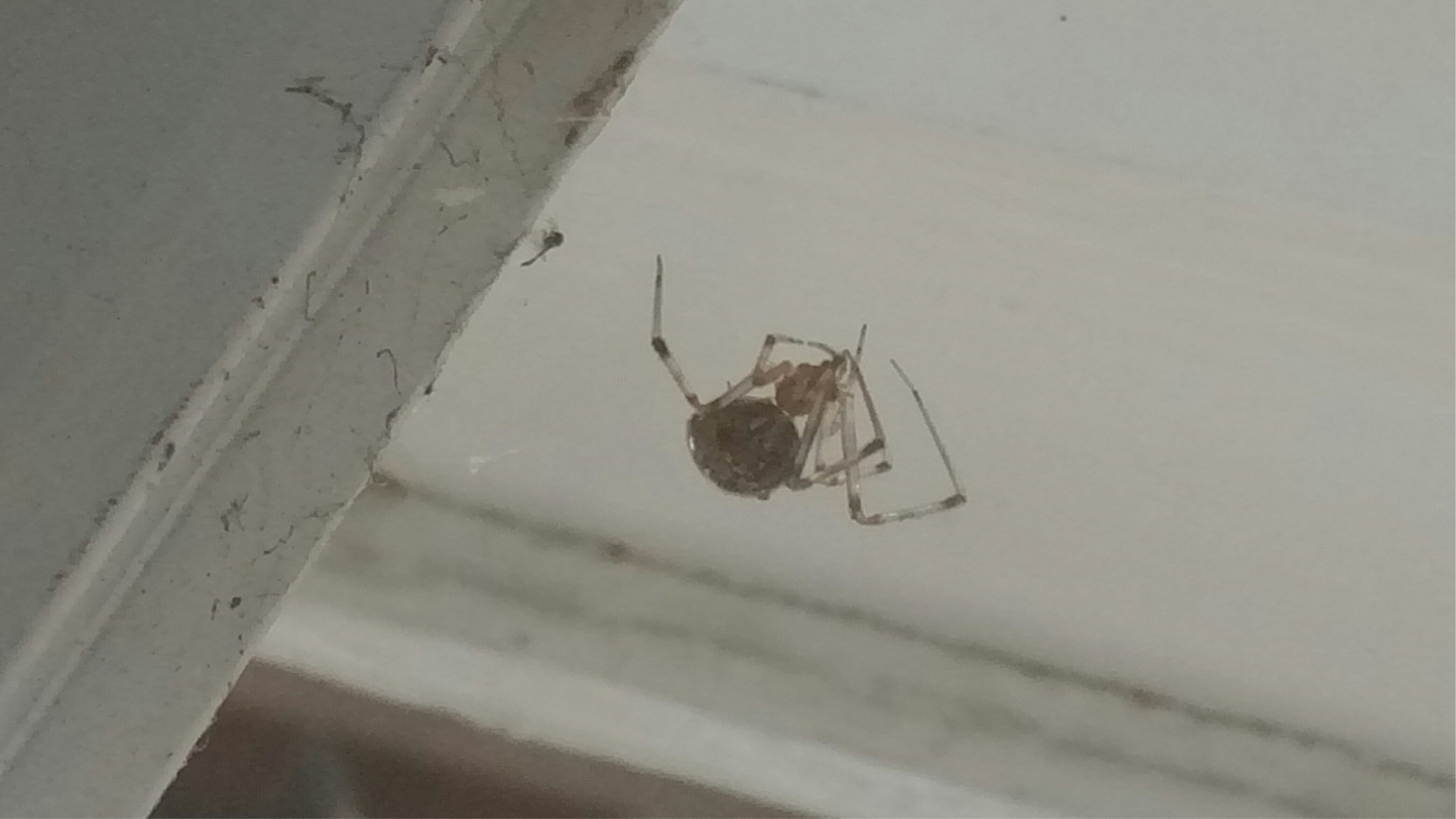 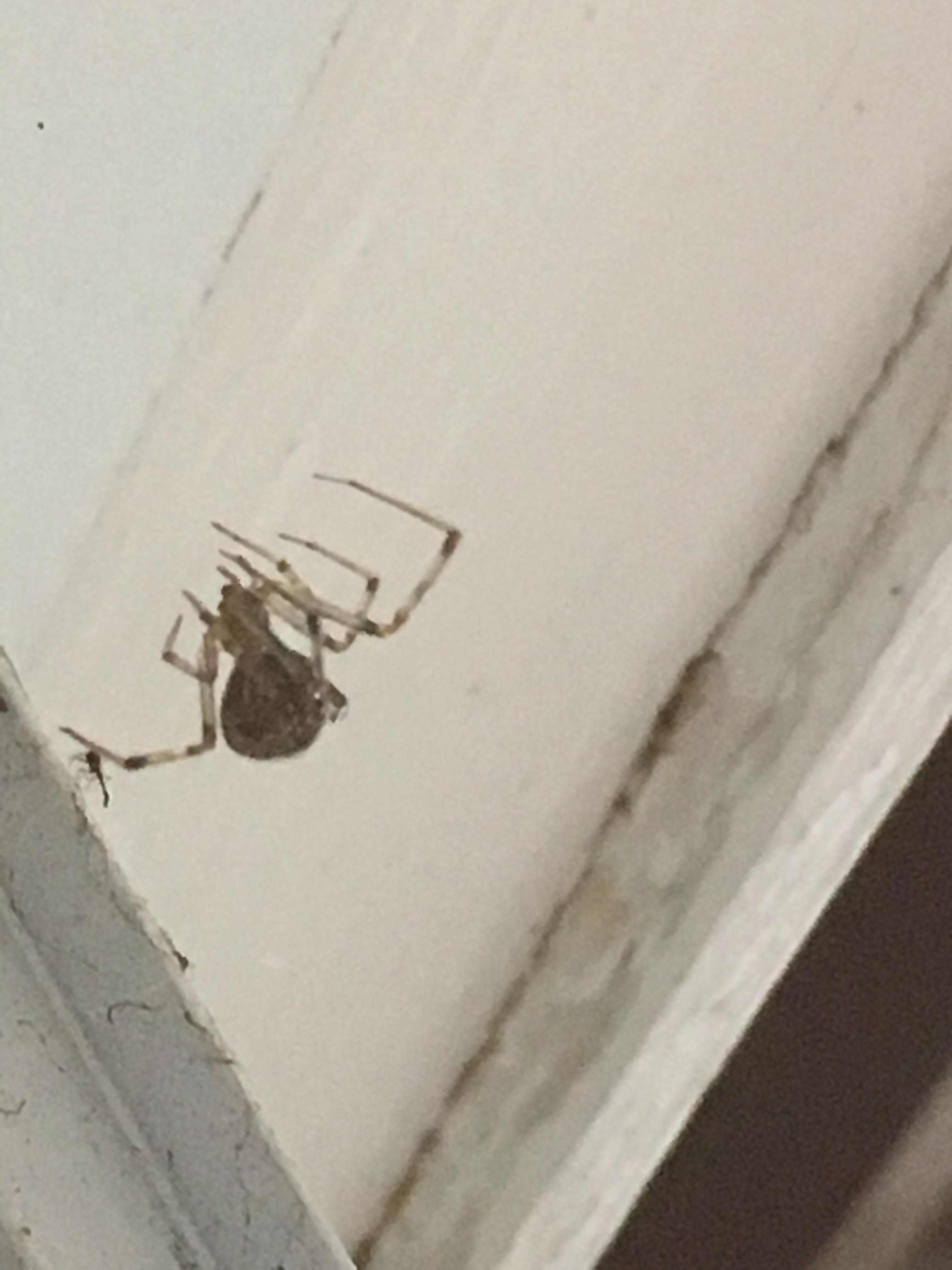 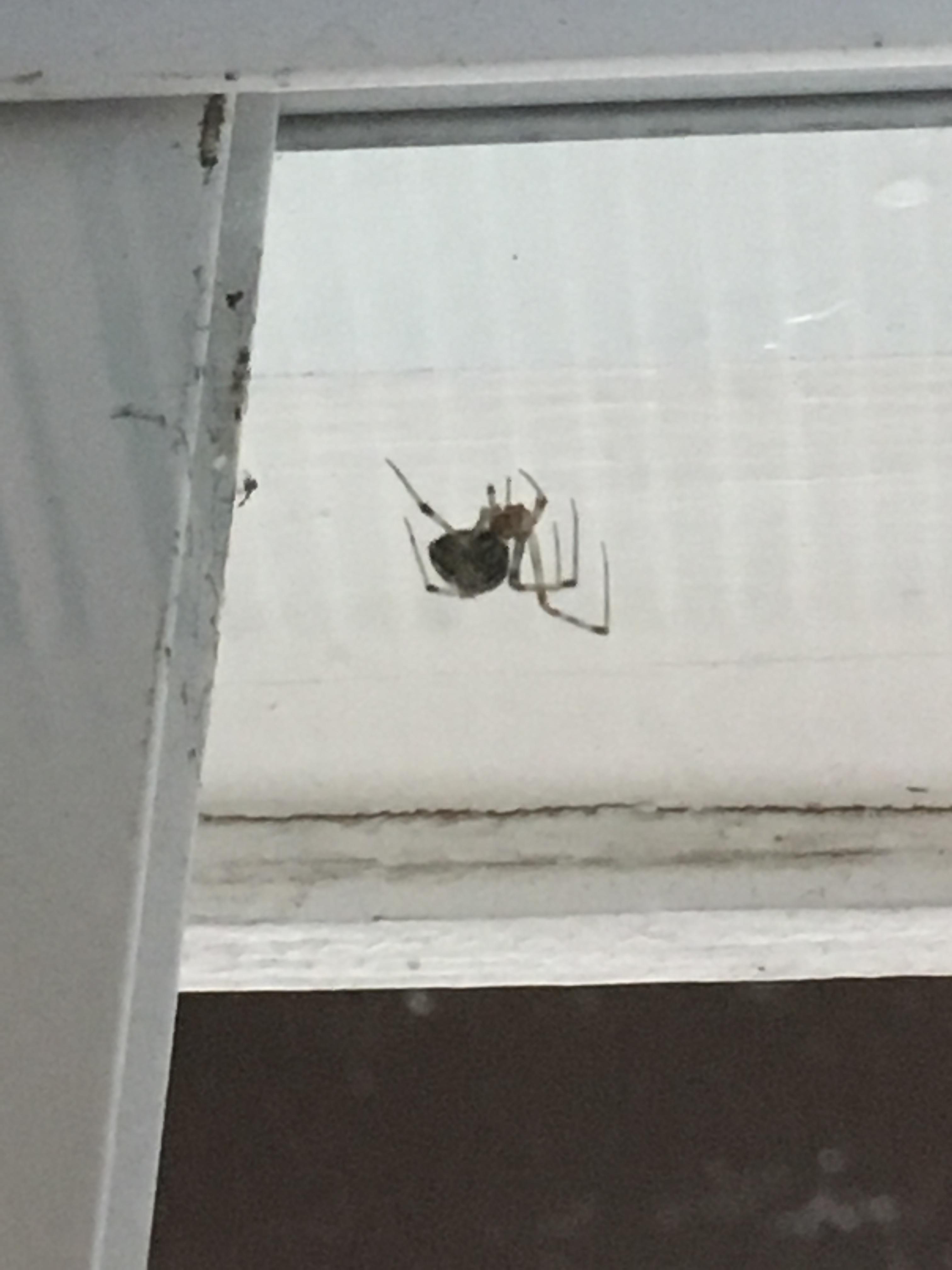 Found in a doorway in eastern Tennessee. With its legs fully extended, it's about the size of a quarter.

species-identification entomology
Share
Improve this question
asked May 18 '18 at 23:43

This spider has a roughly globular abdomen, (actually kind of egg-shaped, and pointed, which is a good clue), and is hanging upside-down in a 3-dimensional web which (if we could see it) would look pretty tangled instead of a nice, 2-dimensional orbweb. It doesn't have any noticeable pattern other than the banded legs, and the greyish-brown abdomen looks like it has some darker blotches. It's made its web near the top of a doorway in a house. These clues all point to a very common Theridiid spider which goes by the name of House Spider. It's not the House Spider that spins a flat sheet from a funnel retreat - that's the Tegenaria House Spider. This House Spider is the Theridiid House Spider Parasteatoda tepidariorum. It's a harmless (to us) spider that eats almost anything it can entrap in its web. I've seen them happily eat Gypsy Moth caterpillars, centipedes and other arthropods that aren't very popular choices among household spiders. Here's a link that you can browse to see the wide degree of variation that this spider can show - but always a kind of smudgy, blotchy greyish brown abdomen, banded legs and the tangled web in which it hangs upside-down. You'll note that the legs of this Theridiid, like most of its relatives, aren't as burly and sturdy-looking as those of its cousin the Black Widow. These Theridiids kind of totter along on their relatively spindly legs when out of the web, while the Widows go striding along like small Mecha-Spiders. I always expect to hear the Imperial March from Star Wars when I see a Widow walking on the floor.