What type of insect in this? [duplicate] 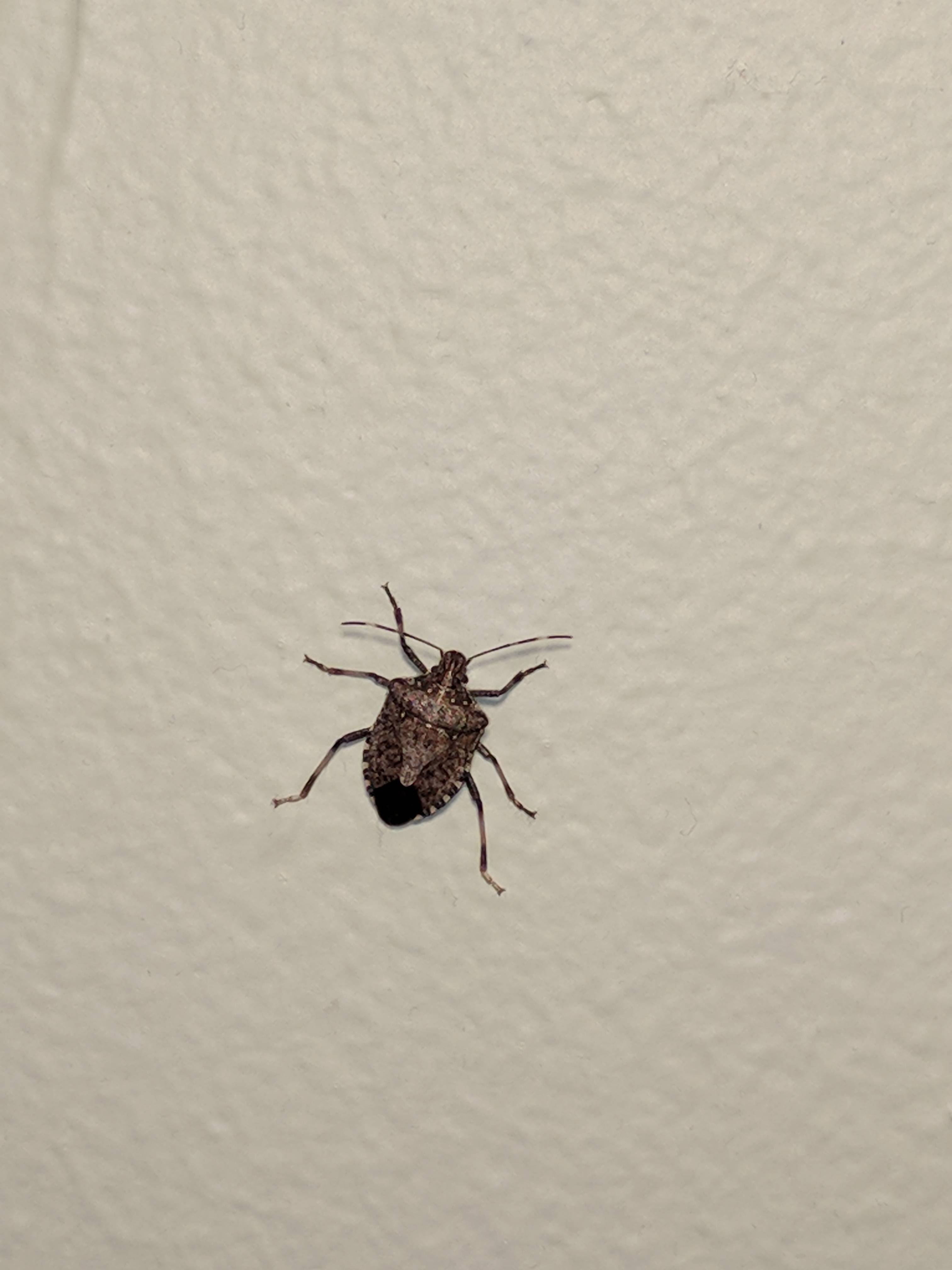 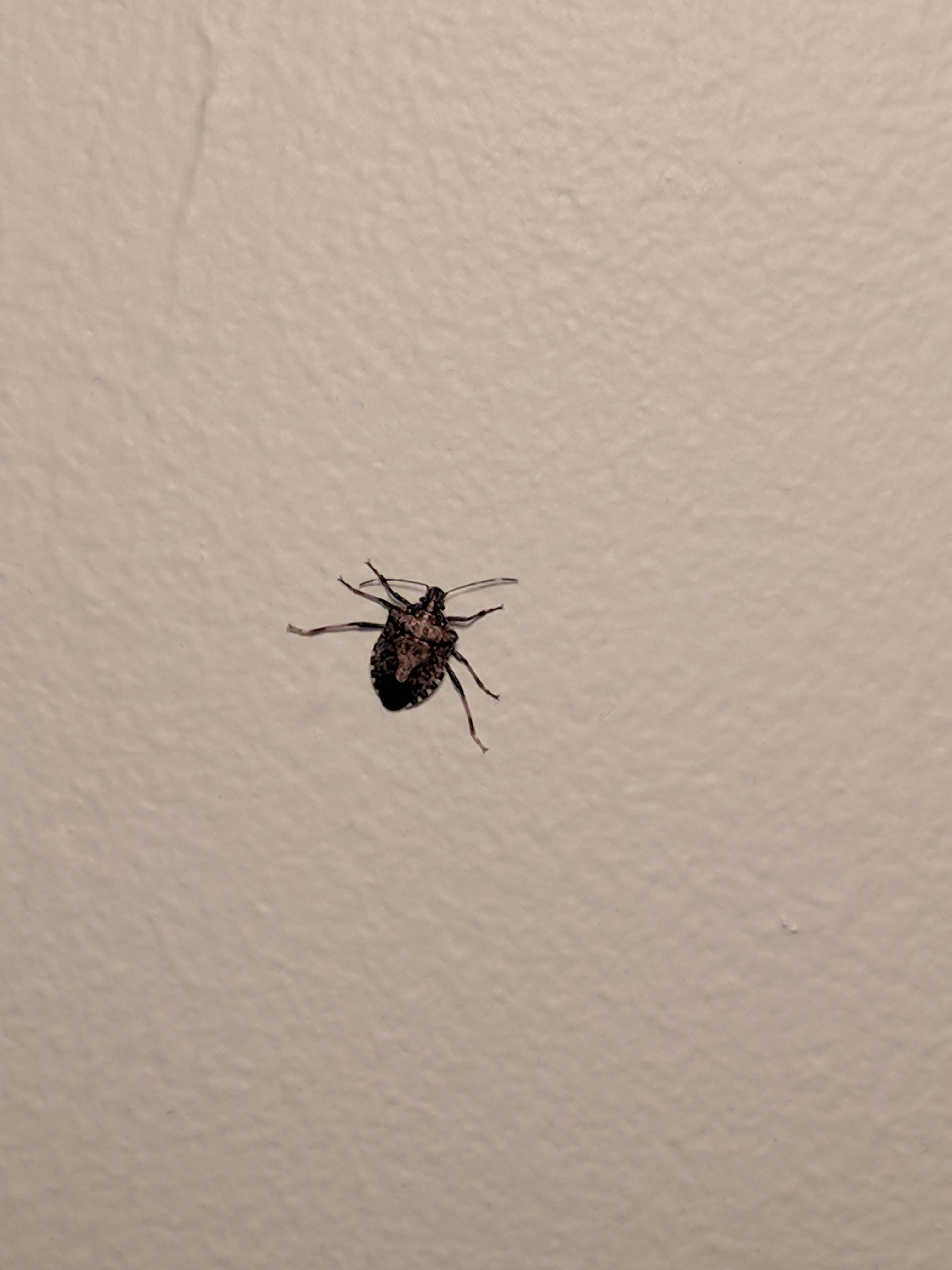 Can anyone tell what of kind of insect is in this image ? They have been showing up in my room for the past month; never happened before that. The room is generally hot during daytime. 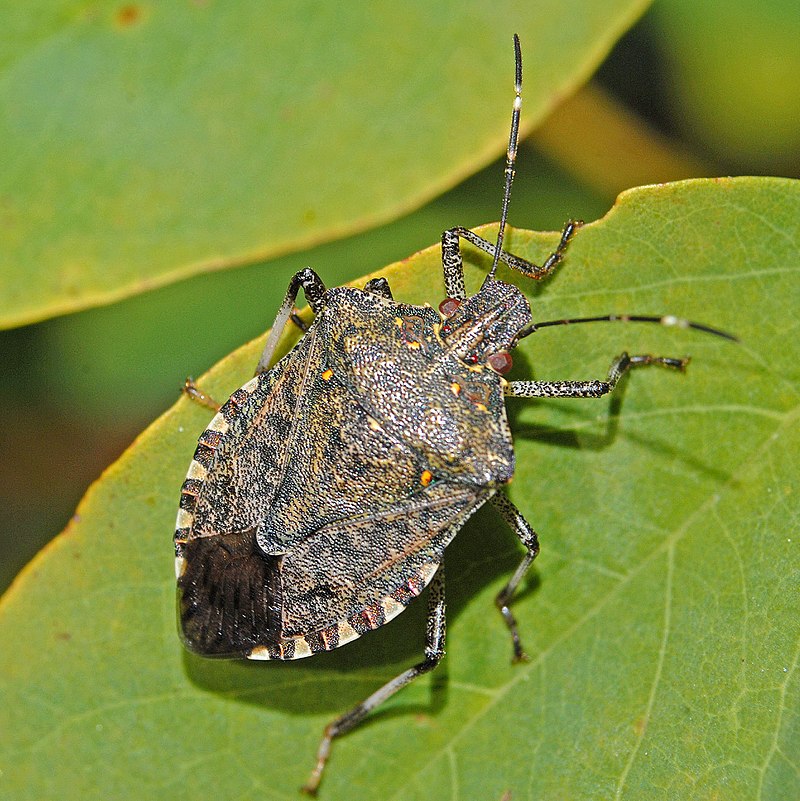 That is a "shield bug" in the order Hemiptera. They're often called stink bugs because they release noxious chemicals for defense. I agree that it does look like the brown marmorated stink bug, but there are several species that look similar. Depending on where you live, the brown marmorated stink bug may be an invasive species. The links below show how to distinguish them, and give info about the invasive species. They're showing up in your room because they over-winter in houses, and become active at warmer temperatures. They can become a serious problem due to forming large colonies, so you may want to look for obvious places they could be getting in, and seal up the entries. Once they start hanging out in your house, they attract others with scents. The Farm and Dairy article has a simple, inexpensive cleaner recipe to remove the chemicals they release to attract more stink bugs.

The brown marmorated stink bug as an invasive species: https://hort.uwex.edu/articles/brown-marmorated-stink-bug/

How and why stink bugs get into your house, and how to keep them out: https://www.farmanddairy.com/top-stories/simplest-way-to-eliminate-stink-bugs-indoors/373786.html

6
Identification of an insect from midwest US
4
The smell of the shield bug (aka stink bug)
2
What insect is this? (England)