Is urban beekeeeping harmful or are there good practices to follow?

Are there good practices that could be followed to practice urban beekeeping without harming wild life (for example avoid placing hives close to a forest...) or is it harmful in any case?

Beekeeping in urban areas often require that beekeepers supplement their colonies with feed since urban areas have, on average, very little forage available to sustain a colony year-round. There are usually very little in terms of wildlife (or wild pollinators) when it comes to urban settings. In contrast, suburban areas would have more to offer as there are often backyard gardens and unmanicured lawns that could provide food throughout the season.

The wild pollinators within suburban to rural areas are probably under the biggest threat from managed colonies, but the impact is also usually very difficult to assess. Even with the limited range of managed colonies forage (around 5km), there's usually not enough of the colonies stretched out across a wide area in such big numbers that it would out-compete with other wild pollinators. The wild pollinators are often solitary, with much greater foraging capacity. As such, they would just move away from any competing resource if they're unable to defend it themselves until the threat subsides.

Regardless of the location (urban, suburban or rural), best practices still include protecting your colonies against diseases and pests. If you don't you may end up losing your colony, or spreading diseases to other colonies or wild pollinators. Probably the most significant threat nowadays globally (except for Australia) would be Varroa Destructor. So, best practices here would include keeping on top of these mite loads to avoid it from spreading and/or overrunning your colony.

As reference, here is a visual capture of the article: 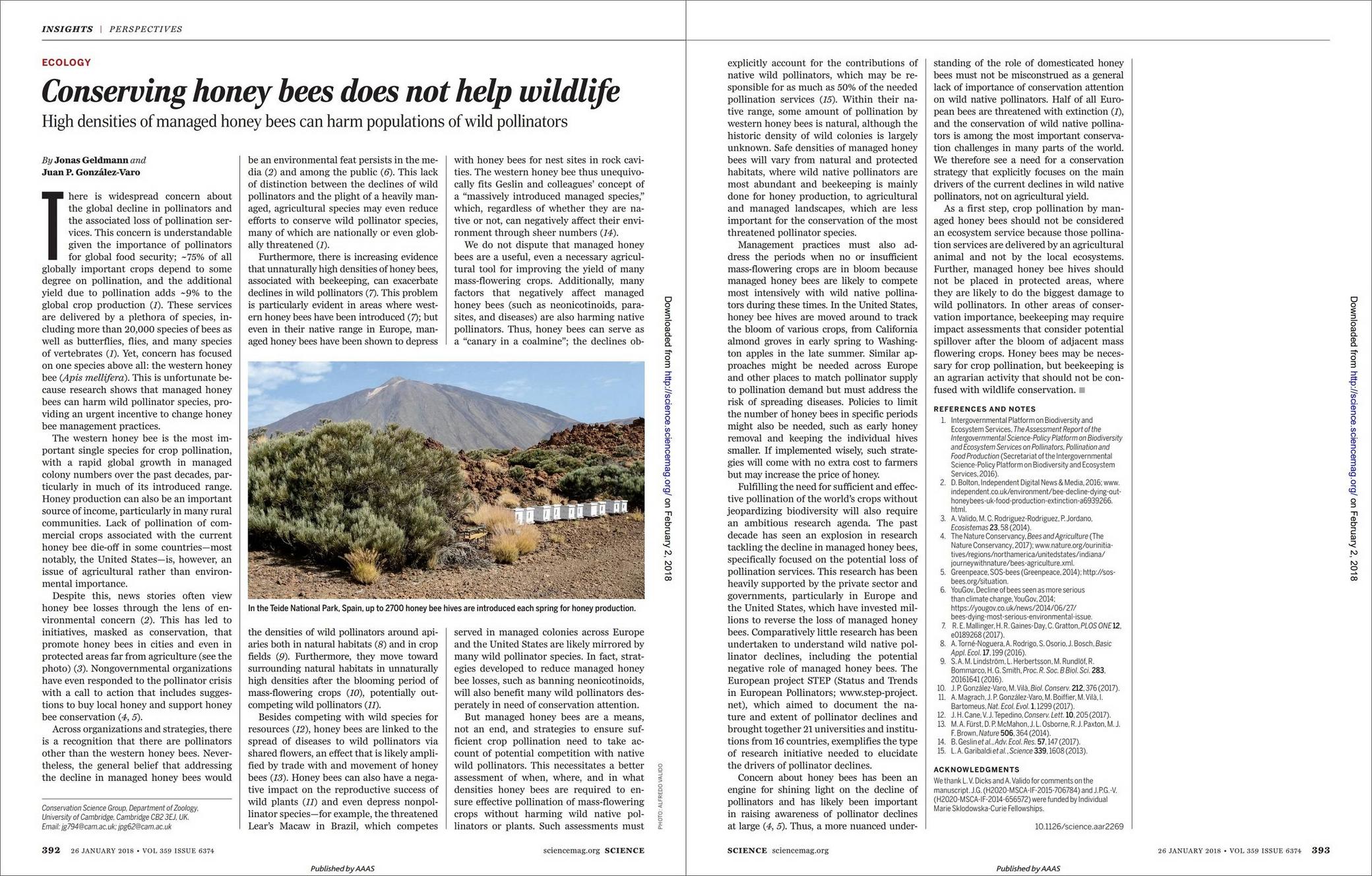 Not the answer you're looking for? Browse other questions tagged entomology community-ecology zoology or ask your own question.

11
Are there any solitary species of ant or termite?
3
Why are urban birds still scared of humans?
6
Why are there ecosystems?
5
Is there a good explanation for this swarming pattern?
48
Are there any animals that are both poisonous and venomous?
3
Have there ever been as many mammals as there are now?
0
Are there any "thermotroph" lifeforms?