What is the dependent variable of a relative fluorescence graph?

However, I thought that the dependent variable in this kinetics would be time. Since this has relative fluorescence from 100 to 0, isn't the change in fluorescence for all four conditions the same, while the only affected variable being rate (which in this experiment is more dependent on change in time)? 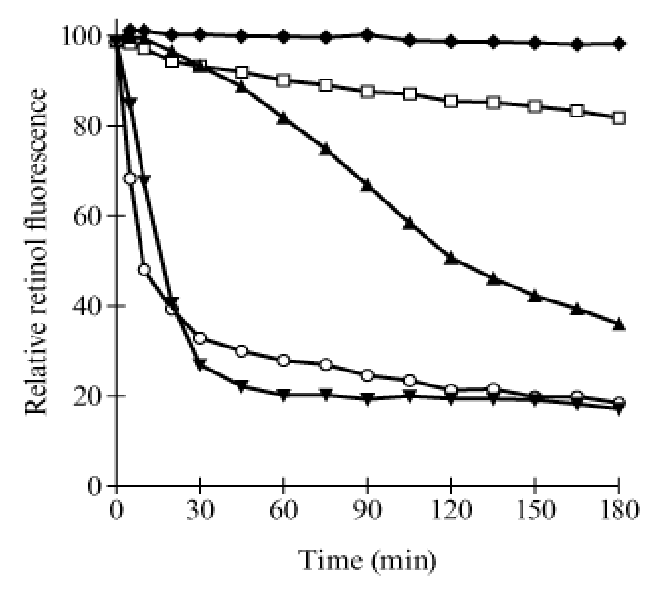 When a variable is independent, it's not affected by any other variable. Relative fluorescence obviously depends on the time parameter in this case. If you stopped at 30 minutes and took readings ever 3 minutes, your data would look very different.

Without more information about the experiment, however, it's hard to tell if there are additional variables.

Not the answer you're looking for? Browse other questions tagged biochemistry enzyme-kinetics kinetics or ask your own question.

12
How do plants 'tell time' for circadian rhythms based on a ~24 cycle?
3
Independence of Light independent reaction in photosynthesis?
6
Enzyme kinetics; what happens at the peak of the Gibbs energy graph?
2
Chemical methods to detect cell division
2
Is this experiment to check enzyme reaction rate according to substrate concentration correct?
5
Michaelis-Menten equation; how to find the constants from enzyme activity experimental results?
2
When in Ampicillin degraded (gone) in liquid TB-media? Concerns about selectivity
0
Which one is better to use for water stress experiment GWAS or RNASeq?
3
CO2 availability to phytoplankton in oceans and climate change impacts