What is the meaning of “Rb is in the active state”?

I am reading about cyclins, cdks and Rb (Retinoblastoma) and some of the terminology is not clear to me.

I understand that when CDK phosphorylates Rb, it disconnects from E2F, and E2F can act as a transcription factor. My question is about the terminology.

In general, Maybe one can say that binding (Rb with E2F or Cyclin with CKD) means activation and disconnecting means inactivation? 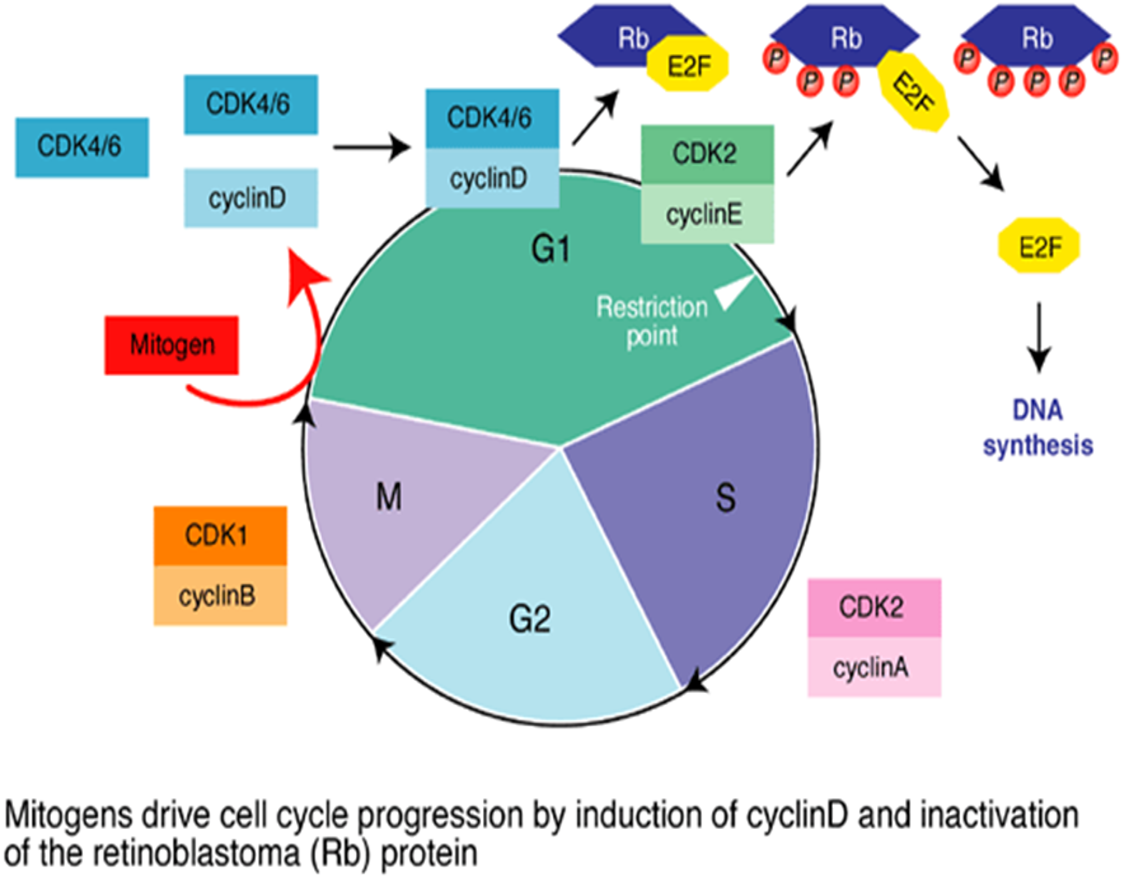 As for your last question:

In general, Maybe one can say that binding (Rb with E2F or Cyclin with CKD) means activation and disconnecting means inactivation?

As mentioned above, you could say that about a cyclin and its CDK.
Unfortunately, you can't say that in general. E2F here is a counter example (it is inhibited when Rb binds to it and activated when Rb disconnects from it).
However, you could say that in general, when something binds to a protein, the protein might change its shape, which might lead to activating or inhibiting some function.

Cyclin-D: Regulatory component of the cyclin D1-CDK4 (DC) complex that phosphorylates and inhibits members of the retinoblastoma (RB) protein family including RB1 and regulates the cell-cycle during G1/S transition. (UniProt: P24385)

Not the answer you're looking for? Browse other questions tagged molecular-biology cell-biology cancer cell-cycle or ask your own question.