Yesterday evening, I spotted this quite huge insect at my home in southern Poland (the exact location of the place). Unfortunately, I have only a very low quality pictures available at the moment: 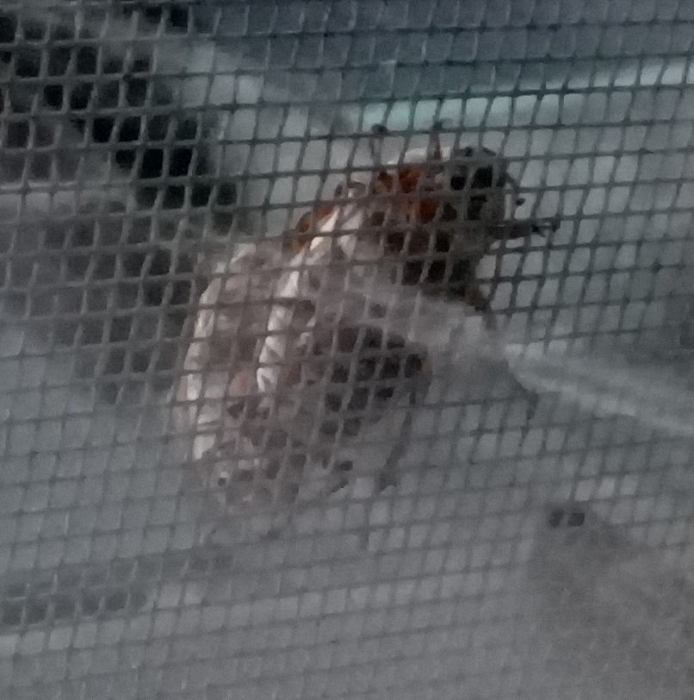 The quite huge (as per typical insect in Poland) size of this species was kind of surprise for me, but its behavior was even more surprising to me:

And then, the whole cycle was repeating until (late evening) only one species remained on mosquito net, which was also gone late in the night (not found the following morning).

Found it, with a lot of help from my local neighbors. It is Melolontha melolontha or cockchafer. 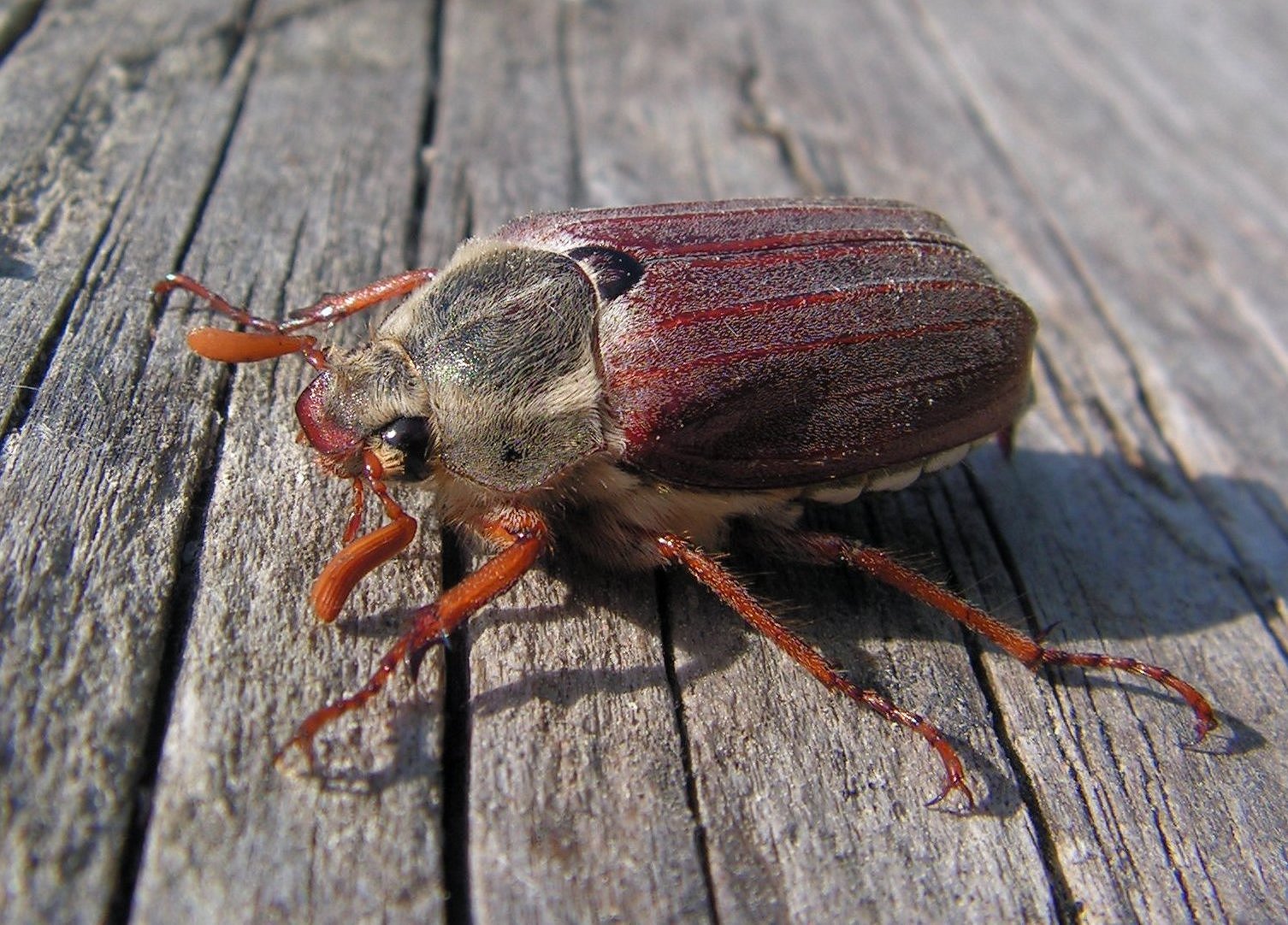 The cockchafer, colloquially called May bug or doodlebug is a European beetle of the genus Melolontha, in the family Scarabaeidae.

Once abundant throughout Europe and a major pest in the periodical years of "mass flight", it had been nearly eradicated in the middle of the 20th century through extensive use of pesticides and has even been locally exterminated in many regions. However, since an increase in regulation of pest control beginning in the 1980s, its numbers have started to grow again.

Here, where I spotted this insect (Upper Silesia) it is called in local language (in Silesian language) "julik", which is quite correct, since they seems to appear in July.

However, as per above cited part and as per Polish counterpart to above cited article, officially this insect is called after May, either "May bug" (English) or "Chrabąszcz majowy" (Polish). Most likely because adult forms of this species appears mature by the end of April and through May.

4
Identifying flying insect from northern Poland / Baltic Sea area
5
What insect is in the PHP bugs logo?
3
Is this a large bee? (species identification)
17
Identify this giant green moth(?) with great taste?
3
Identify a small spider from southern Poland / eastern Europe
6
What is this giant mosquito-like insect?