Melatonin production, sleep, and "cyan light"; how might this finding be possible?

The BBC News article Cyan colour hidden ingredient in sleep describes research that suggests melatonin levels as measured in saliva could be affected by the presence or absence of cyan color in a displayed screen, even when the color balance was adjusted so that the difference was not visibly perceptible.

The colour cyan - between green and blue - is a hidden factor in encouraging or preventing sleep, according to biologists.

The impact was felt even if colour changes were not visible to the eye. (emphasis added)

The researchers want to produce devices for computer screens and phones that could increase or decrease cyan levels. 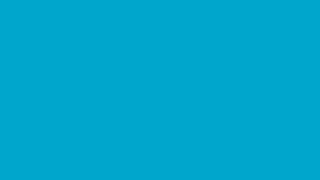 Is cyan going to keep you awake?

edit: According to Wikipedia, monochromatic light would have a wavelength in the range of 490 to 520 nm, and if you wanted to create a visual impression of cyan, you'd use a mixture of Green and Blue channels:

There is an additional opsin (photosensitive protein), found in the ganglion cells rather than the rods and cones, that is sufficient for responding to light and causing the production of melatonin by the pineal gland (mediated by the suprachiasmatic nucleus of the hypothalamus). Processing of light signals by the circadian system is quite separate from processing by the visual system. This is discussed briefly in Chapter 47 of Kandel's Principles of Neural Science, but you can read more about it in this review.

I am guessing that this even possible because color perception comes through the sensitivity of three (or four?) color channels and so two different spectra can appear to be the same color.

While this can happen, this is probably not what the article is referring to.

I would guess that the caveat here is "visible to the naked eye" -- that is, the viewers didn't consciously perceive the cyan color. That doesn't mean that your eye didn't transmit its presence, as vision is the most "processed" sense we have. The screen you're reading this on is made up of RGB pixels on a scale small enough that your brain blends them together to construct an image made of the average color of the pixels.

It's very possible that there could be some cyan colors mixed in right now, but not in high enough concentrations for your brain to average them out into something you consciously "see".

For the experiment it's probably something similar: The cyan was there and picked up by the eyes, but the post-eye processing performed by the brain filtered it out from conscious view. That, however, doesn't mean it can't impact other portions of the brain. You still perceived it, it might still have an effect elsewhere, but your brain just isn't presenting it to you as "important" information.

Not the answer you're looking for? Browse other questions tagged human-biology neuroscience vision sleep color or ask your own question.

7
Can the eye distinguish between pure and composite colours and how do we measure this?
0
Is it true that some organs "sleep" at certain times of the day and does this affect dieting or when to take medicine?
2
A strain of my hair has a grey spot in the middle, how is this possible? And why does it happen?
1
What is this type of diagram called and how to interpret?
2
Is chromatic aberration related to the spectral sensitivity of the human eye and can it cause "relative myopia" and "relative farsightedness"?