What is this aquatic organism in Fiji? 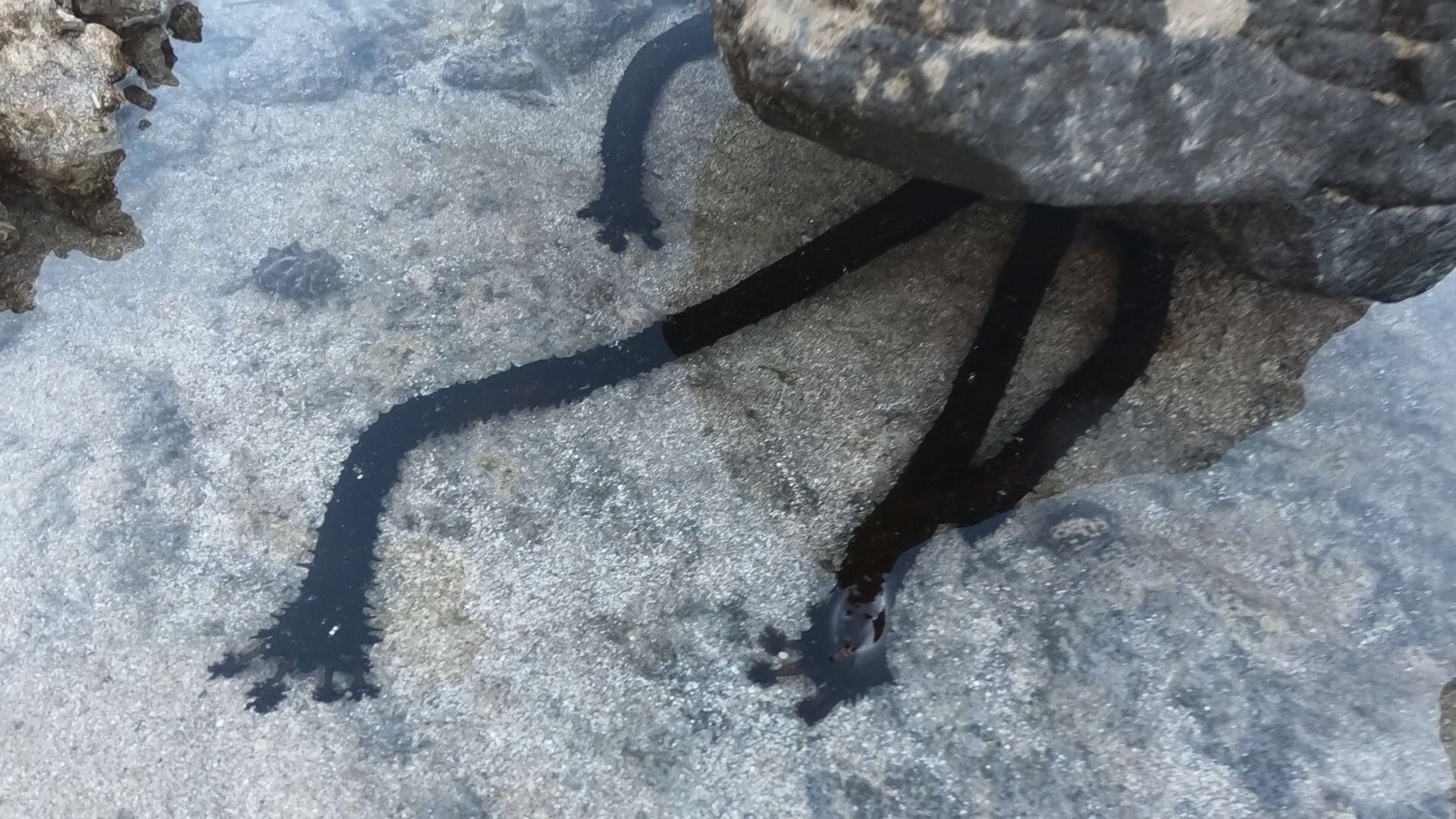 It is probably Holothuria leucospilota

Holothuria leucospilota is a medium-sized sea cucumber reaching a length of up to 40 centimetres (16 in) when relaxed but it can stretch to about a metre (yard) when extended.

Holothuria leucospilota is found in shallow water along the east coast of Africa and in much of the Indo-Pacific region. It is a common species on the north east coast of Australia where it is found on reefs and rocky coasts, often partly concealed under a boulder.

3
Bright green caterpillar with long white stripes, few hairs, no extensions, possibly Noctuidae
3
Black/dark-red smooth West African worm, full of red blood
4
What is a tuckahoe?
6
What are these tiny creatures swimming around my aquarium?
0
What is the kind of this wasp killing spider from UK?