I recently ran a gel on a new system and came out with something I've never seen before.

I loaded the first three wells with a ladder in the first and an uncut plasmid in the next two. There are no bands, just swirls all over the gel.

Any ideas as to why this is happening? 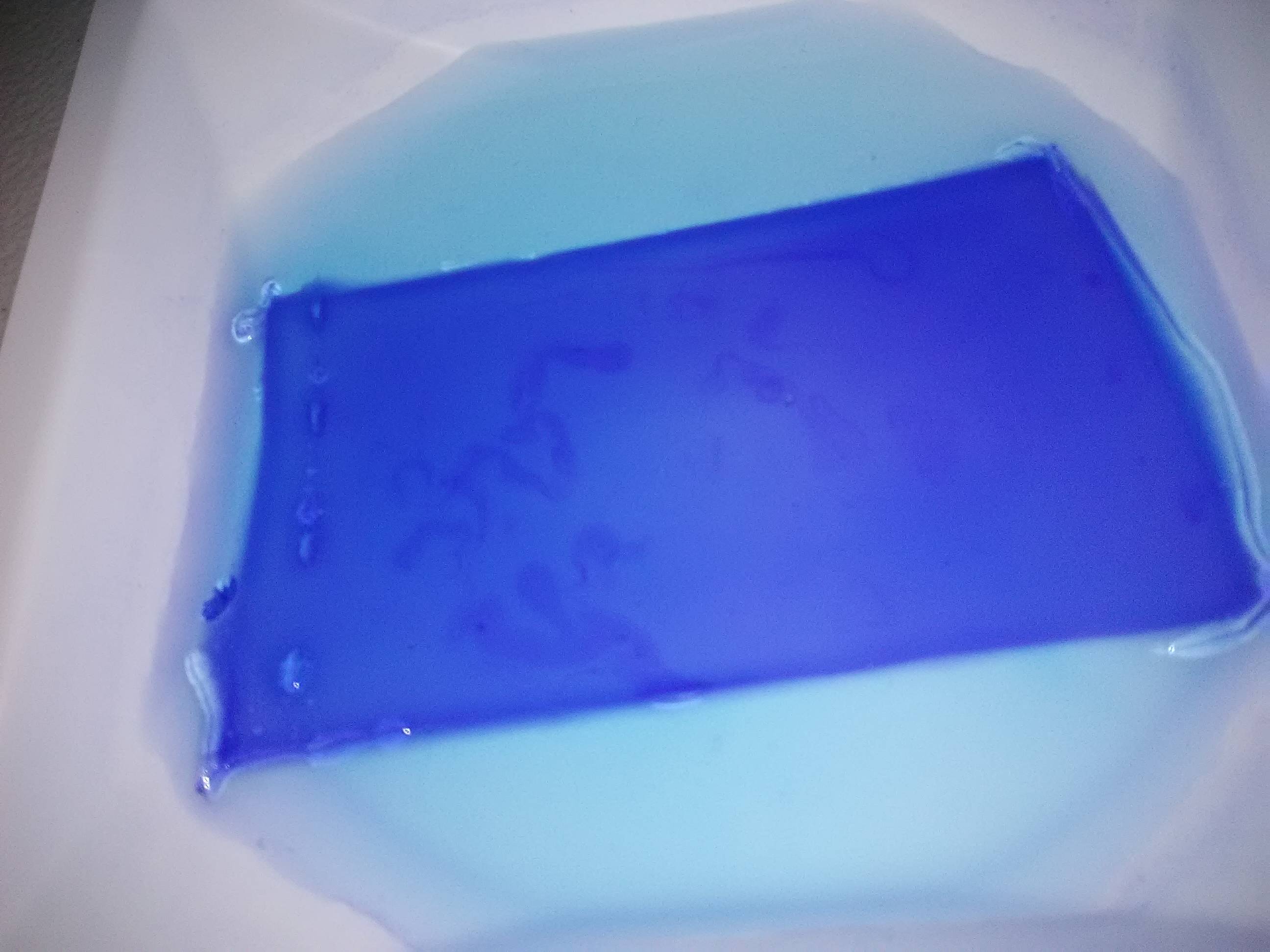 Edit: thank you for your answers. I followed the regular protocol closely and used the same bottle of buffer for both making and running the gel. I did this twice and got similar results both times.

I had the power supply tested and discovered that the voltage may have been fluctuating between 77 and 83 volts during the run. Could this have caused it?

It can possibly be one of two problems:

Do you perhaps have a gel image of the bio-transilluminator? It could provide more insight.

It seems that the gel was not prepared properly and does not have a homogenous texture as it should, which then affects its pores and prevents the sample from traveling through (hence be absence of bands).

Electric potential (voltage) should apply equally across the gel. This should not cause DNA to run unevenly. In gel electrophoresis, the electric forces affect all (negatively charged) DNA molecules and the flow in the same direction.

What causes differences in their flow is the resistance to diffusion or flow of DNA molecules by the gel. Larger molecules are more likely to collide with the polymer matrix and will therefore move through the gel more slowly. If you have DNA prepared in varying sizes, they should form well-defined bands. There are several parameters that you can optimise, depending on the sizes of the bands that you want to distinguish:

It is possible that the gel or input DNA has not been prepared correctly. A gel needs to be mixed and poured while it is still liquid (before it cools) to ensure that the polymer forms evenly. However, the absence of a positive control or DNA ladder even in the wells shows that the DNA is not present in this gel at all: It has run off either end of the gel. Therefore either:

Not the answer you're looking for? Browse other questions tagged gel-electrophoresis or ask your own question.

2
Strange behavior of a DNA gel
5
Basic step by step methods for PCR & Gel electrophoresis class
3
How do I get a brighter DNA bands
2
What causes skewed ladder bands on an agarose gel?
1
Help analyzing SDS-Page gel
2
What are the possible reasons to get extra unrecognized band in agarose gel electrophoresis?