Do all retroviruses evolve into dna viruses? [closed]

Since even nonprocreative sex transfers genetic material it seems redundant for viruses to destroy the host. Retroviruses are sufficiently simple to fit into DNA. So why not just become DNA viruses?

First of all we need to be clear with the differences between DNA and RNA. 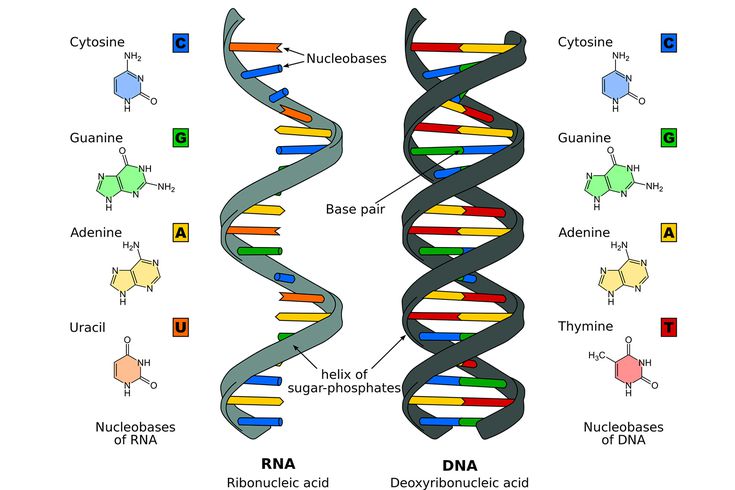 This is the typical picture that comes to our mind after high school biology classes when anybody mentions RNA and DNA. But this is actually not 100% accurate. Fact that in DNA is only 5-methyluracil (thymine), not uracil and in RNA is only uracil, not 5-methyluracil is not true.

One of the example of Uracil occurring in DNA is deamination of cytosine. Basically it's a type of mutation. But the occurrence doesn't have to be just by mutation. According to this article:

Even the claim that only DNA has double helix structure is not true. You can easily disprove it by seeing tRNA´s 3D structure.

So the only difference is on the 2C of ribose ring. In RNA there is one extra -OH group which makes it more unstable than DNA (which doesn't have an extra -OH group). Although, C-OH has more bond energy than C-H, the true reason that it is so reactive is in the electronegativity of Oxygen (2nd most electronegative element after fluorine).

Why RNA viruses use RNA?

So, why is it better to be RNA virus for the HIV? According to this study:

Multiple factors influence evolutionary rates, including generation times, fidelity of copying genes, and selective pressures. Microbes often have very short generation times. Ribonucleic acid (RNA) viruses, typically lacking proofreading, have high error rates when they make copies. As a result, evolution rates in microbes tend to be rapid, and RNA viruses are the most rapidly evolving organisms. This is useful for rapid adaptation to novel selective pressures such as immune selection and antimicrobial drug use. To compensate, the most rapidly evolving genes in vertebrates are immune related.

Basically, it says the RNA form can increase your evolution rate and your chance to avoid the host immune system. In the end take it logical. Viruses have special life strategy (technically viruses are not living form of matter so apologies for that). They wanted to replicate itself as much as it can. So if the virus is made from DNA the proces takes much more time (it has to be transcribed into mRNA and after that translation). So RNA virus have to only translate the RNA to make as much as it can (my claim is confirm by viruses classification on wikipedia).

You have to remember that evolution has no logic, in the sense that "if it works, it ain't stupid"! There are many creatures that, by our perspectives, we would ask the question, "why?".

What makes retroviruses so well evolutionary adapted is their high mutation rates with each replication cycle and destroying the host cells are like leaving no witnesses. High mutation rates are associated with RNA molecules, because they are not as stable as DNA. This can make the virus difficult to identify by a host cell and initiate defense mechanisms because they are changing all the time. We see this with the HIV virus, which is why we can't seen to find a cure, we cant lock on a single version on the virus.

The take home message is that if an organism, even viruses, have evolved in a strange way, it is probably because they function uniquely and efficiently within their niche. Natural selection knows best!

Not the answer you're looking for? Browse other questions tagged molecular-genetics virology or ask your own question.

3
Do lysogenic viruses only infect bacteria?
2
Is it impossible for a retrovirus to be lysogenic?
4
Do DNA viruses have their own DNA dependant DNA polymerase?
0
Viruses and Transformation
4
Why did viruses evolve in the first place?
4
Are there any viruses that integrate their DNA into organellar DNA?
0
Are viruses ever manufactured directly from viral DNA embedded in the genome?
1
How do DNA viruses keep themselves in the nucleus without inserting themselves into genome?
0
Can CRISPR also remove DNA viruses?
2
Can viruses grow?