Is this a large bee? (species identification)

While hiking in some low hills near Taipei in the late afternoon in July an hour after it rained, I saw this large flying insect visiting flowers the way bees do.

I'm curious, is it a bee (if so, what kind), does it come from a hive or live on its own, and does it sting?

I'm estimating its body to be about 5 cm long. While not captured in photos, I'm pretty sure I remember it sticking its head into flowerers. It was moving flying from place to place fairly quickly and difficult to get any photos at all, this is the best I could do.

edit: Since further clarification of the size was asked for in comments, I'll add here also that the length of "about 5cm" that I mentioned wold be for nose to tail when stretched straight, (rather than in it's current somewhat curled position) and it could certainly be 4.5 cm. But I'm fairly sure it's closer to 5 cm (2 inches) than to 4 cm. I've added a few more images of the flower sans insect. I've cropped my friend on the left out of the images. 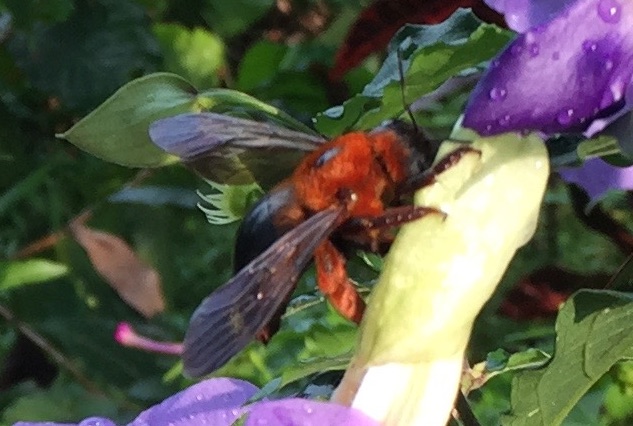 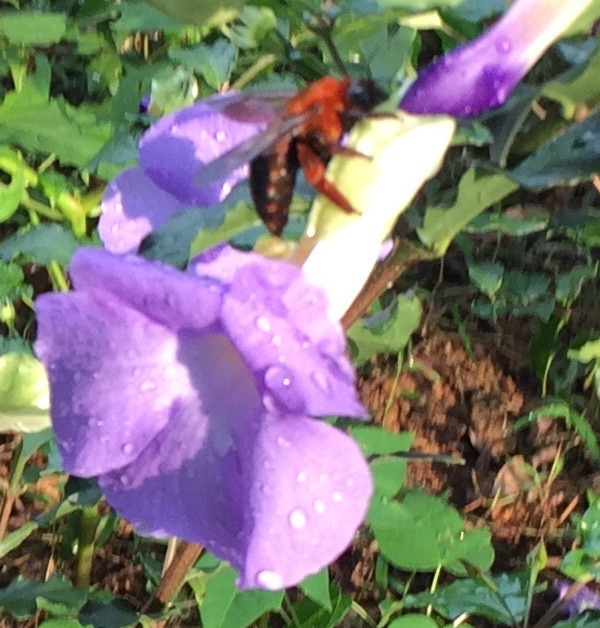 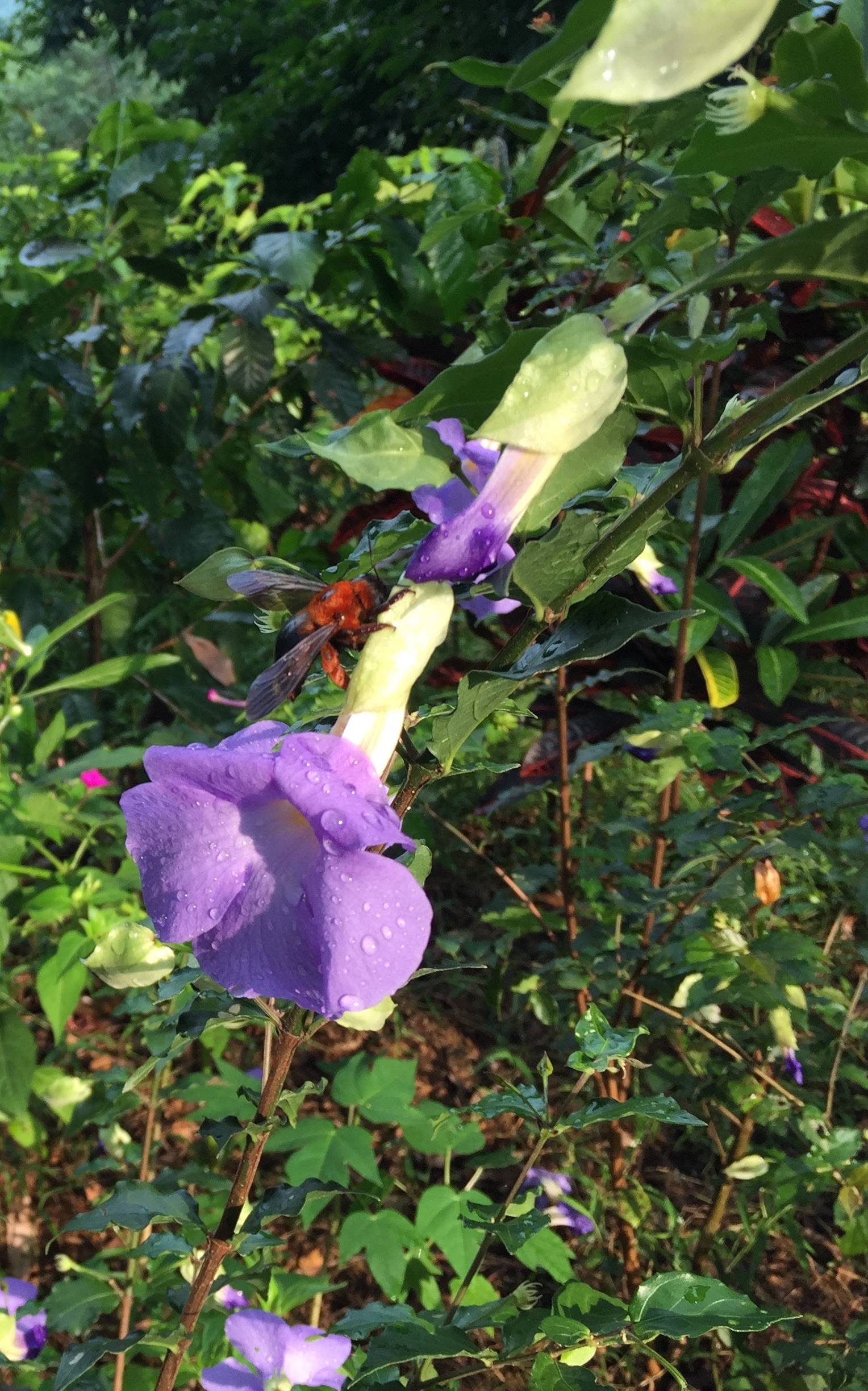 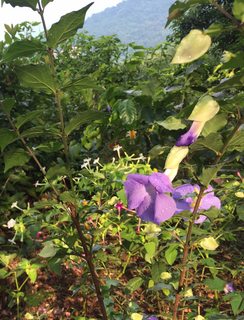 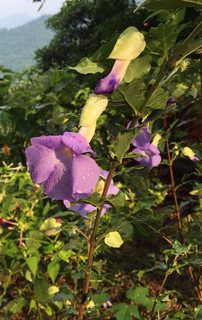 Note: My mistake. I did not notice the OP info that he is in china. There are giant honey bees in China, such as Apis dorsata Fabricius, however their size is only 17-20mm. 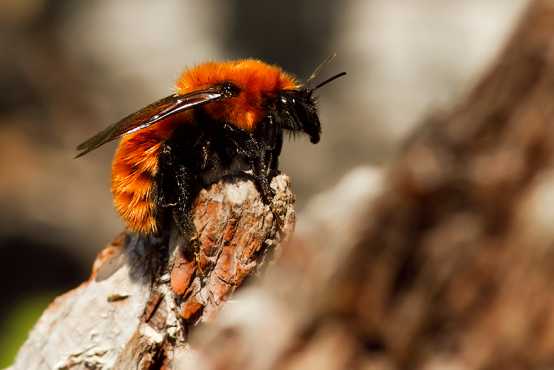 5
What species is this large-ish spider?
9
Bee (?) identification
6
Bee identification
4
Bee Identification, Rochester NY
2
Which species of bee or wasp are in this photo?
16
Identify this giant green moth(?) with great taste?