Is the serum concentration of calcitriol different at different times in the day?

Calcitriol has a plasma half life of about 6 hours. It is tightly regulated. This regulation involves a negative feedback loop on its own synthesis and via an inhibitory effect on PTH synthesis, and control by downstream effects (plasma phosphorus, calcium, FGF-23 and others).

25-OH-D, the precursor, has a plasma half life of about 2-3 weeks, and except in chronic deficiency or other pathologic states, is in plenty of supply for the appropriate production of calcitriol. Because of this, it is unlikely that, for example, daily changes in sun exposure or nutritional intake would propagate down to production of the active metabolite. 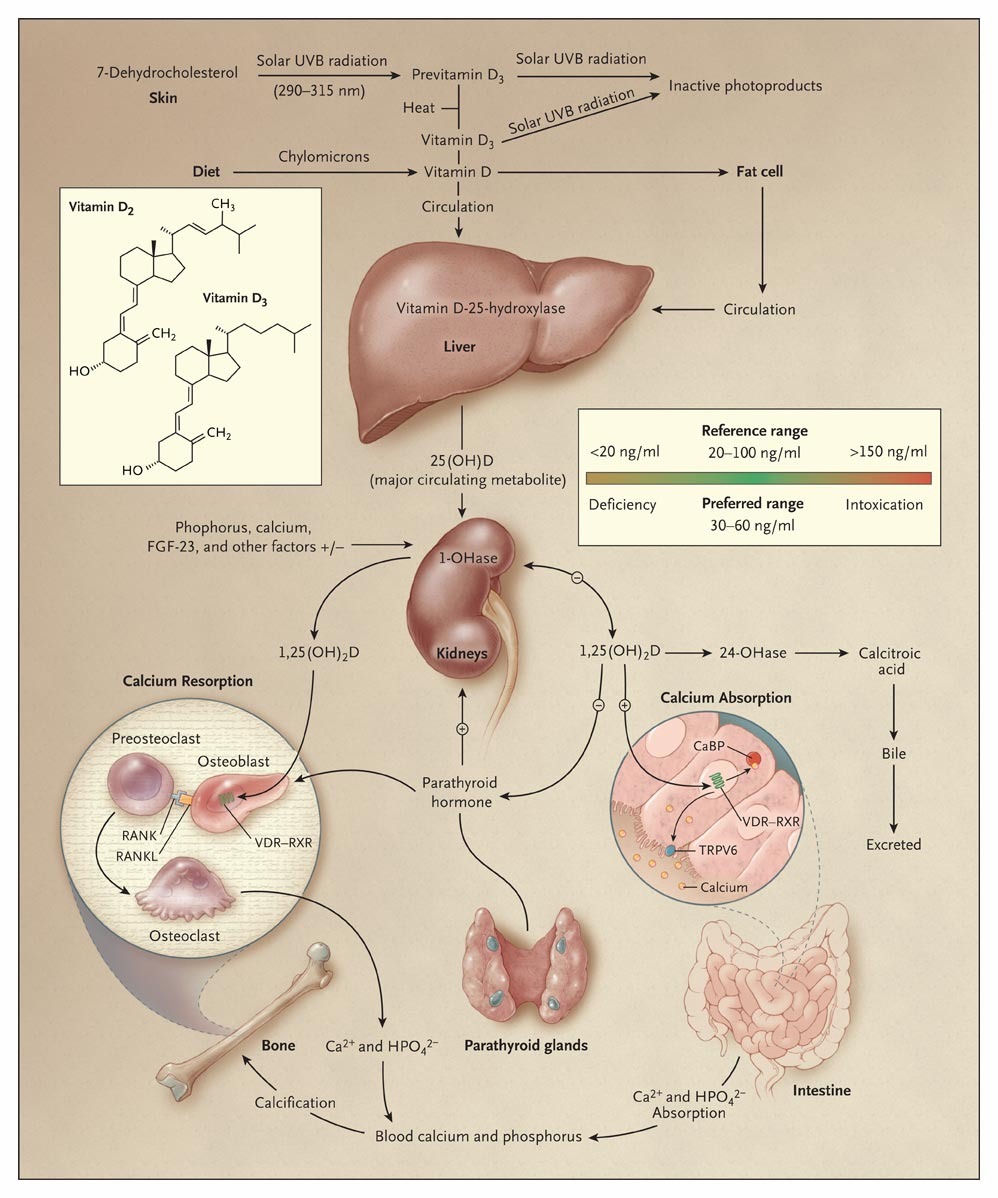 References ranges at my lab and in Lange's guide to diagnostic tests do not include any interpretation suggestions for plasma or serum 1, 25-dihydroxy vitamin D (calcitriol) at different times of day. Notably, though, this test is not often done clinically. It's primarily for the case where a patient has high calcium, low PTH, and no malignancy has been found.

Despite this (reference ranges do not distinguish between times of day), there may be a circadian rhythm within that range. Regulators and downstream effects of calcitriol do show a circadian rhythm, as is demonstrated in this classic 1972 study:

Not the answer you're looking for? Browse other questions tagged human-physiology vitamins renal-physiology or ask your own question.

7
How is vitamin B12 stored in the body although it is water-soluble?
4
How many almonds a day can cause toxicity for vitE?
2
Why is the resting membrane potential of excitable tissue not affected by the extracellular sodium concentration?
0
Does vitamin D affect melanin concentration?
2
Why severely increased Ligand (eg Hormones) concentration downregulates the Receptor?
0
Why does this oxygen duration chart have increased times above 30,000 FT MSL?