How are Antibody and T-cell receptor different?

B cell receptors (BCR) work on a similar paradigm, but a different mechanism than the TCR completely, structure aside. When a B cell encounters an antigen that binds to it's BCR, the receptor-antigen complex is internalized where it's processed onto class-II MHC. 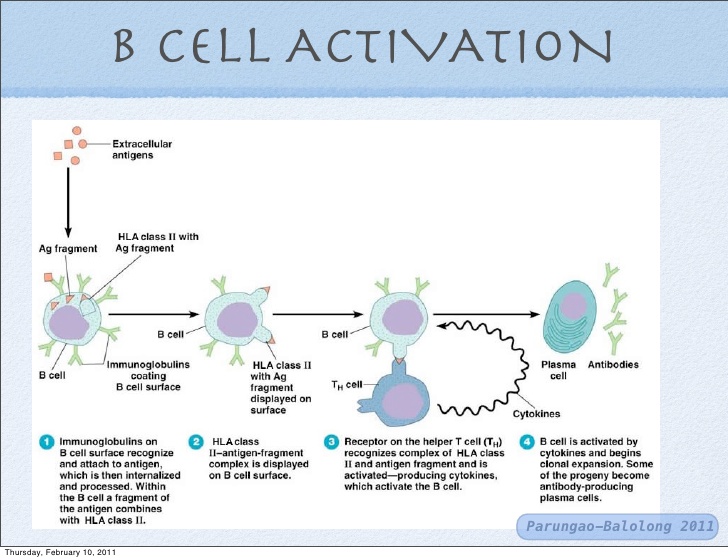 The peptides have to be processed to ~22-residue fragments to load on MHC-II, and the whole antigen is thus fragmented on the extrinsic processing pathway. To be specific, one antigen becomes many different peptides on many different MHC-II on the same B cell. You can imagine this produces some diversity among peptides suitable that at least one Th cell with similar specificity might bind. Class switching and somatic hypermutation that the B cells undergo help them attain greater utility and specificity, and the membrane-bound BCR is alternatively processed so that the c-terminus domain traffics antibodies to be secreted (2).

On the other hand, the TCR is specific with a little wiggle room to a particular MHC-I or II loaded peptide, with the exception of yδ T cells which have been shown to be largely MHC-independent (3). The same situation follows, however, that your antigen presenting cell or APC has many different peptides of the same antigen loaded on MHC, just as cells expressing MHC-I might, which means that the T cells are also not recognizing the same exact peptide sequence. Since they originate from the same antigen, however, your cytotoxic and helper T cells can be specific for the same "target."

Not the answer you're looking for? Browse other questions tagged immune-system or ask your own question.

5
What is the purpose of requiring two separate binding systems for the antibody response?
4
B-cell antibody production
6
what if there is a door for which our immune system has no key?
4
Are cytotoxic (killer) T-cells always present or are they only produced during a cell mediated immune response?
2
B -Cell activation by helper T cell
1
Why are superantigens not "MHC-restricted", and what's the significance?
1
How are antibodies specific for a disease detected in the blood if everybody produces a different antibody for the same antigen?
2
How T-Cell recognizes a cell infected by a virus?