What is protein secondary structure?

Could someone please clarify what is protein secondary structure: https://en.wikipedia.org/wiki/Protein_secondary_structure

Secondary structure refers to regular repeating patterns stabilized by hydrogen bonding between the NH and CO groups of the peptide bond. Typically textbooks will focus on the $\alpha$-helix and the $\beta$-sheet.

Berg biochemistry has some useful diagrams demonstrating these secondary structures. The first is an $\alpha$-helix. The side-chains are represented by green balls here. Notice the orientation of the NH and CO groups, which stabilize this structure: 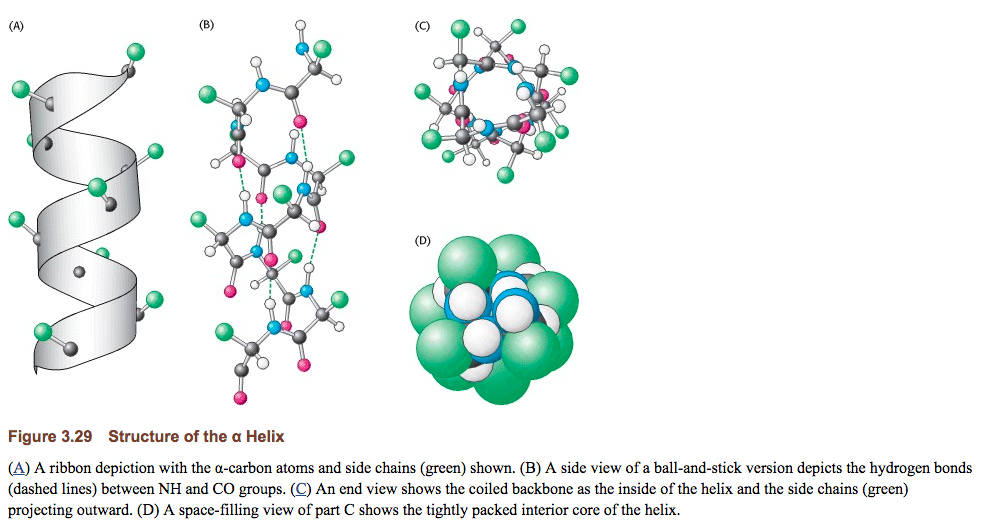 The $\beta$-sheet forms a very different secondary structure, but it's also stabilized by hydrogen bonding between NH and CO groups of the peptide bond. 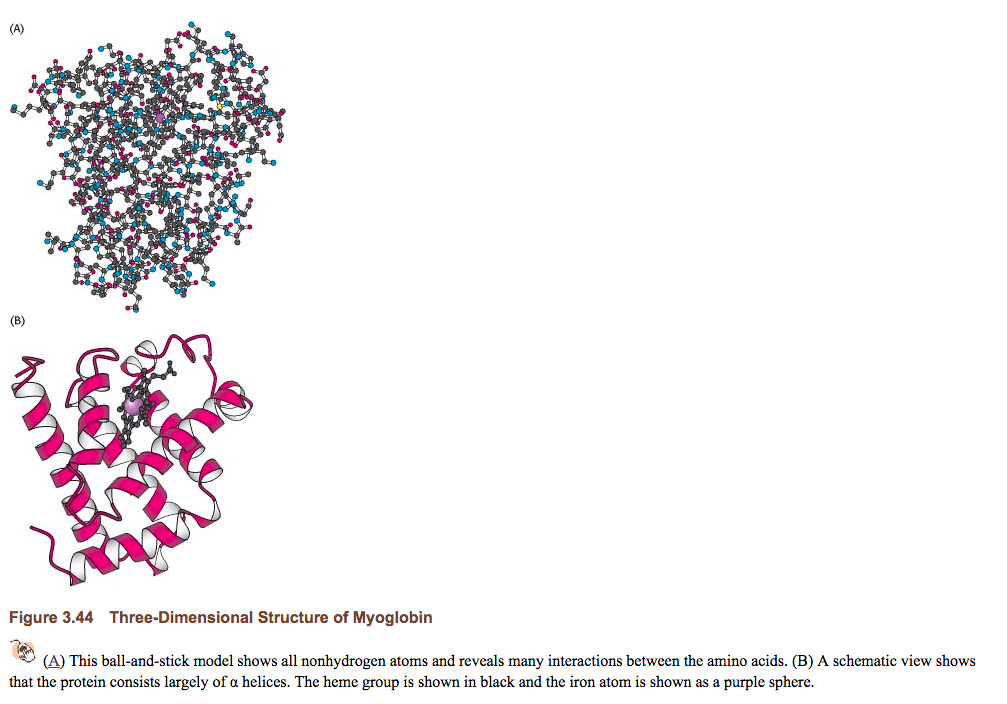 Not the answer you're looking for? Browse other questions tagged biochemistry proteins protein-structure or ask your own question.

-1
How do sequences of amino acids perform and what properties do they have?

1
yeast protein secondary structure
3
Is Sda a protein, or is it a protein domain of DnaA?
1
Protein - one polypeptide molecule or a collection of molecules?
0
Homology modelling of protein with two identical subunits in its quaternary structure
1
Obtaining protein atomic co-ordinates from dihedral angles
1
Protein structure prediction using PSSM? Or not?