Can someone identify these eggs?

They were attached to a tree in a black-water inundated forest (igapó) near Manaus, Amazonas, Brazil. The photo was taken in mid June, the water level was already high, and the eggs were about one metre above the water (not sure if they had been or would be under water at some point). It's been many years now, but I think the whole group was about 5 to 10 cm long (about 2–4 inches). 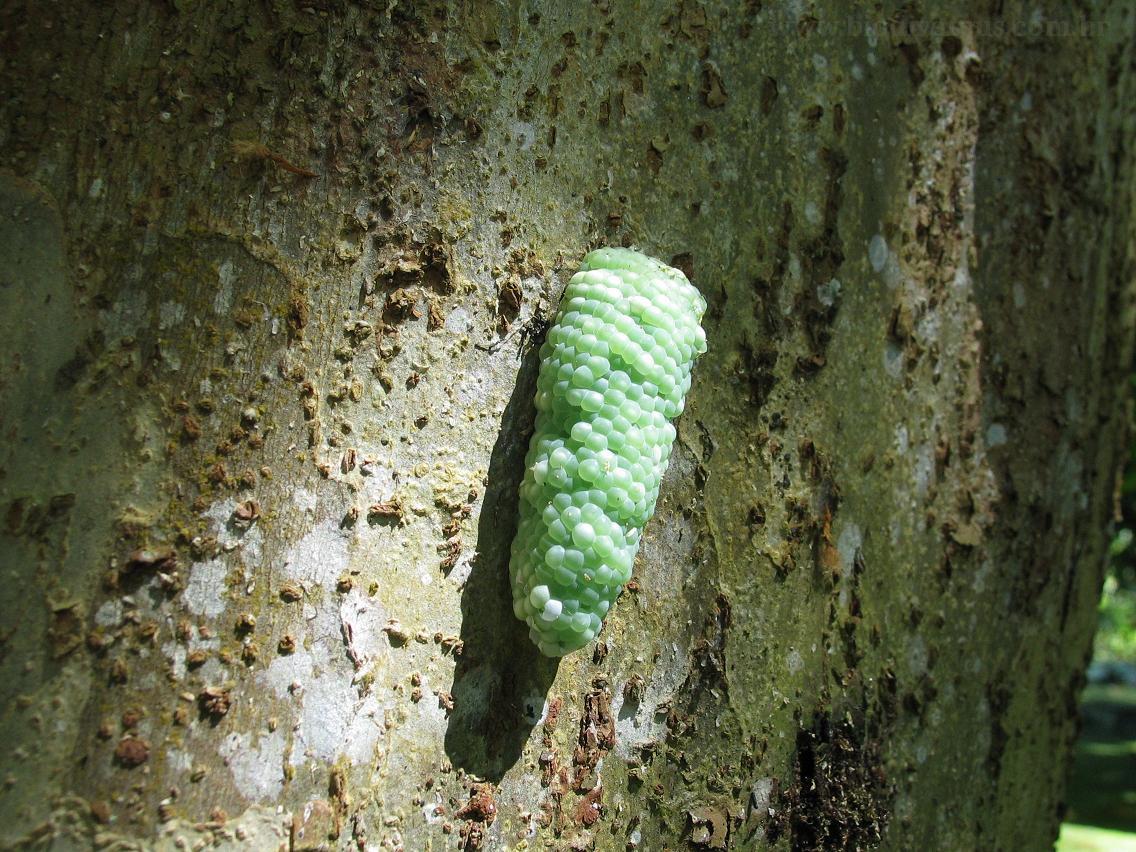 That's an apple snail egg cluster. They're freshwater snails, and by placing their egg clutches above the water line they protect them from predation.

We actually have an issue with apple snails in Florida, because while the Florida applesnail Pomacea paludosa is native, three different invasive species have been introduced that are eating through native vegetation without many predators (1).

Different species produce different colors of egg mass, and a good example of the green egg masses includes Pomacea haustrum, the titan applesnail, which is present in the continental US, but actually native to Bolivia, Brazil and Peru (2, 3). Since other species also produce green eggs, it's difficult to tell exactly what snail produced those, however.

2
Long strand of white eggs on balcony cat net - What insect do they belong to?