What is this insect or worm?

I found it on the cedar siding of my home in Houston, Texas.

It was quite small, I'd estimate 1cm in length. I did not observe it move up or down the side of the house, but when I touched it gently and it did bend over. 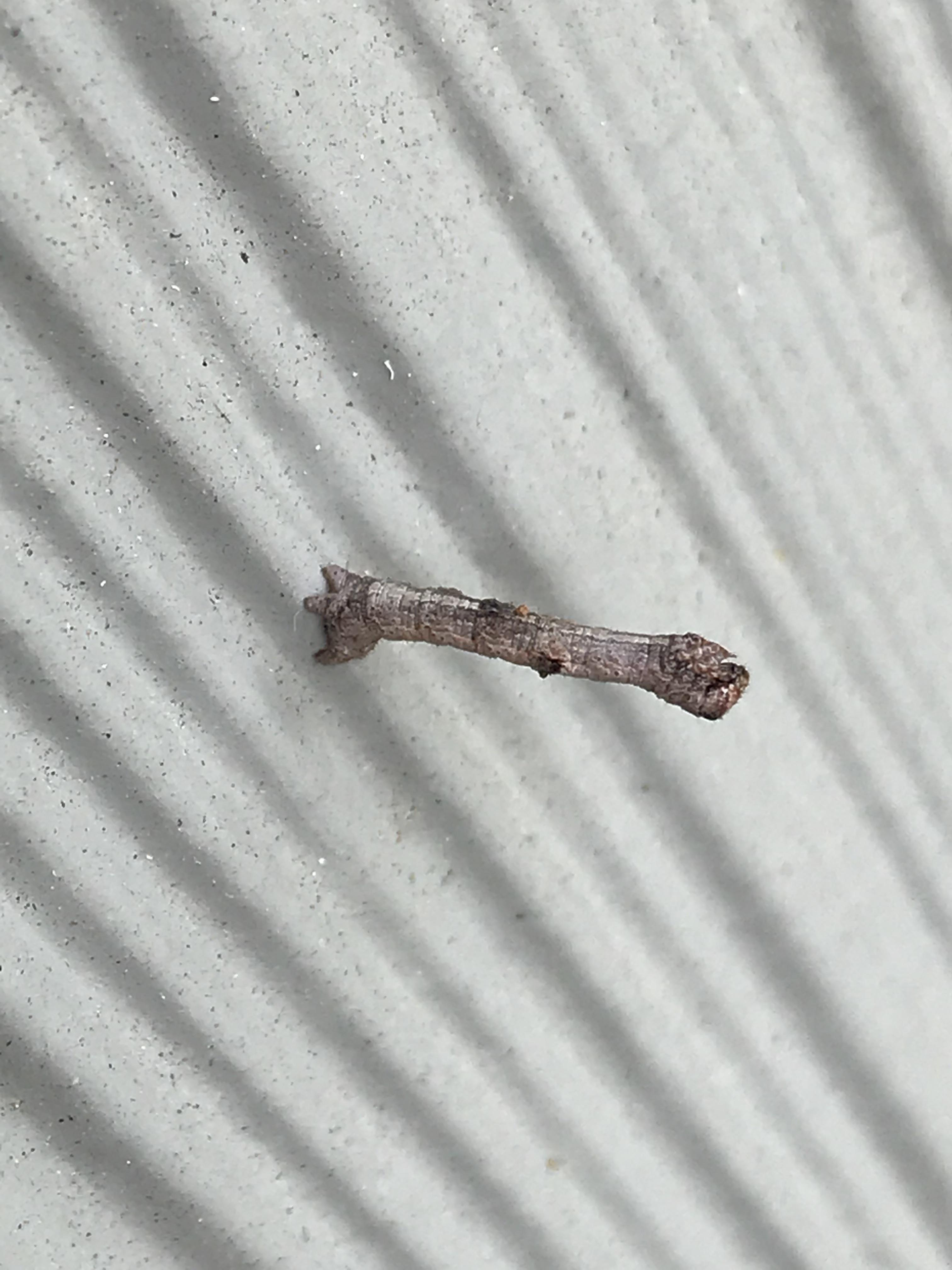 Some species of Eupithecia perhaps. A type of moth, the larvae tend to resemble twigs. According to this relatively old text, Eupithecia miserulata is the most commonly distributed species in Texas, but I'm sure identifications stem largely from expertise and adult specimens, both of which I lack. The larvae for E. miserulata don't seem to visually match what you have, there.

In essence, though, it's a caterpillar that will turn into a moth.

8
Species Identification - small insect: is this a bed bug?
4
Identifying flying insect from northern Poland / Baltic Sea area
8
Please help to identify this insect
2
Is this a bedbug or a book lice or what?
21
What is this yellowish insect?
18
Black insect with antennas and large abdomen
3
Identifying flying insect from southern Poland / Upper Silesia area
0
What is the kind of this wasp killing spider from UK?
4
Can someone identify the species of this frog/ toad?