What is this Las Vegas area weed? 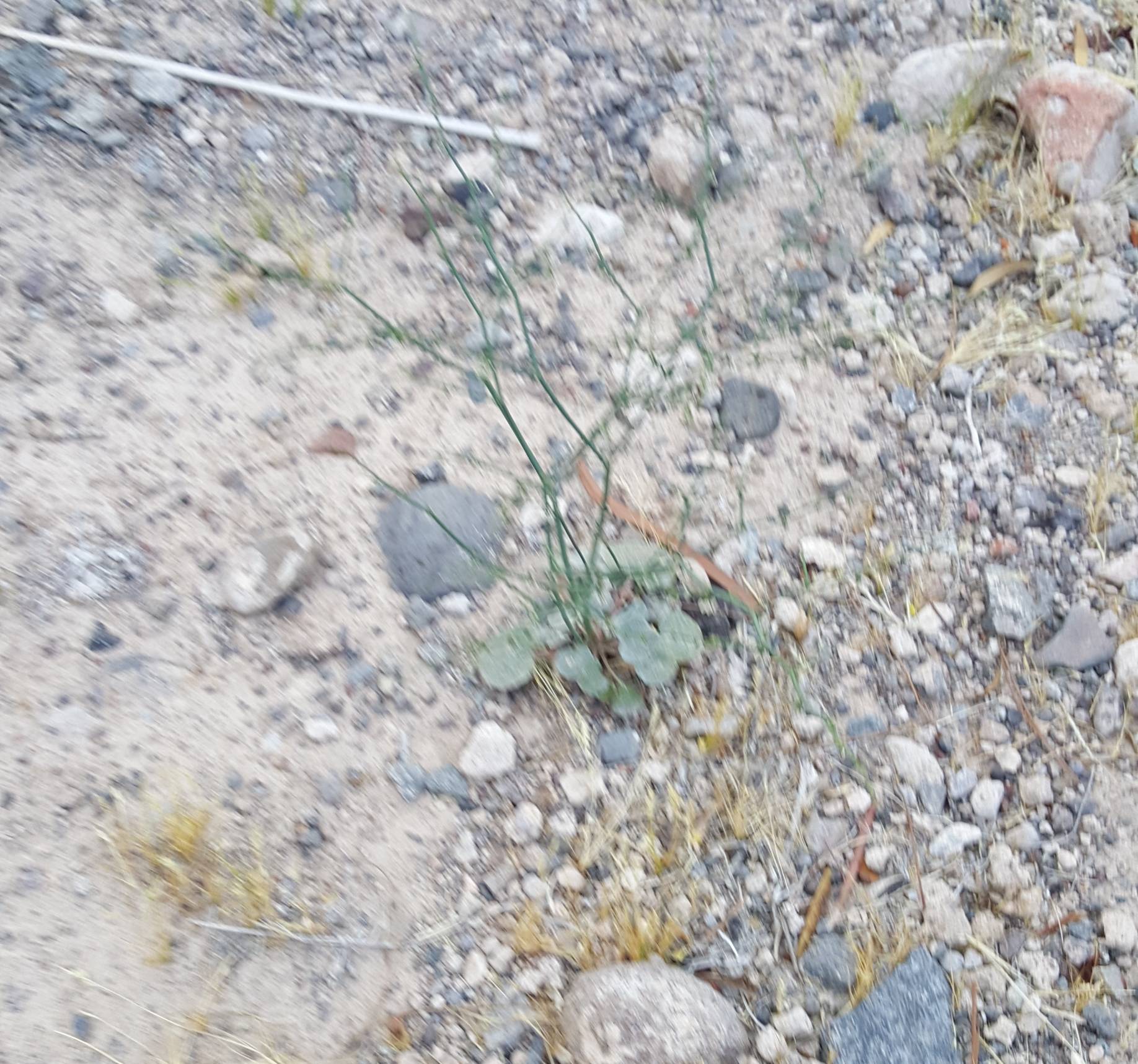 This is a picture I took of my mystery weed out by Pittman wash in Henderson NV earlier this year. From my experience this last year, I assume that the plant turns red later in the year and loses the bottom leaves. The plant typically seems to grow no more than half a foot tall but can grow a couple feet wide at or near the top. 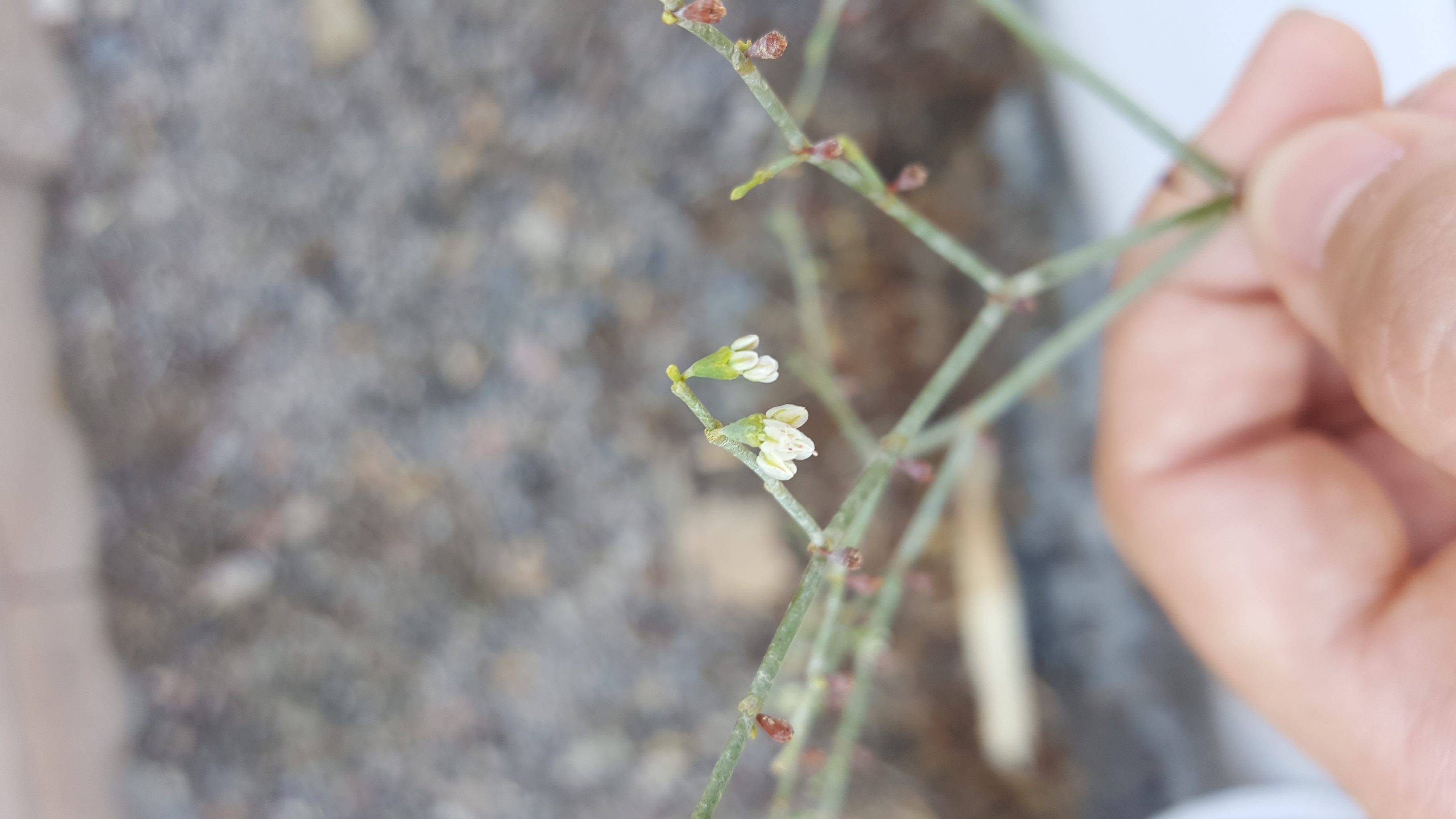 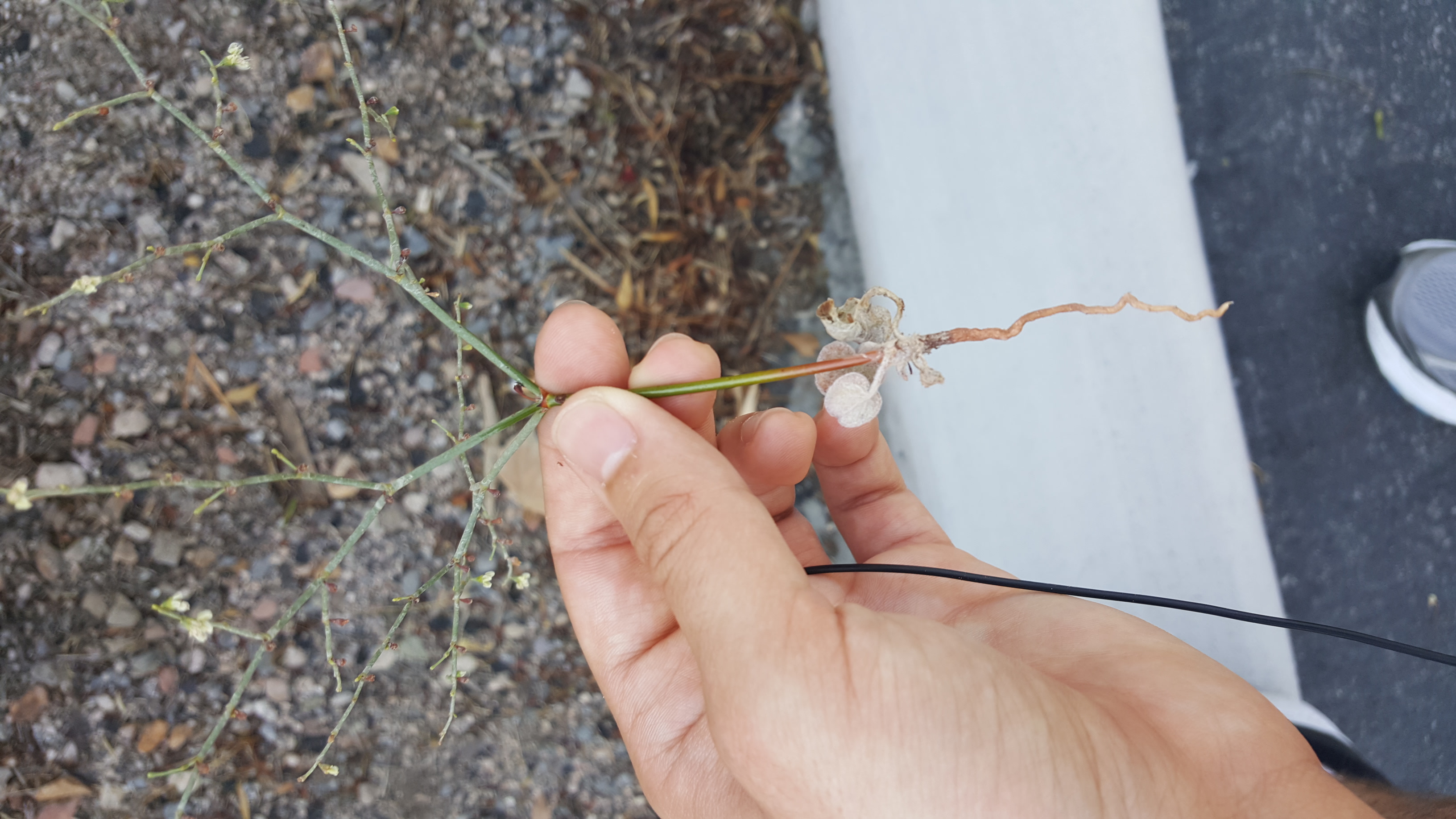 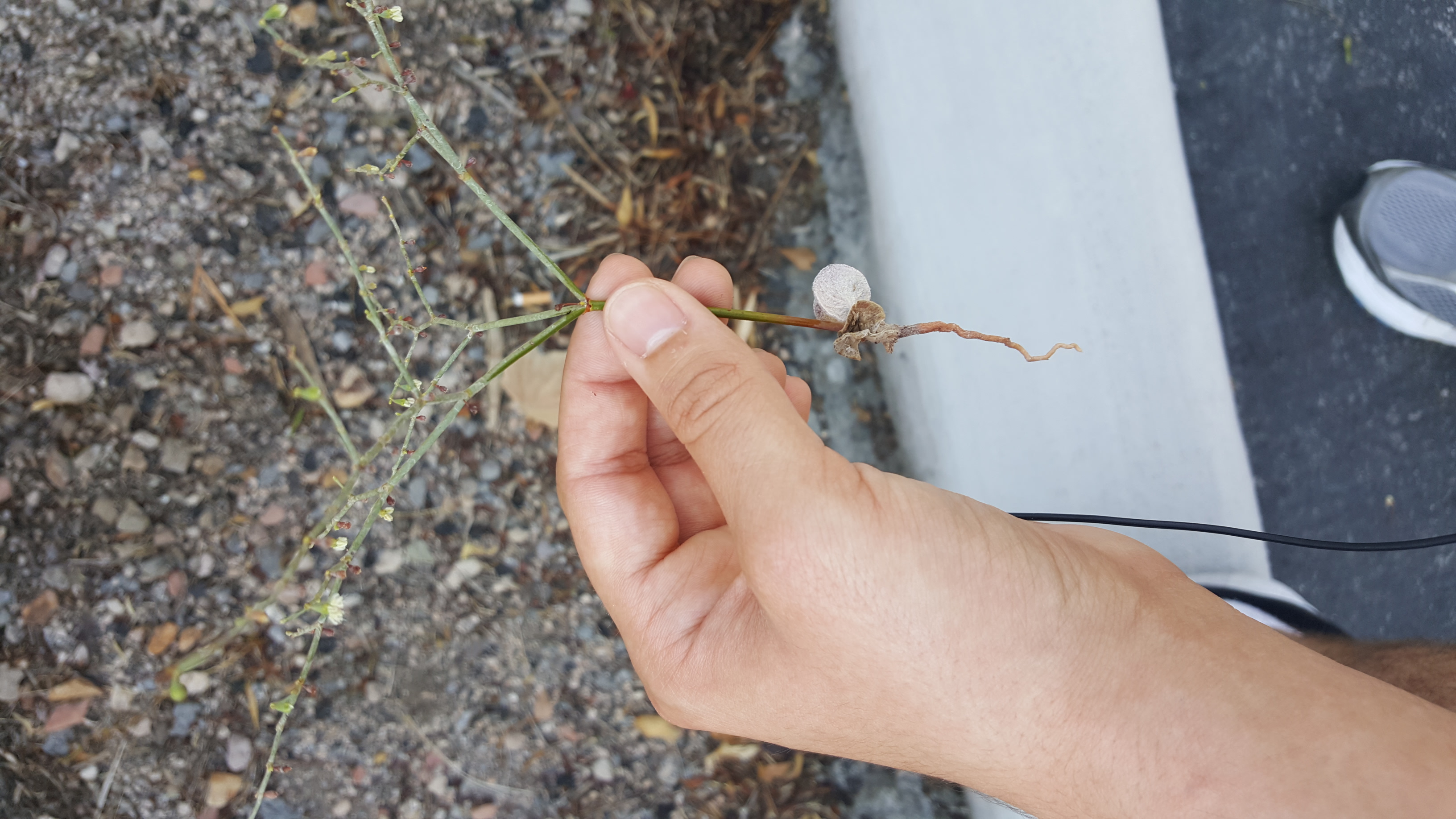 Edit: I wasn't able to get a background but here are more pictures

Alright, after a lot of searching, I have a proposed ID: Eriogonum deflexum known commonly as skeleton weed or little desert trumpet. I feel pretty confident of the genus, less so on the species (there are several close candidates). The family is buckwheat or Polygonaceae.

This plant has basal leaves as yours does, has pretty much leaf-less stems and relatively infrequent flowers, which look quite a bit like your picture. Reading various descriptions it seems the plant is somewhat variable, it often looks like your pictures but sometimes has more flowers and sometimes the plant is more dense, rounded, shrubby and taller (it probably depends on the moisture and soil quality). It is a desert species, preferring scrubby areas and washes, widely distributed in Western US deserts.

If you see the plant again, bring a picture on your phone and check the flowers carefully. Also the leaves should be hairy/wooly.

Not the answer you're looking for? Browse other questions tagged species-identification botany plant-anatomy or ask your own question.

5
What is this plant in the Butler, Pennsylvania area?
9
Help identify this awesome climbing plant with velcro like stem
6
Help ID this plant, quite possibly a weed
10
Does anybody know which plant (or tree) is this?
13
What tree is this?
6
What is this weed?
2
Weed Identification
6
Succulent weed identification