With over 400 chromosomes, does mitosis in a species of butterfly happen in the same way as in humans?

Complex organisms have complex genomes. While bacteria and archaea keep all of their genes on a single loop of DNA, humans scatter them across 23 large DNA molecules called chromosomes; chromosome counts range from a single chromosome in males of an ant species to more than 400 in a butterfly.

Thanks to @Remi.b for tracking down Lukhtanov (2015) The blue butterfly Polyommatus (Plebicula) atlanticus (Lepidoptera, Lycaenidae) holds the record of the highest number of chromosomes in the non-polyploid eukaryotic organisms.

Does mitosis happen in this species of butterfly cells, and if so, does the process that separates the pairs take place in a similar way mechanically to the way it happens in mammal cells such as the 23 pairs in human cells even though there seems to be almost twenty times the number of individual chromosomes?

Has the mechanics of this process ever been imaged or visualized? 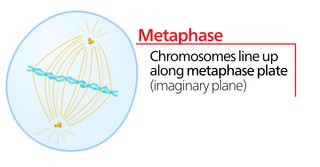 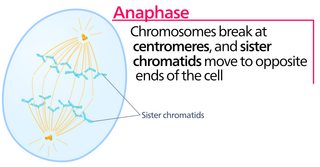 above: from here and here. 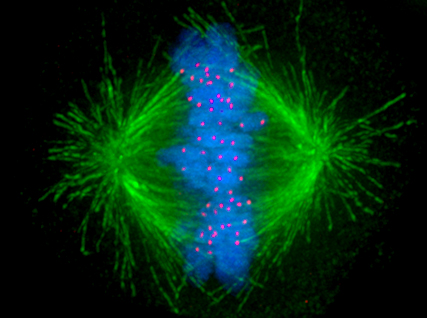 above: " Image of the mitotic spindle in a human cell showing microtubules in green, chromosomes (DNA) in blue, and kinetochores in red." from here 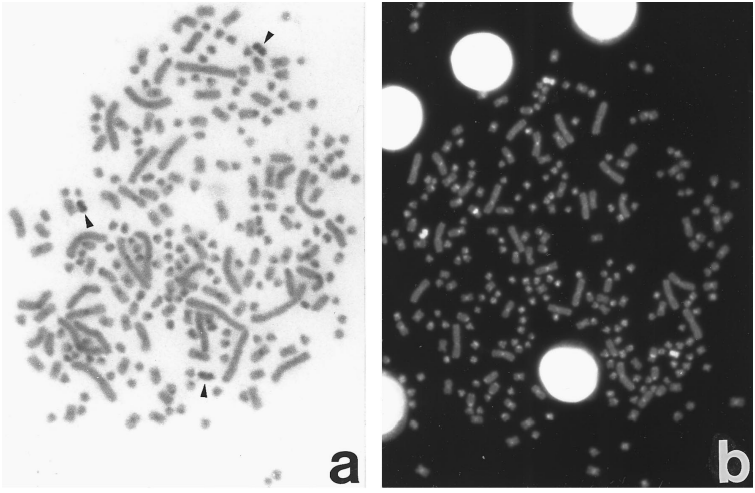 This doesn't mean that every chromosome is equal to others: there're microchromosomes, acrocentric chromosomes, meta, sub-meta.. So, the size required into the nucleus (because where're obviously talking about eukaryotic cells) isn't strictly connected with the chromosomes number.

The answer to your question isn't a clear "yes" : the high number of chromosome in a butterfly is connected with a karyotype instability, where some cells received a wrong number of chromosomes into an alterated mitosis. Actually isn't fully clear why and how these errors come out. Here's something else about butterfly karyotype and phylogeny.

Not the answer you're looking for? Browse other questions tagged chromosome mitosis or ask your own question.

22
Is there an advantage to linear chromosomes?
0
Would two species of yeast with similar genome sizes have the same number of genes or chromosomes?
1
Why can't cell division happen the other way around?
5
Why doesn't crossing over happen in mitosis?
2
Will a person with two copies of the same set of chromosomes be normal?
0
How are chromosomes counted at the end of mitosis in a plant cell?