Identifying a shrub with unusual “many shoots” growth behavior

While recently hiking in the southern mountains of New Hampshire, we came across a plant, and some of them were exhibiting what we interpreted to be a disease, or least unusual growth. On some of the nodes, there were a large number of extra stalks: 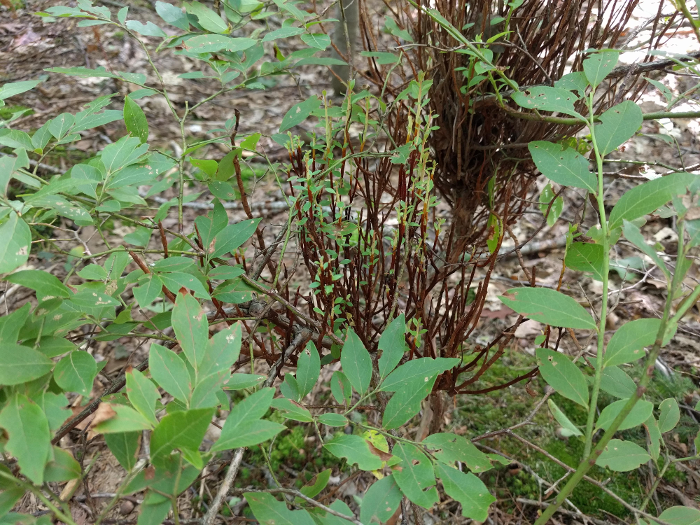 On each plant, the number and locations of these things varied, and not all of them had it. And we first assumed it was some ivy, or parasite, or separate plant, but it seemed pretty clear to us that it was coming right from the same branch.

We soon saw there were dead versions of this plant, and all of them had this "extra shoot" variation: 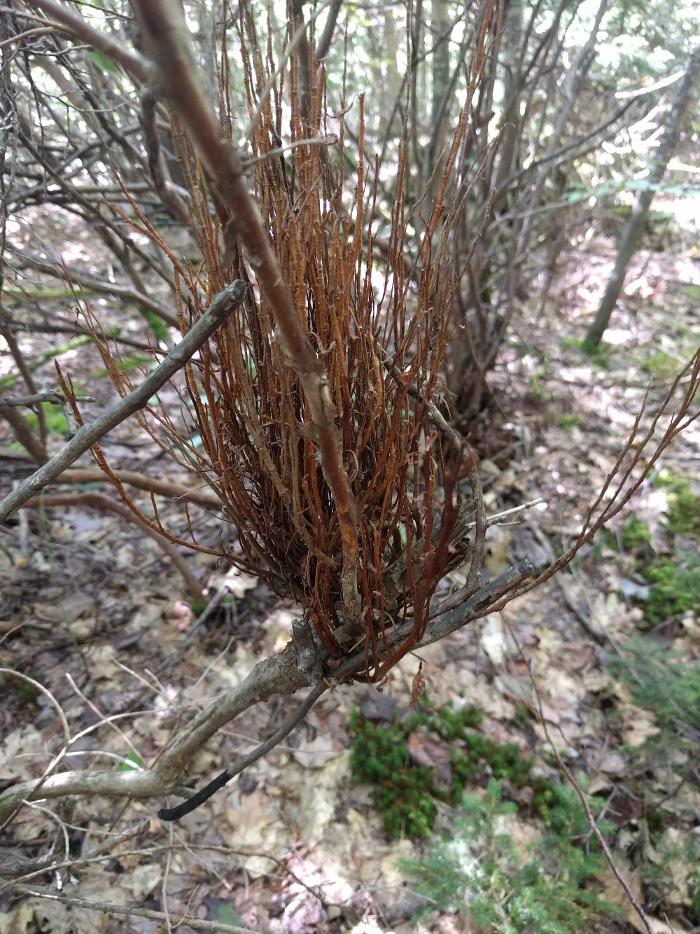 So we reasoned that no matter what this thing was -- natural variation or some kind of disease -- it was killing the plants.

Google image search was no help. It possibly identified the plant as a "viburnum", but was unable to help with the growth.

Anyone know what plant this is, or what this growth behavior is the result of?

Possibly an example of a "Witch's Broom." 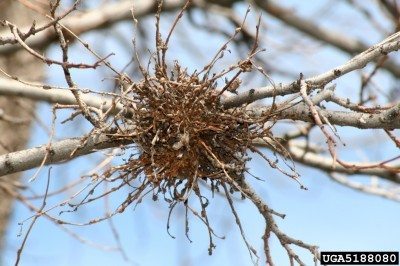 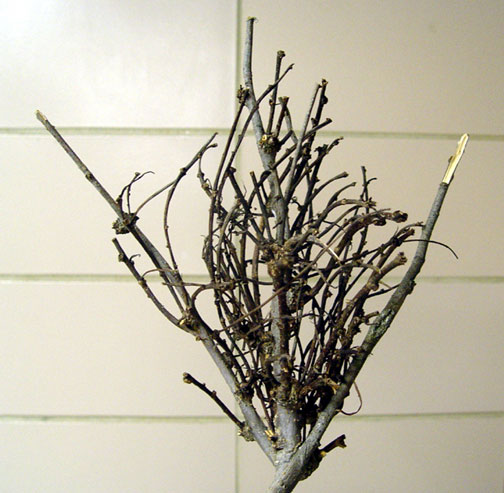 Witch's Broom is a deformity in plants (typically woody species) which typically causes dense patches of stems/shoots to grow from a single point on the plant. The name comes from the broom-like appearance of the stems.1

Witch's broom may be caused by many different types of organisms, including fungi, oomycetes, insects, mistletoe, dwarf mistletoes, mites, nematodes, phytoplasmas, or viruses.2

Not the answer you're looking for? Browse other questions tagged species-identification botany ecology trees or ask your own question.

6
Does cooking or ripening reduce the concentration of solanine in nightshade?
6
Species Identification: Bulbous root on plant, Southern California, USA
1
Previously frozen papaya seeds sprouted. How will it affect the plants?
5
What is this (seed/berry)-like object and where is it coming from?
3
possibly unusual spider behavior?
4
Do these large spiders in Taiwan belong to different species?
2
What plant have I collected?
17
Identify this giant green moth(?) with great taste?
1
Large Alpine Hymenopteran Seen in the White Mountains