What is a chromosome?

I read the wikipedia article and am confused if a chromosome is the pair of two chromotoids or if each chromatoid is considered a chromosome.

I've heard someone say we have 23 pairs of chromosomes for a total of 46 chromosomes.

I am trying to be precise with my words here.

Even more confusing they always seem to pick this certain state of the chromosoes lifepsan to describe them.

The point at which it replicates to create a pair.

Why not just describe the chromosome before it replicates for simplicity sake.

Would it be correct to say that before the chromosome divides, there are simply 23 of them?

Would it be correct to say that before the chromosome divides, there are simply 23 of them?

No, in a normal, non-dividing cell of the human body there are 46 chromosomes in the cell's nucleus. The 46 chromosomes are separate, but are often considered as 23 pairs of chromosomes. The two chromosomes of a pair are called homologous chromosomes because they contain very similar, but not quite identical, information. One member of each pair comes from the mother and one from the father.

Each of these non-dividing chromosomes effectively consists of a single chromatid, but because there is only one, indistinguishable from the chromosome as a whole, it is not talked about.

Why not just describe the chromosome before it replicates for simplicity sake.

It is often described in that form (as one very long molecule of double-helix DNA). However, a chromosome is also very commonly illustrated in the mid-replication form where it has two chromatids and takes an X-like shape. One reason for this is that chromosomes can be seen in a light microscope only in this mid-replication form, and that is the form in which they were first observed and first shown to be the basis of heredity (long before they were known to be composed of DNA).

Firstly, it's important to understand that this is indeed a very common point of confusion. Tip: don't be thrown off by the color coding, because there are different things you can color-code for. I think what I show below is the minimum picture necessary to understand the difference between a chromosome, pairs of chromosomes, chromatids, and sister chromatids. 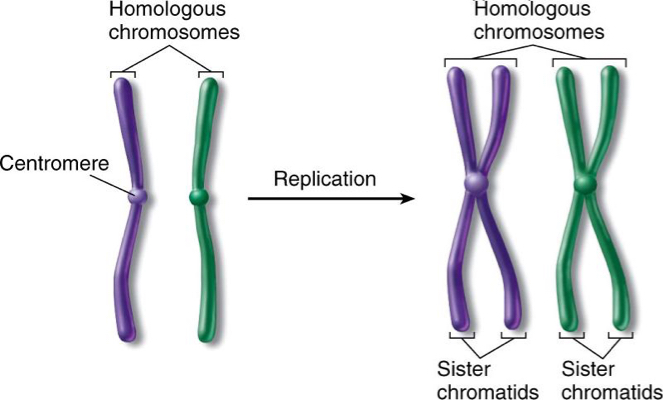 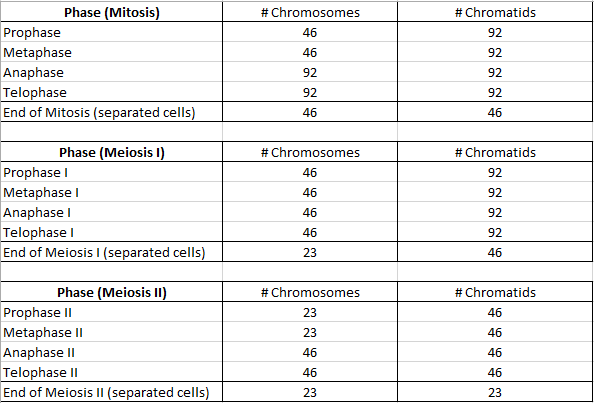 Best to draw it out and just take a moment to look at it, and compare it side-by-side for a while. It's not that complicated when you start with the knowledge that the imaginary cell below has 3 CHROMOSOMES, OR 3 PAIRS OF CHROMOSOMES (just as we have 23 pairs of chromosomes): 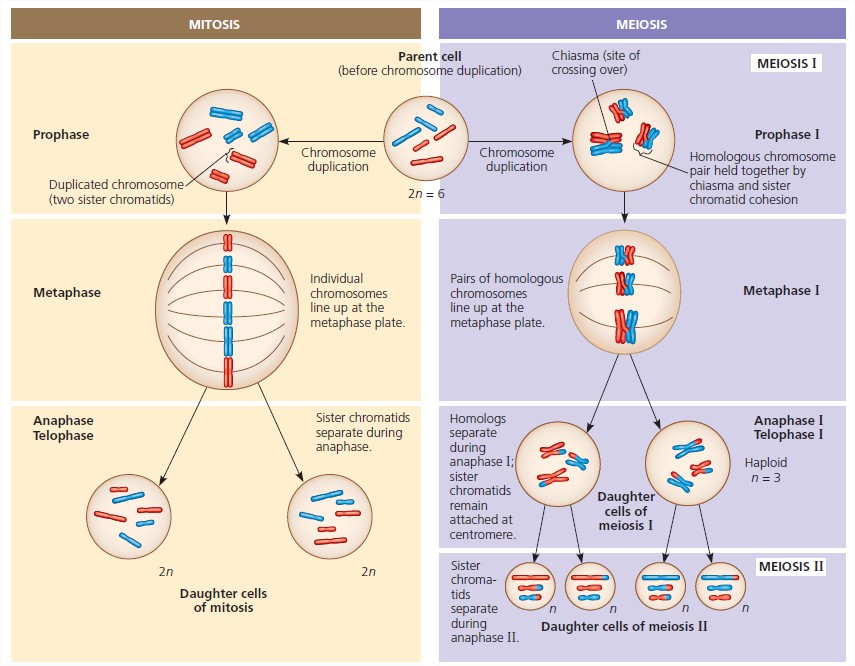 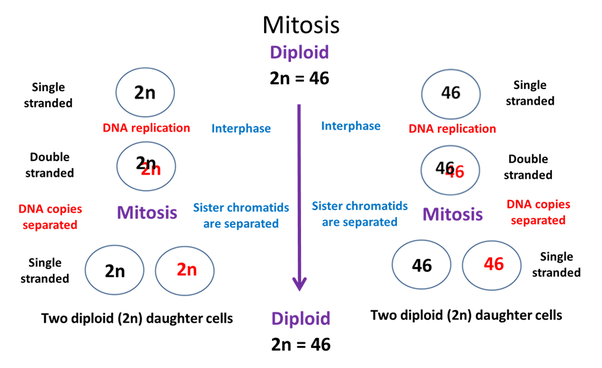 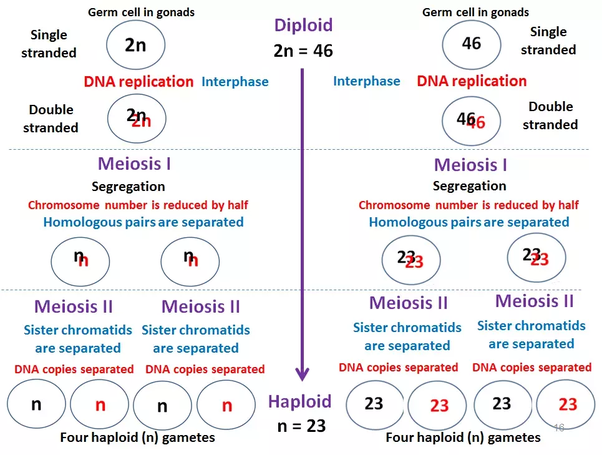 And then we have fertilization: when sex cells combine their genetic material, the mom chromatid 1 (in egg) and the dad chromatid 1 (in sperm) pair up to create a new chromosome, chromosome 1. n+n=2n! We've made a diploid baby!

4
What is a holocentric chromosome?
1
What is the difference between these two depictions of chromosome?
2
Recombination frequencies
4
How does DNA from sperm fuse with DNA in egg?
21
Why is Chromosome 1 called Chromosome 1?
9
What causes cells to inactivate one X-chromosome?