What makes the electrical charge inside the neuron more positive at the end of action potential and returns it to resting potential?

When a neuron's stimulated by something, electric potential difference changes immediately and inside of the neuron, becomes more potentially positive than the outside of it.

I've read that sodium-pottasiom pump returns membrane potential back to its resting potential at the end of action potential's process.

I mean, in this condition, it is expected that inside of the cell is gonna be more potentially negative, not more positive. 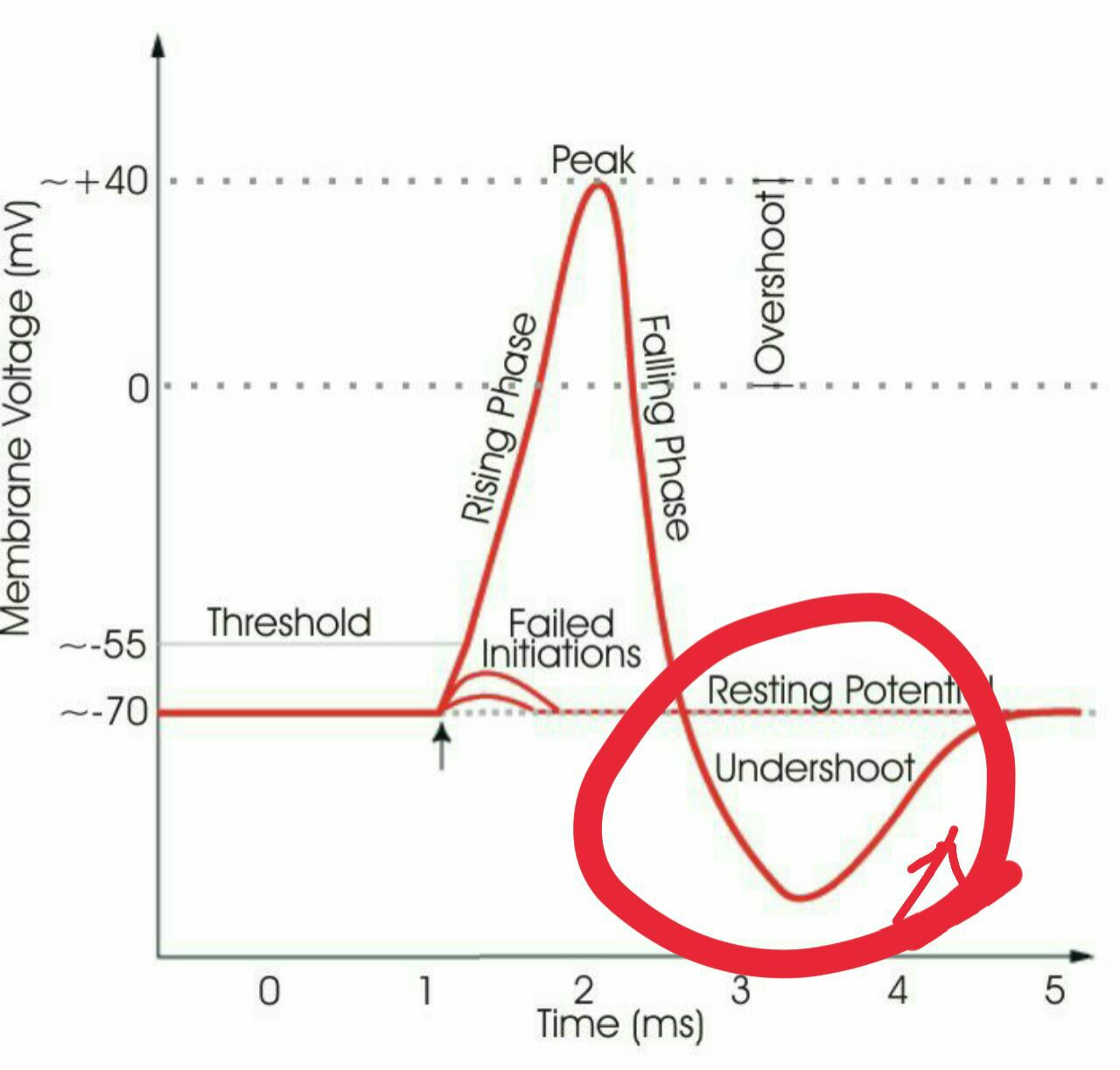 We could do a similar experiment with Na+ starting high outside in Figure 1, with the arrows reversed, and the equilibrium potential of the Sodium-only system would be ~+60mV.

So, if a real cell has both K+ and Na+ concentration gradients in opposite directions, why don't they just cancel each other out? Why is the resting membrane potential negative, and in fact, much closer to the equilibrium potential for Potassium alone? The answer is: permeability. Imagine if you had Figure 1 again, with [K+] high inside, and [Na+] high outside, as it is in the cell, but in Figure 2 you ONLY made the membrane permeable to K+. Would the Na+ gradient change at all? No, because there would be no pathway for it to move. Thus, if ALL the permeability is for K+, then K+ has all the influence on the membrane potential. If both are equally permeable, it would be their average (-10 mV, or about neutral).

Now that you understand that, understanding the action potential graph should be easy:

So, really, your initial confusion about the electrical work done by the Na+/K+ pump existed because you didn't take it in context with the permeability. Yes, the pump by itself makes the voltage more negative, but some of the potassium it stuffs back into the cell immediately turns around and leaks right back out until it's 95% of the way to its own equilibrium point again, as determined by the membrane permeability.

The undershoot or afterhyperpolarization arises due to the increased K+ conductance at the end of the action potential. This is because K+ channels where open during depolarization and it takes some time to close again. Also Na+ channels are inactivated and getting out of this inactivated state also takes time.

So why the potential rises again after this undershoot? This is because K+ channels start closing and thus the membrane permeability for K+ decreases. This makes the membrane potential increase, until it gets back to the resting potential.

Not the answer you're looking for? Browse other questions tagged neuroanatomy action-potential or ask your own question.

8
What is the effect of extra-cellular potassium concentration on heart rate and conduction velocity?
4
Sodium-Potassium Pump
11
At what point during an action potential are the sodium potassium pumps working?
2
What are negative and positive after potentials?
2
Why is the resting membrane potential of excitable tissue not affected by the extracellular sodium concentration?
3
Neuronal membrane resting potential for large cells
1
Depolarisation of post synaptic neuron
1
Physiology of hyperpolarization