There are small parts between Genes in an Operon that does not encode for any amino acids. What is the purpose of these parts?

What is the purpose of these parts in the translation process ? Picture to demonstrate below : 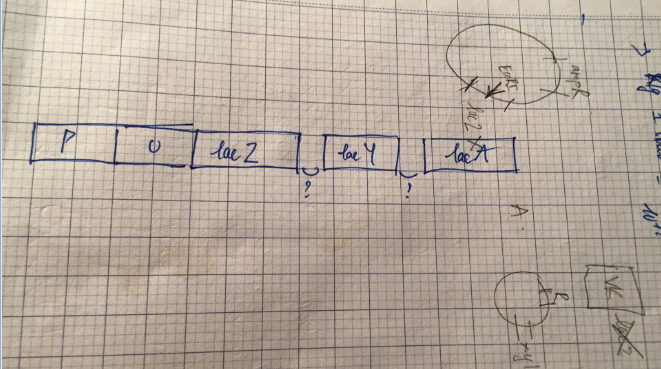 The regions between the genes on a prokaryote operon are transcribed into the messenger RNA but are not translated into proteins. Because they are not translated, they are characterized by the general term UnTranslated Regions (UTRs). A typical operon having two genes is shown in this diagram from Wikipedia:

The UTR which occurs between the protein-coding genes contains the sequence for a ribosomal binding site (RBS) in the transcribed mRNA. An RBS is a site where a ribosome can attach to the mRNA so that the Start codon of the following gene is in the correct position to begin translation of the protein. (Of course, the 5' UTR preceding the first gene also has an RBS sequence.) An RBS contains a particular nucleotide sequence to match up with a complementary sequence of the ribosomal RNA of the ribosome; this sequence is known as the Shine-Dalgarno sequence.

(Note that these inter-gene UTRs are not called introns; introns occur only in eukaryotes and occur within a gene, between the Start and Stop codons.)

Not sure about the role in this particular case of lac operon but normally such noncoding sequences in eukaryotic system (intron regions) have some regulatory roles, may be on the same gene or other genes located elsewhere on the chromosome. For example intron 3 of gene A may act as an enhancer sequence of gene B located 500 bp downstream of gene A

In this case the operon is producing three different proteins, if there were no gaps then a fusion protein may have been produced which is not desired

Not the answer you're looking for? Browse other questions tagged molecular-biology cell-biology operons or ask your own question.

13
Are codons that map to the same amino acids interchangeable?
3
What physical force attracts the anti-codon on tRNA to the codon on mRNA during translation?
1
Protein binds to DNA and just stays there, what will happen next?
1
Do all parts of a plant contain the same type of cell?