Can trichoptera and lepidoptera be distinguished with the naked eye?

Are there any tell-tale signs which one could use to distinguish adult trichoptera from lepidoptera? To me, trichoptera just look like moths: 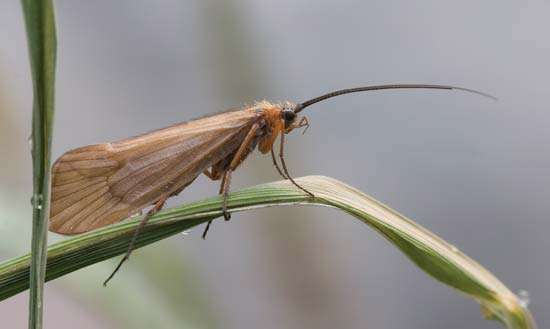 One method would presumably be to touch its wings and see if scales come off, but what if we assume we don't want to catch it?

The etymology of the names will help you there: trichoptera means "hairy wings", whereas lepidoptera means "scaly wings".

If you can get a close shot (maybe with a powerful tele lens) of any possible trichoptera or lepidoptera, you can tell that it either has hairs or scales on its wings, without having to touch its wings. 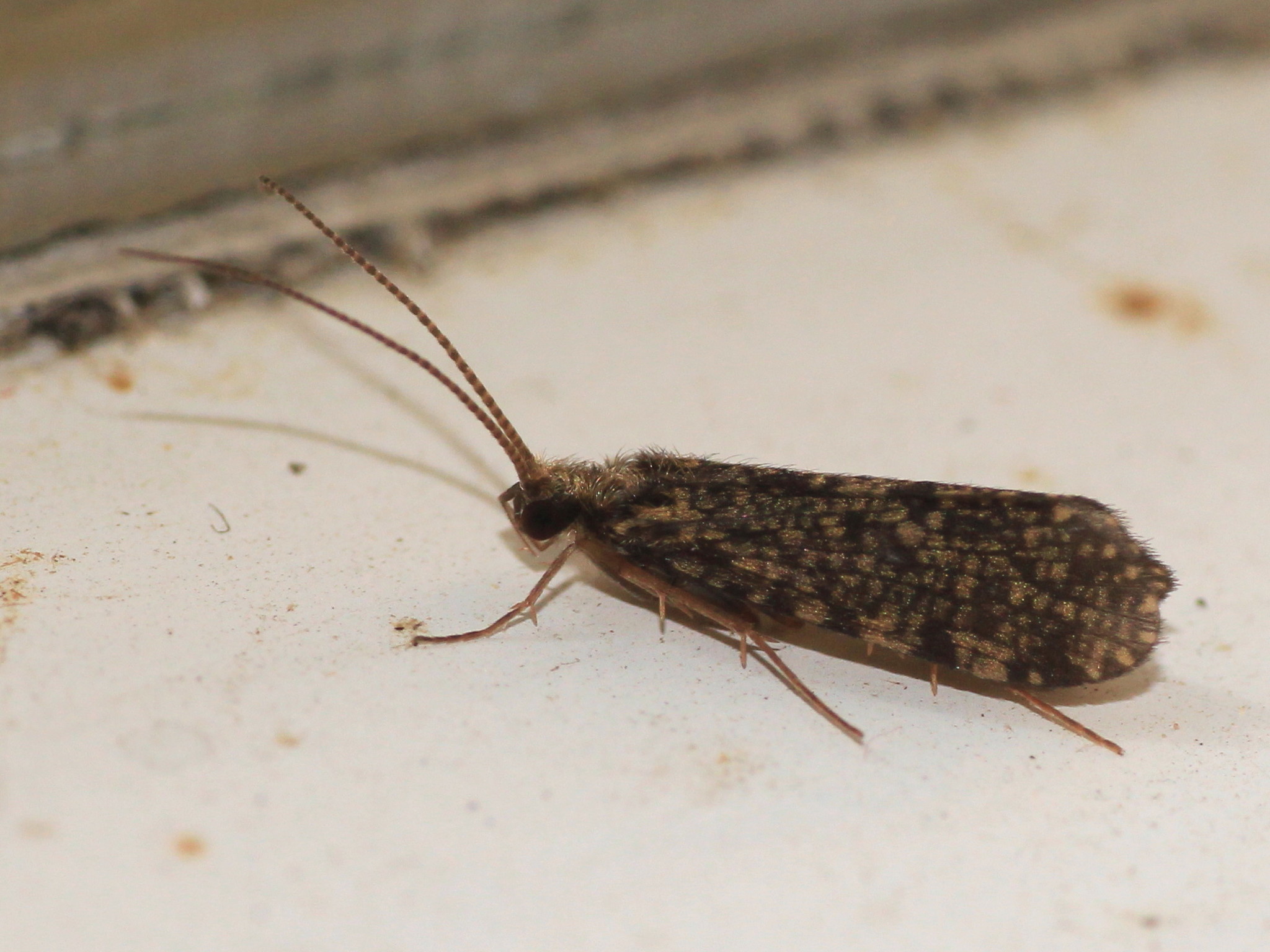 Note the hair visible above the wings. Taken from https://www.inaturalist.org/observations/18660283

Now, there are lepidoptera species that also seem to have hairy wings, such as the tussock moth: 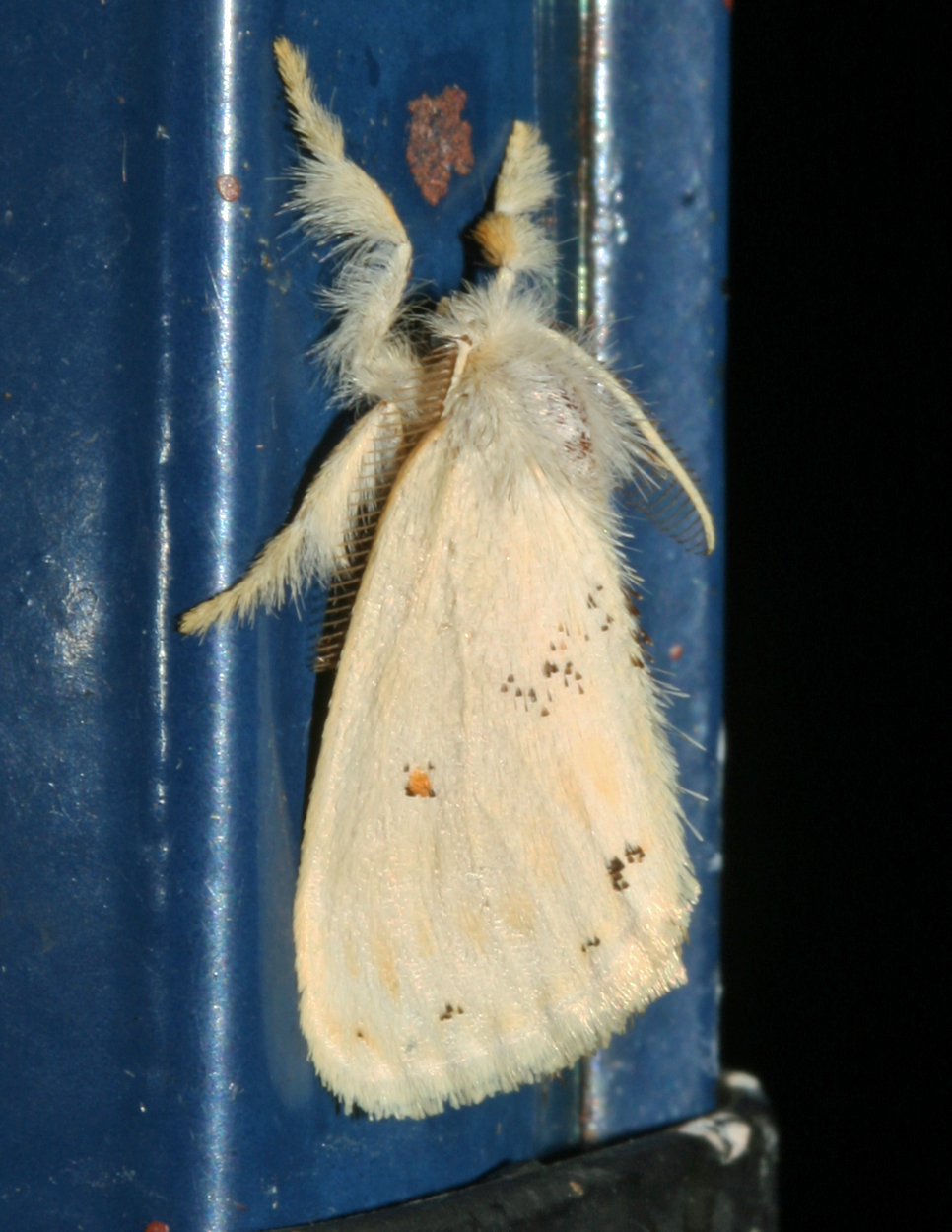 Note the hair as well. However, the shape of the antennae would be a dead give-away: as far as I know, trichoptera shouldn't have feather-like antennae. Furthermore, the wings still have noticeable scales, besides the hair. Taken from https://www.inaturalist.org/observations/18652111

Other lepidoptera species may also seem to lack scales, such as the Syntomoides imaon: 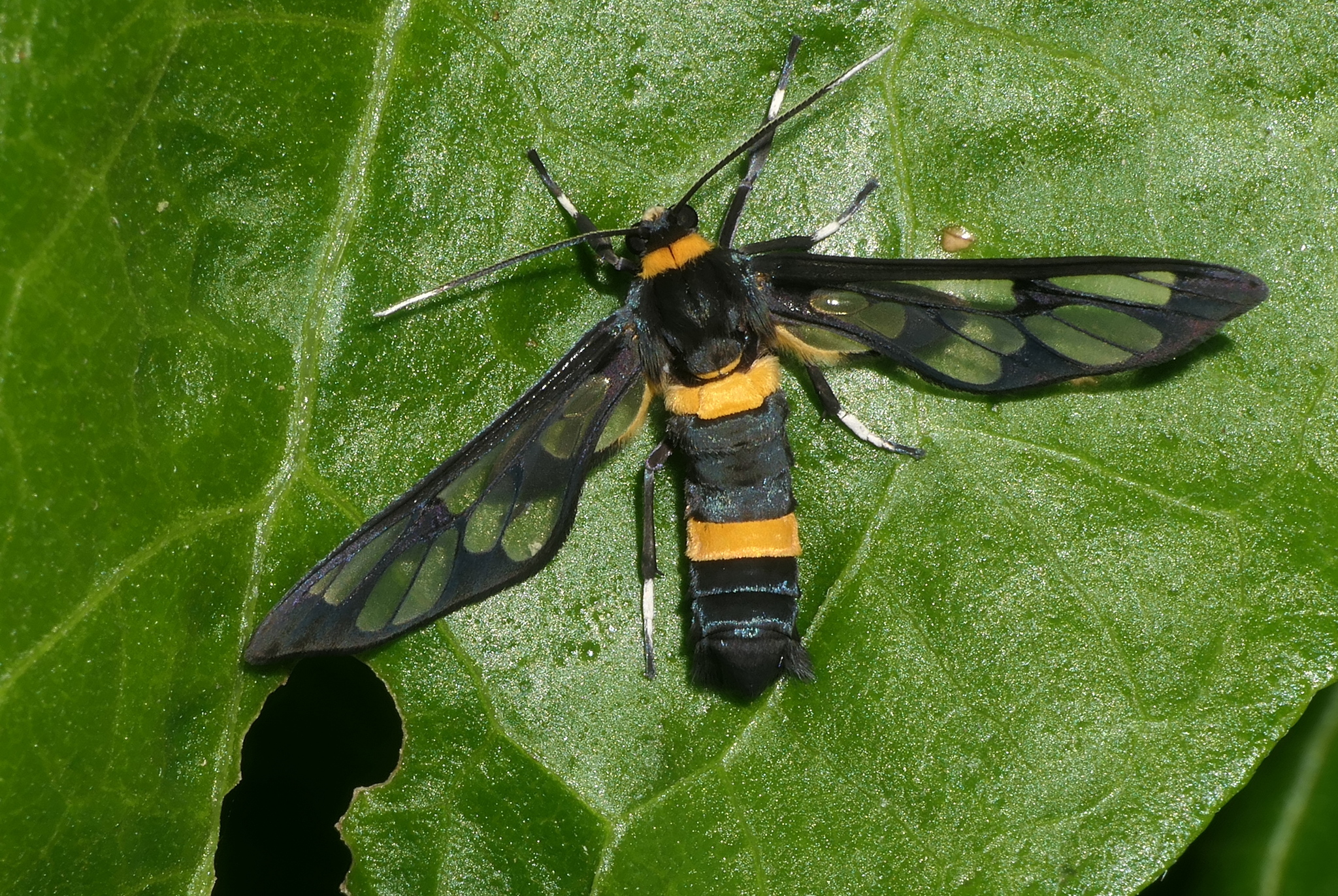 Parts of the wings of the Syntomoides imaon are transparent. However, anywhere that has scales should exhibit some kind of iridescence. You can use your phone's flashlight and try to illuminate the insect from different angles, and you should notice some iridescence. Trichoptera wings, in contrast, should just reflect the light flatly, due to the lack of scales. Taken from https://www.inaturalist.org/observations/18652111

Also, (most) butterflies and moths have a proboscis (the "straw" that can coil up, used to suck nectar). That's usually easy to spot if you can look at the head from the side. Caddisflies don't have that. Instead, caddisflies have mandibles (used to chew through their pupal case as they emerge as adults).

I did mention using a tele lens at the beginning of this answer. Of course, that's not "naked eye" like you asked. The point is that you begin by using a tele lens. As you see more caddisflies vs moth/butterflies, you'll build up a sense of the cues to look at. And at some point you may be able to distinguish them with your naked eye (depending on how close you can get your face to the insect and how good your eyesight is).

8
What species of eagle pushes their young to teach them flying?
15
What insect is this? (Central Africa)
5
The emergence of Phengaris butterflies from ant nests
6
What is this yellow sticky excretion from a moth? Details in photos
3
Large caterpillar with prominent eye-spots and a Morse-code pattern