What spider is that? 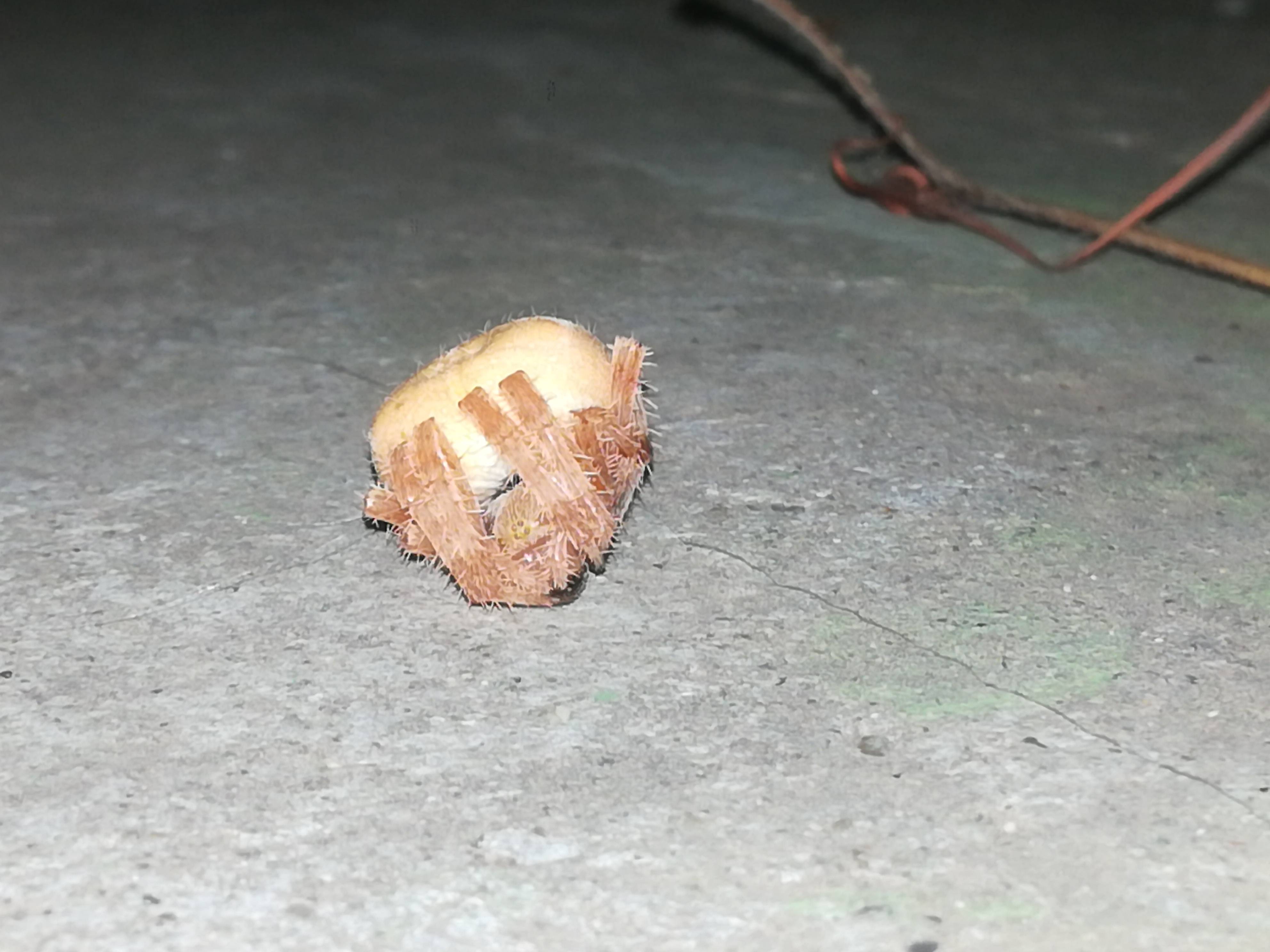 It was scared because my cat was playing with it. I saw it tonight (22 October) in Slobozia, Romania. I never saw something like it. The back is white with no points or marks or lines.

It's pretty clearly an Araneid of some kind, based on the large, globular abdomen, the eye arrangement at the front of the 'head', and the characteristic defensive posture when out of the orbweb. All known orbweavers are completely harmless to both cats and humans, so nothing to worry about! Unfortunately, I'm not familiar enough with central European spiders to tell you exactly what it might be, but I can assure you that it is not the only problem biter in your area - one of the Black Widows. I include a photo I found of a common orbweaver in Europe (the Cross Spider) which was also caught out of its web, and in a similar position (although clearly not having been attacked by a cat..). Whether yours is normally a plain white species, or yours is a leucistic (all-white or partially-white) variation of a normally darker and patterned species, I have no idea. As I say, I'm not familiar enough with European spiders to be confident about something like that. 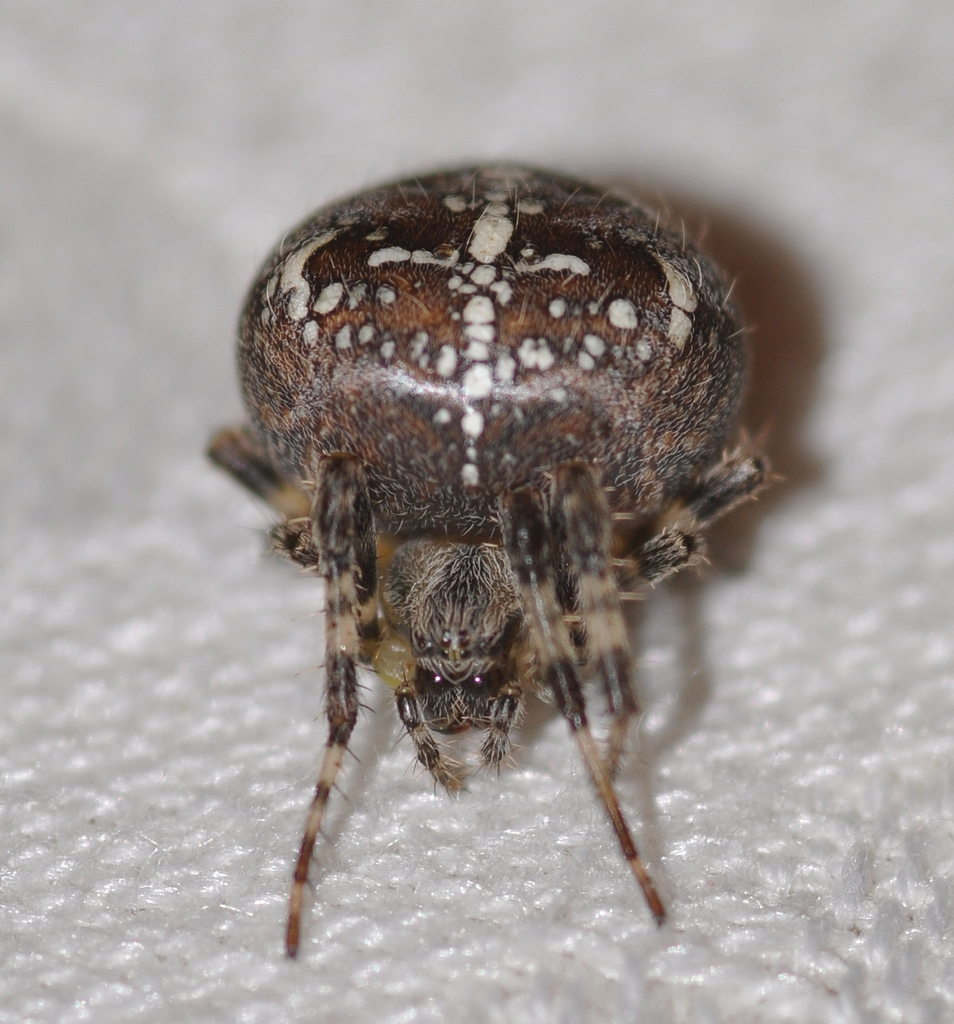 3
Identifying a spider from my childhood memory
2
Can/Do any spiders “release” their own web in the presence of a threat?
3
What species of spider is this?
1
Identifying a spider very similar to a brown recluse
3
Help identifying spider found in central Indiana US
3
Never seen a spider with this pattern before
2
What kind of spider is this, please?
1
Can anyone identify this spider for me, please?
1
Indian Spider Identification