Can a brain process auditory signals at 18 weeks of human development?

According to When a fetus hear , When a baby can hear in the womb and several other similar articles, a baby starts to hear sounds at week 18. And according to How hearing works. Hearing involves

nerves communicate to the brain. The hearing nerve then sends the information to the brain with electrical impulses, where they are interpreted as sound.

Does this actually mean a brain is actually processing auditory signals at 18 weeks of human development, or is the brain at 18 weeks only processing sounds by a process that doesn't involve the brain? Perhaps the conclusion might seem obvious for some, but not for me considering the supposed inability of the brain to process several others (or any other?) kind of signals at that stage, such as pain At what stage is the nervous system developed enough to interpret neuronal signals as 'pain'? and being the hearing experience directly connected to pain sometimes.

According to a concise review by Graven & Brown (2008) the development of the auditory system (Fig. 1) in the human is as follows:

* Gestational age is a measure of the age of a pregnancy which is taken from the beginning of the woman's last menstrual period (LMP), or the corresponding age of the gestation as estimated by a more accurate method if available. Gestational age can be obtained by adding 14 days to the point of fertilization. 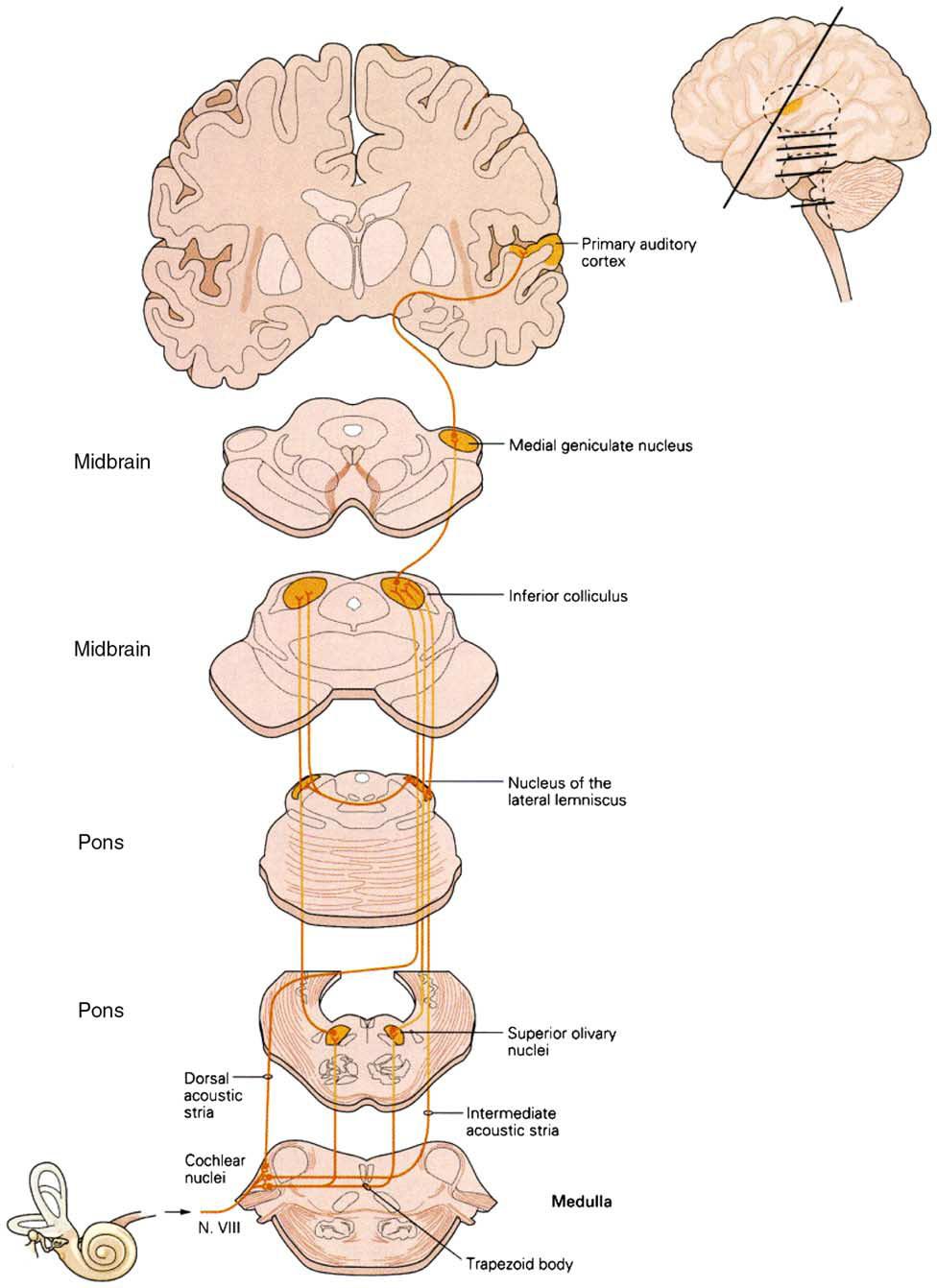 Not the answer you're looking for? Browse other questions tagged neuroscience development embryology hearing or ask your own question.

2
At what stage is the nervous system developed enough to interpret neuronal signals as 'pain'?

1
Are there "multi-frequency" signals within a human brain?
2
Which process is needed to complete male reproductive development?
1
Why is the threshold between human embryo and human fetus defined as 8 weeks after fertilization?
4
Is it possible to process electrical signals from the brain and interpret the results as exact thoughts?
5
How are hereditary neural circuits created in the brain during early development?
2
can auditory/ocular reflexes exist?