Hydrophobic interactions in the helix-turn-helix 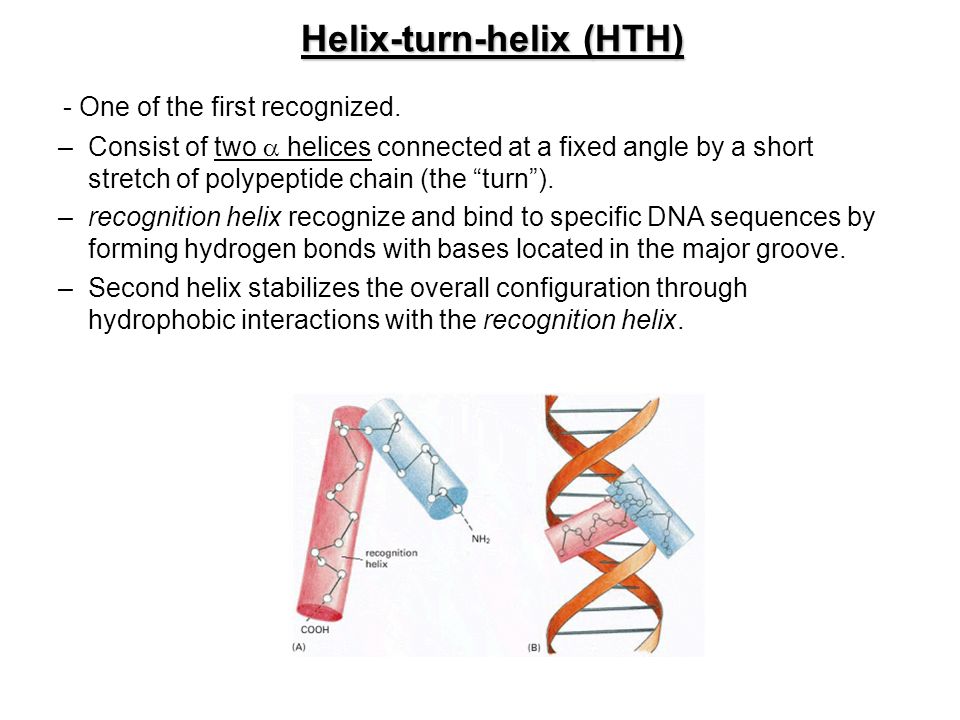 To quote Sir Max Perutz, in general, the insides of proteins tend to be "waxy", while the outsides of soluble proteins tend to be "soapy." Those two alpha helices are interacting in a space that is energetically unfavourable for a polar solvent, like water. Since the outside of the DNA double helix tends to be highly charged, and the edges of the stacked base pairs also have H-bond acceptors and donors, the portion of the alpha helix that interacts with the DNA sequence, will also contain charged amino acid side chains.

In contrast, the portion of the alpha helix that faces inwards, towards the interior of the protein, will have largely non-polar side chains.

Not the answer you're looking for? Browse other questions tagged molecular-biology dna protein-interaction or ask your own question.

2
Determining the appropriate bioconjugate
9
Stability of DNA double helix conferred by base stacking
1
At what point, when connected, do DNA strands become a helix?
1
Query regarding KEGG KGML pathway files
3
Biological validation of computationally determined gene-gene interaction
10
Why don't the heads of phospholipid bilayers repel hydrophobic molecules?
1
Application of molecular dynamics simulation (or alternatives) for the full pathways of protein interactions?
6
Are there any known consequences of the right-handedness of the DNA double helix?