Since Oxygen is produced by photosynthesis, would there be less oxygen in the air in winter, where the trees shed their leaves and the sun generally shines a lot less? If yes, would that be a noticable difference?

Pretty interesting question: The short answer to it is: Yes, the seasonal O2 levels vary with the season and this can be measured. The paper in reference 1 says that this is connected to two phenomena: Production of O2 by photosynthesis and also the uptake and release of O2 in the oceans due to higher temperatures (warmer water dissolves less gases).

The graph from paper 3 also shows that the CO2 concentration is inverse compared to O2, since during the photosynthetic period of the year CO2 is consumed. 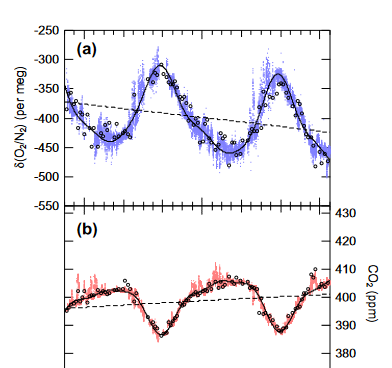 The following figure is taken from the website of "2° Institute" and is interactive, so can actually check, when the concentration is at which level. The general O2 concentration is getting lower, it is assumed that this happens due to the human CO2 production, the source can be found here. 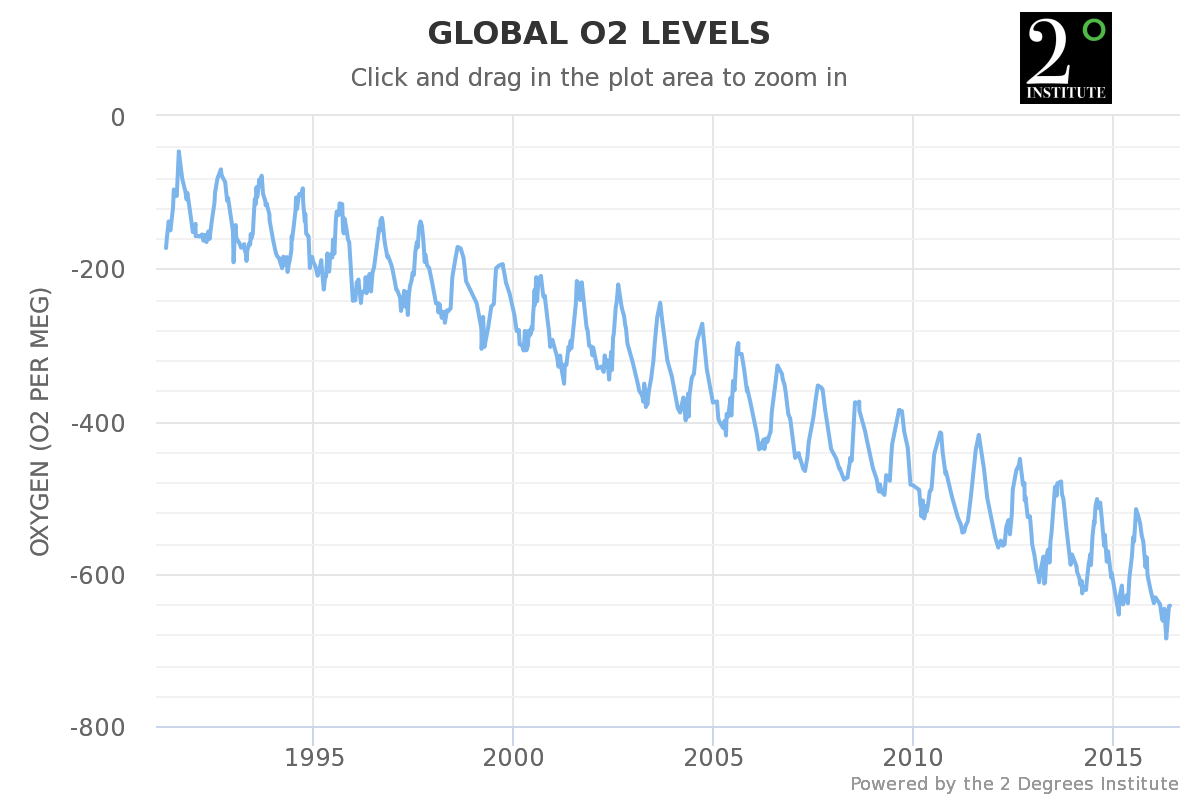 References (please let me know in the comments, if you can't access the articles):

Not the answer you're looking for? Browse other questions tagged trees or ask your own question.

5
How does one calculate the amount of oxygen produced by trees?
4
Strategy for tree and shrub identification
10
What kind of tree is this — why do its huge leaves change shape and “grow fingers”?
0
Why do some trees hold their leaves through fall and winter?
2
Why does a lightsource postpone the time it takes for the leaves falling from a birch tree?