Is there a mechanism of timing or delaying the expression of gap genes?

Gap genes are expressed in presence of the right combination and amount of transcription factors. But is there any additional mechanism of timing the expression of the gap genes to ensure that they are expressed at the right time? 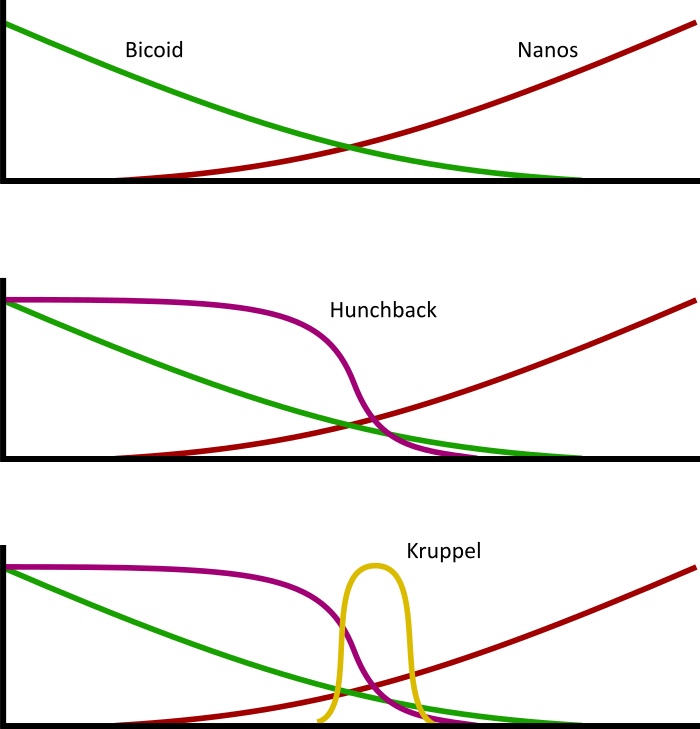 Makes perfect sense, unless you look at it from dynamic, biochemical perspective:

Firstly, bicoid and nanos slowly build up in the embryo: 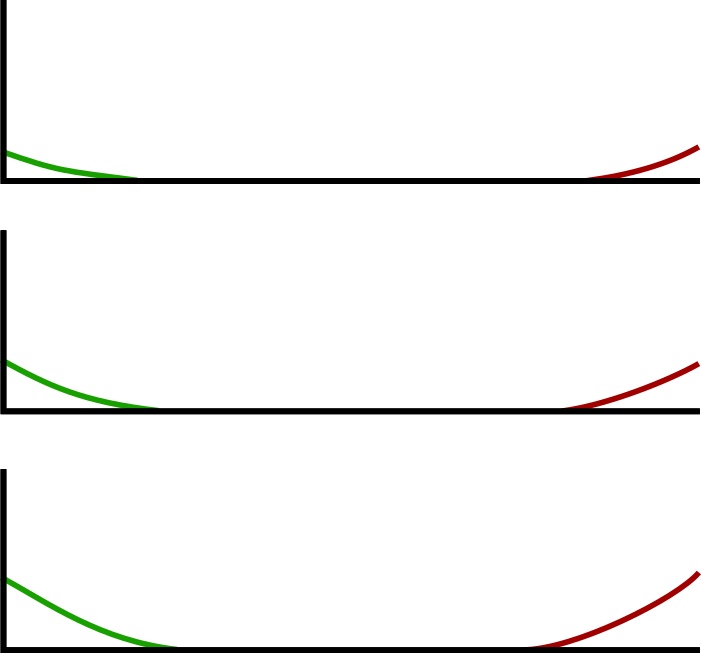 As soon as there's enough bicoid at the anterior region, hunchback immediately starts building up too: I mean, it can't just choose to wait for bicoid to establish its gradient or something - if there's a promoter for it, it should react accordingly. 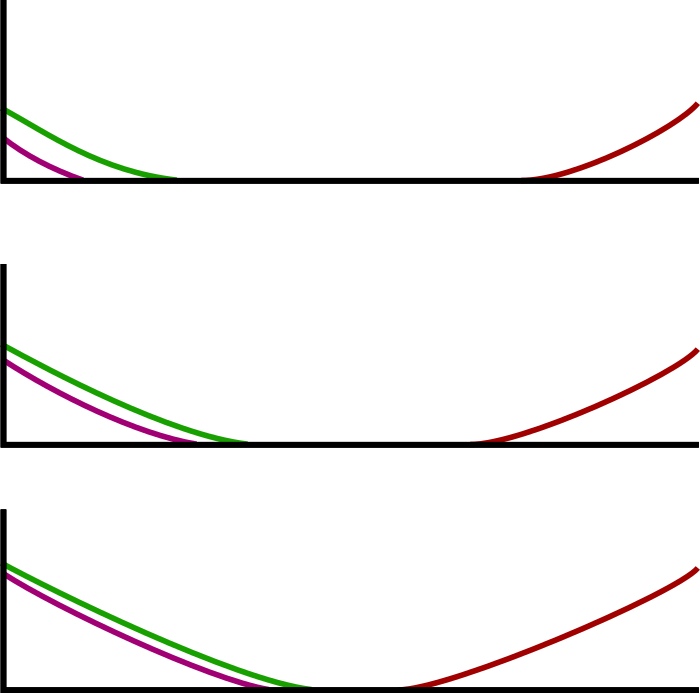 And so it "chases" the bicoid gradient, in a manner of speaking, and will continue to chase it until it stumbles into nanos protein, which suppresses it.

All this makes sense so far.

The only problem is that at this point, there's just perfect amount of it for Krüppel at the anteriormost region, so Krüppel should start being expressed there:

Eventually, there'll be too much hunchback at the anterior region, so Krüppel should cease to be produced - but some quantity of it should be expressed there nonetheless. The final gradient should look like this:

This Krüppel example is just one examples of several, when there must be some timing control in order for genes to be expressed properly.

Browse other questions tagged gene-expression development or ask your own question.

2
What is the mechanism of regulation of PER /CRY genes?
5
which exact mechanism triggers the first cell differentiation after n divisions?
1
Expression of plasmid genes
8
How does the colinearity of the HOX genes determine the body plan of an organism?
6
Can molecular genetics make a boolean variable from a continuous variable?
4
Is it possible to express the cistrons from a polycistronic insertion fragment in a single plasmid?