What species is this orange mushroom in Romania? 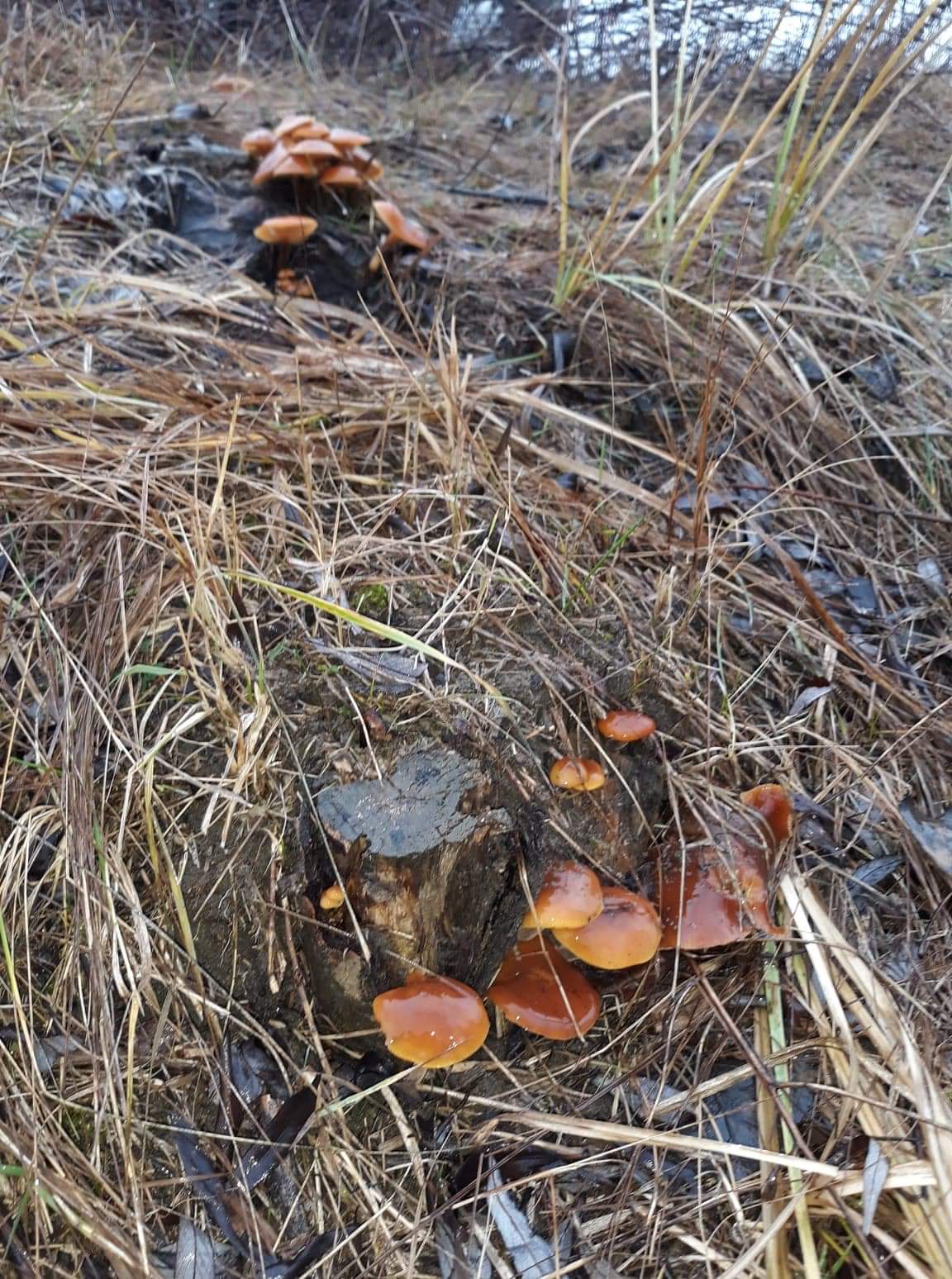 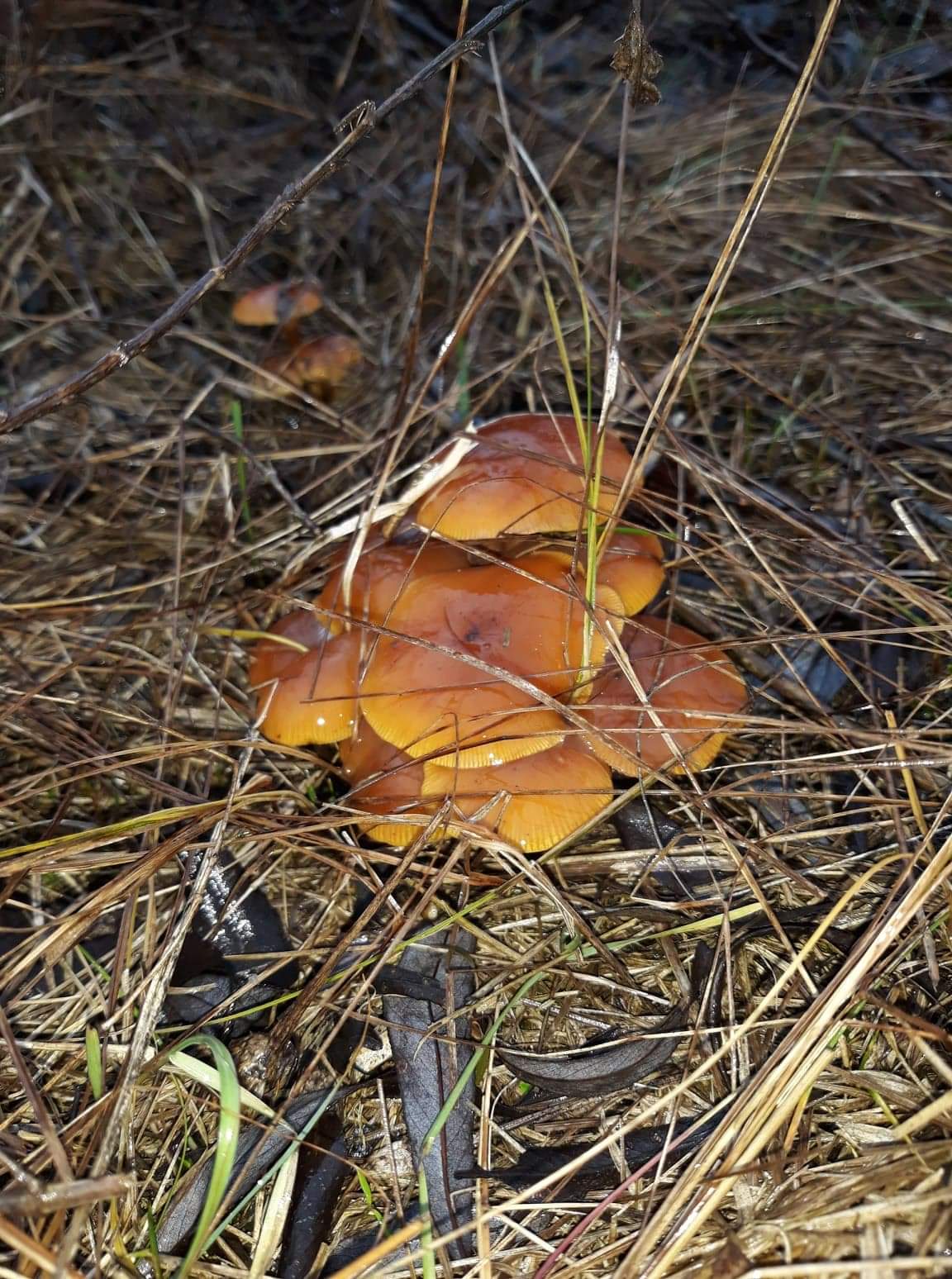 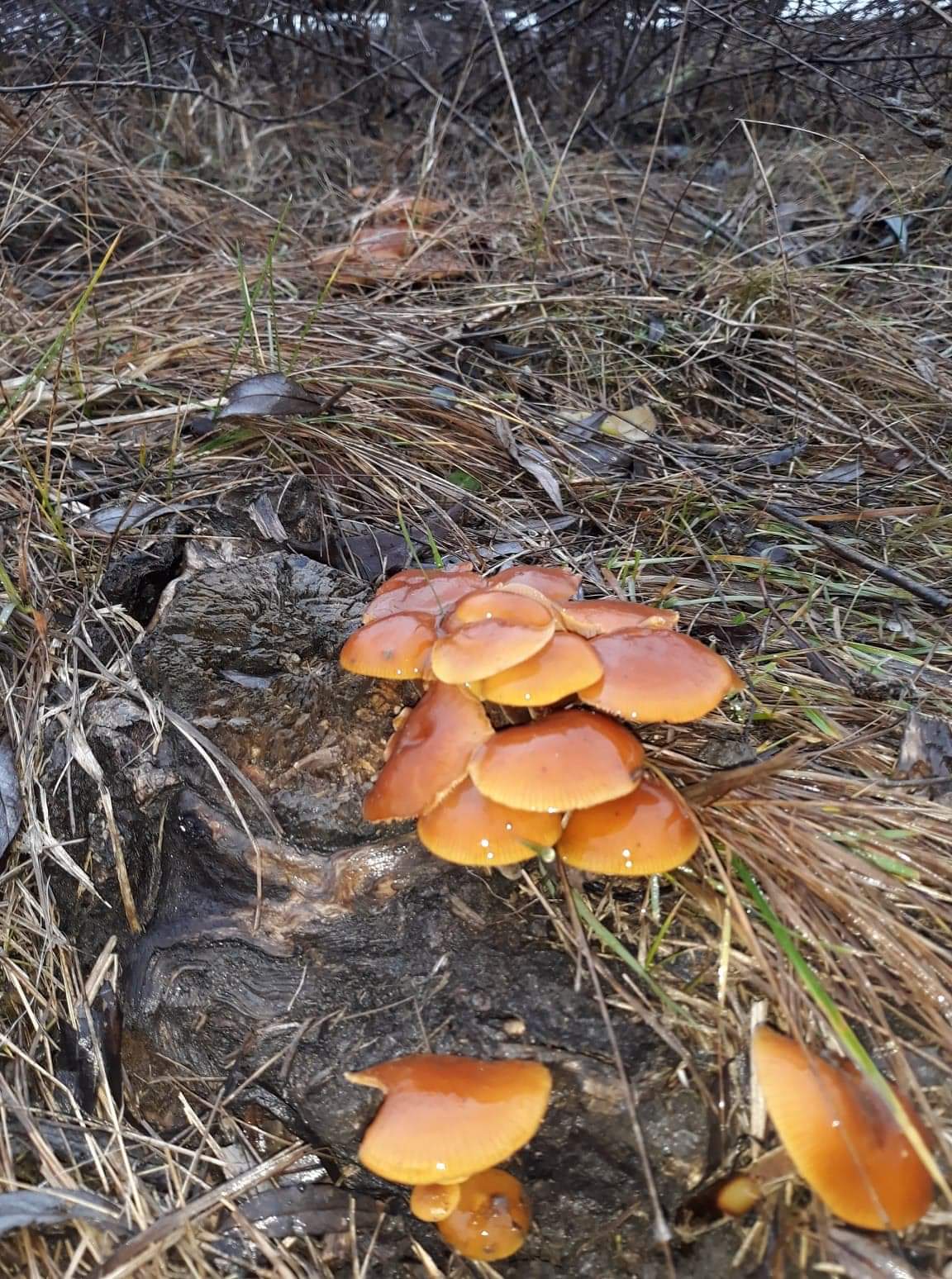 So I've found these mushrooms near a ditch on a field a few days ago in Romania. Can anyone help me with identifying what species of mushroom is this? The size of a mushroom is about 3-6 cm in diameter. Thanks and a happy new year.

Quote from Wikipedia about the diagnosis:

The clustered shiny convex caps are 6–8 cm in diameter. They are very hygrophanous; in a damp state they are shiny and greasy with a deep orange-brown colour towards the rim; often there is a disc of lighter (less sodden) flesh in the middle. In a dry state they are cinnamon-coloured. The gills are initially light and later cinnamon brown, and are sometimes somewhat decurrent (running down the stem). The stipe is 8–10 cm long by about 0.5–1 cm in diameter with a ring which separates the bare, smooth light cinnamon upper part from the darker brown shaggily scaly lower part. This type of stem is sometimes described as "booted". This species always grows on wood, generally on stumps of broad-leaved trees (especially beech, birch and alder), and rarely on conifers. It is found from April to late October, and also in the remaining winter months where conditions are mild. It is often seen at times when there are few other fungi in evidence.

Further details can be found here in English

or here in Romanian

5
An unexpected mushroom in my garden
13
Help to identify this large, slow-growing mushroom?
5
Can someone identify this mushroom?
4
Mushroom Identificaton(USA)
4
Help identifying a mushroom found in Raymond, WA, USA
4
What kind of mushroom is this in central Europe?