What are these tiny, swarming, jumping bugs?

I built a small plywood box in my yard (on Long Island, NY, USA) for some stray cats about a year ago. I didn't bother waterproofing the box, and so over time the box has gotten damp.

About two weeks ago I started seeing small reddish brown bugs on the box, and in the food/water dishes near the box. Can anyone help identify them? Here are some details:

All of this makes them sound like fleas, but they're not fleas -- they don't jump as high or have the flat body of a flea. They actually look like arachnids. OK that makes them sound like baby jumping spiders - but I've seen baby jumping spiders at work, and these look different (they're reddish brown, not black, and they don't jump in an "across" direction, they jump upwards, kind of randomly). Maybe they're a different type of jumping spider, but why haven't they moved on? Why are they taking up residence on the box, instead of spreading out and going their separate ways like baby spiders usually do?

They're are about the size of a sesame seed so it's hard to get a good picture. 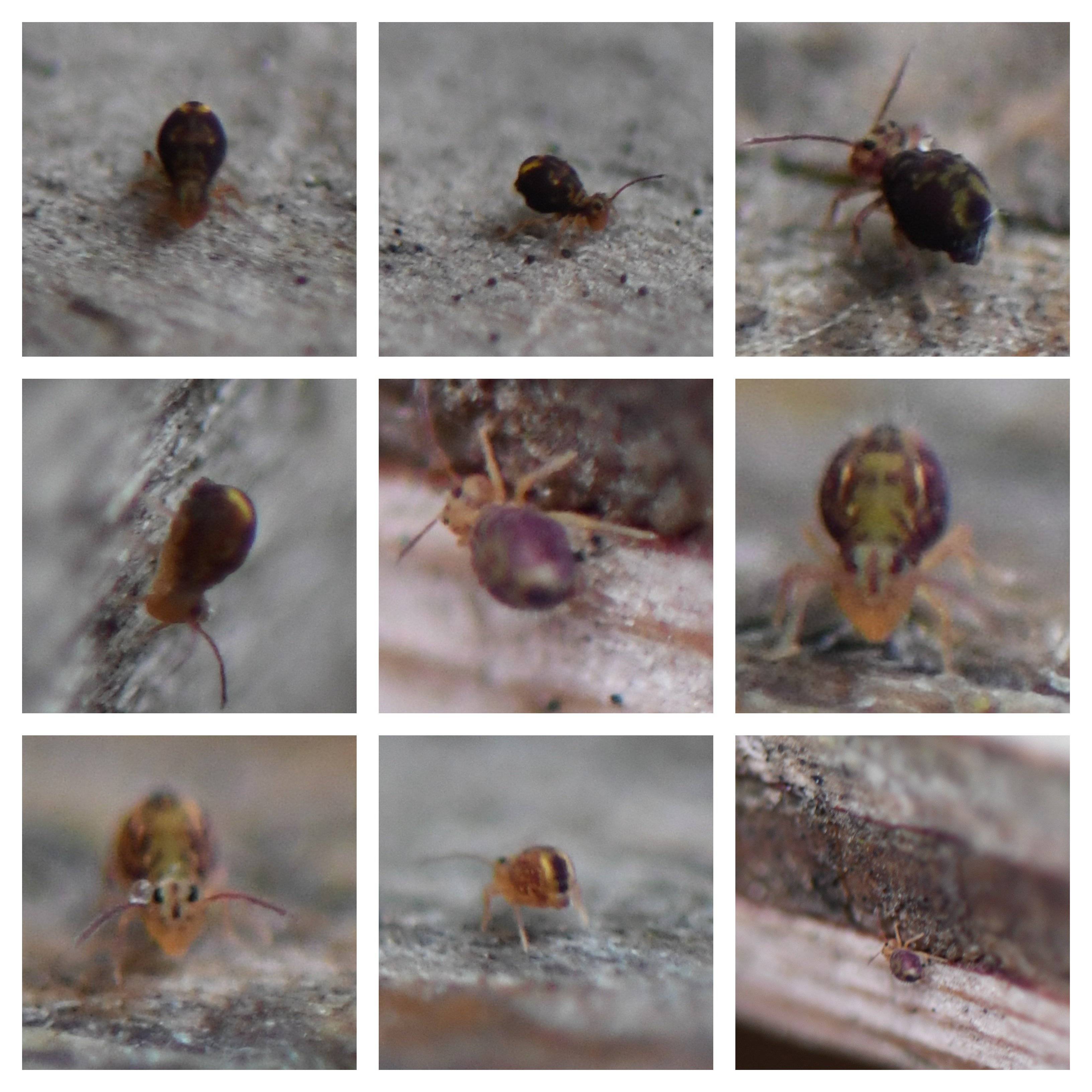 Very useful image updates! These are actually not arachnids but hexapods called springtails (order Collembola). Although springtails are often very tiny and hard to see without a lens, you happen to find some "larger" specimens. Specifically, these appear to be some species in the family Dicyrtomidae. 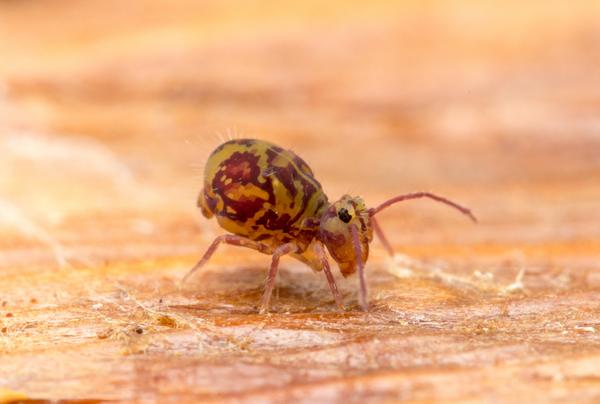 Your species resembles the image of Dicyrtomina minuta seen here or Dicyrtomina saundersi seen here (though I can't be certain of these source's accuracy). 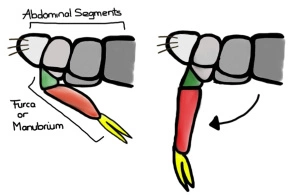 According to NC State Extension:

Collembola.org has many excellent close-up images as well as detailed descriptions of nuances and sexual dimorphism seen in the Dicyrtomina group of springtails.

Not the answer you're looking for? Browse other questions tagged species-identification entomology arachnology arthropod or ask your own question.