Don't rush to conclusions. This is a serious question.

The most widespread depiction of intelligent, "human-like" aliens are that of a species with considerably larger eyes in proportion to body size vis-a-vis human beings (just google alien and select images and you will see what I mean). Example: 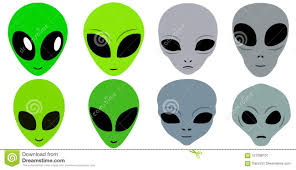 Now, say we were to find a race of alien with such characteristic. Assuming their form of life is based on evolution as we know it, what could we deduce about their needs and environment based solely on such information? (i.e. that their eyes are larger than ours, ceteris paribus).

In other words, according to our scientific knowledge of life on Earth, why might alien have relatively large eyes?

This article suggests animals have big eyes because of their primarily night activity, being in places with little light (e.g. deep under the ocean), or because of better 3D range. But I would like something more scientific. The article is a bit "pop".

Browse other questions tagged eyes or ask your own question.

15
Do insects with compound eyes have depth perception?
7
Is the eyes' movement discrete?
7
Do octopuses have better eyes than humans?
1
Are human eyes equally sensitive to AC, and DC lamps?
1
Flicker fusion threshold for insect eyes
3
How come all my family have brown eyes and I have blue eyes?
5
Why did Opabinia have 5 eyes?
8
Do animals with their eyes ~180 degrees apart have depth perception?