Can someone help me to identify what kind of pear is this?

I went to my local groceries supermarket (in Lima, Peru) and found this cheerful looking pear named locally as "pera canela". But I found it weird as the only variety which I'm aware of is Packham's pears. I tried to do some research on different cultivars and species known of pears. So far the only ones which I found were in this wikipedia's entry but it didn't help me much. 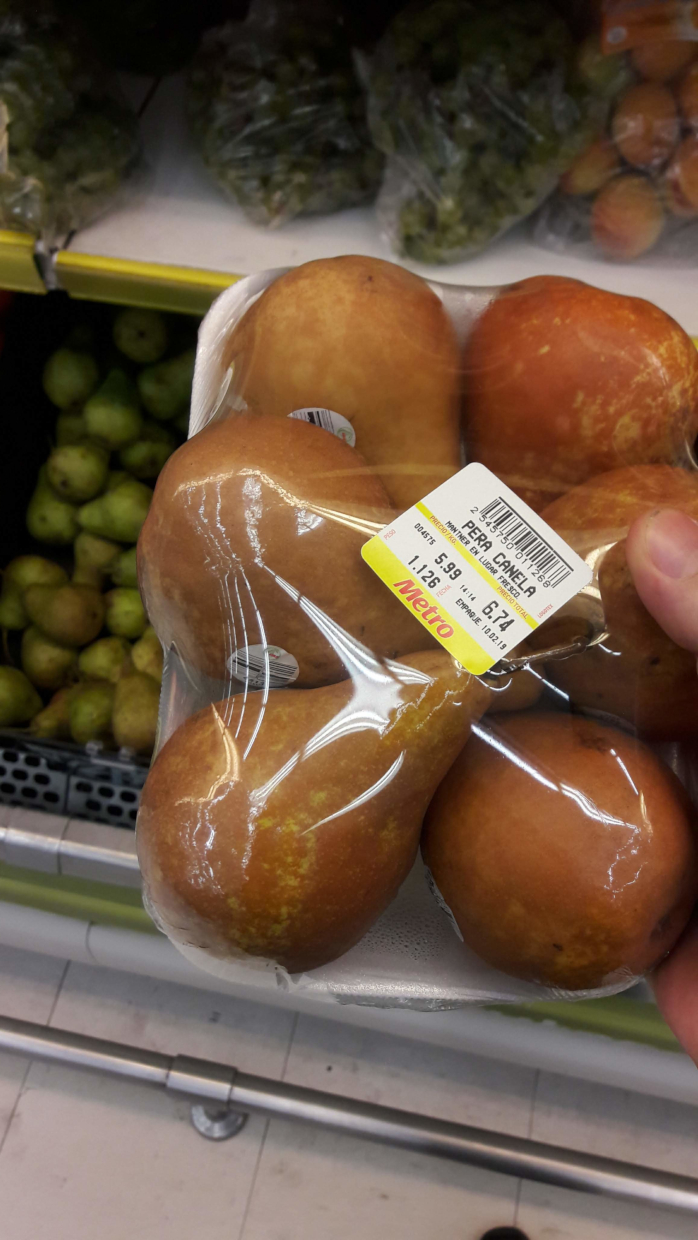 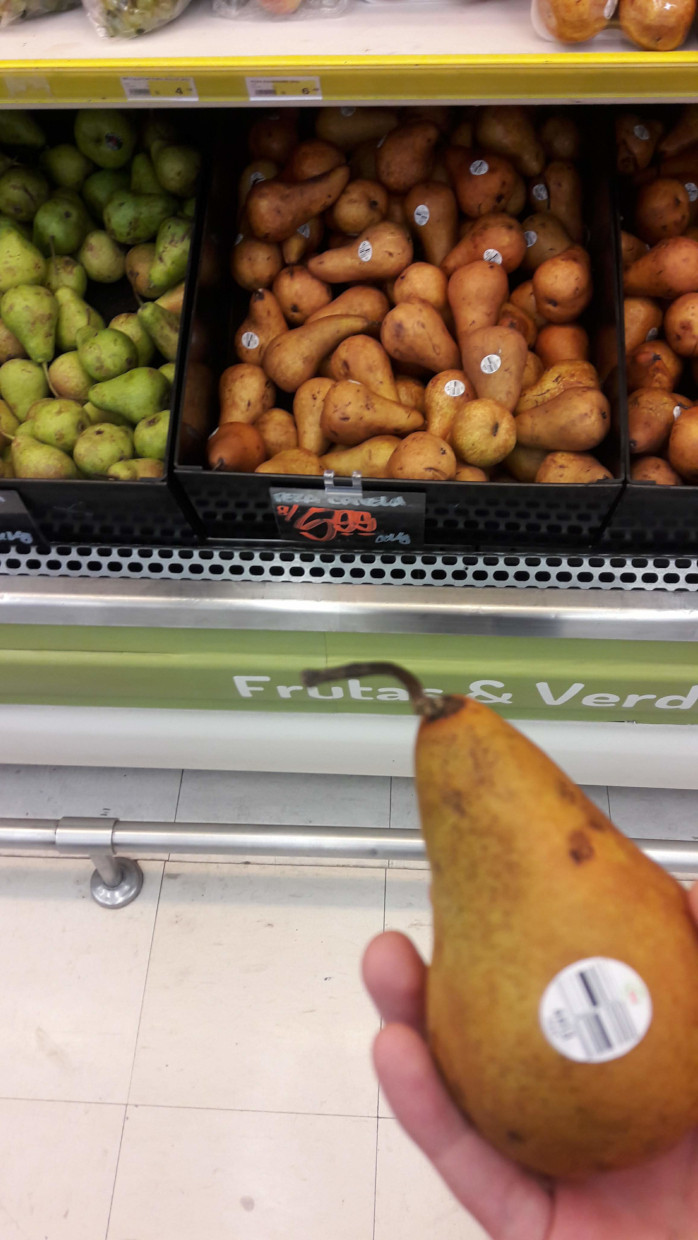 Figure 2. Picture of Pera canela's as they are on a basket in groceries stand. Seen in the background. 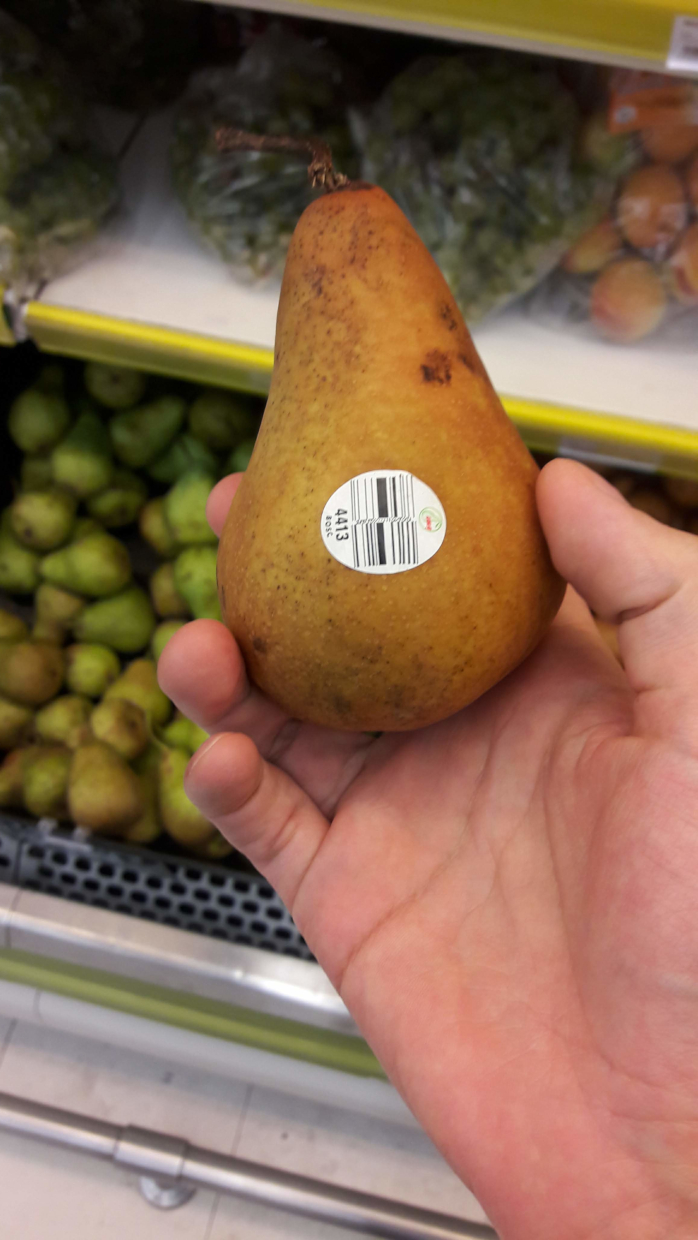 I've tasted it and it is a little bit more sweeter than the Packham's variety, on the juicier factor I would say that it is pretty much the same as Packham's

So far by comparing it with different entries on Wikipedia. I'm not very sure if it's a local name given to either Abate fetel or perhaps to Bosc varieties, or could it be a D'Anjou?

Since I'm not good at identifying plants, can somebody help me identify which kind of pear it is? It would also greatly help me if the answer could include its scientific name so I could do more research into it.

Plu Code 4413 is a bosc pear (a cultivar of Pyrus communis). 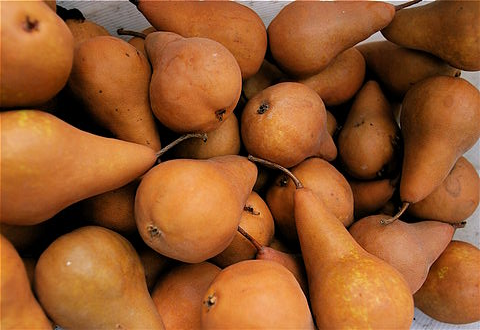 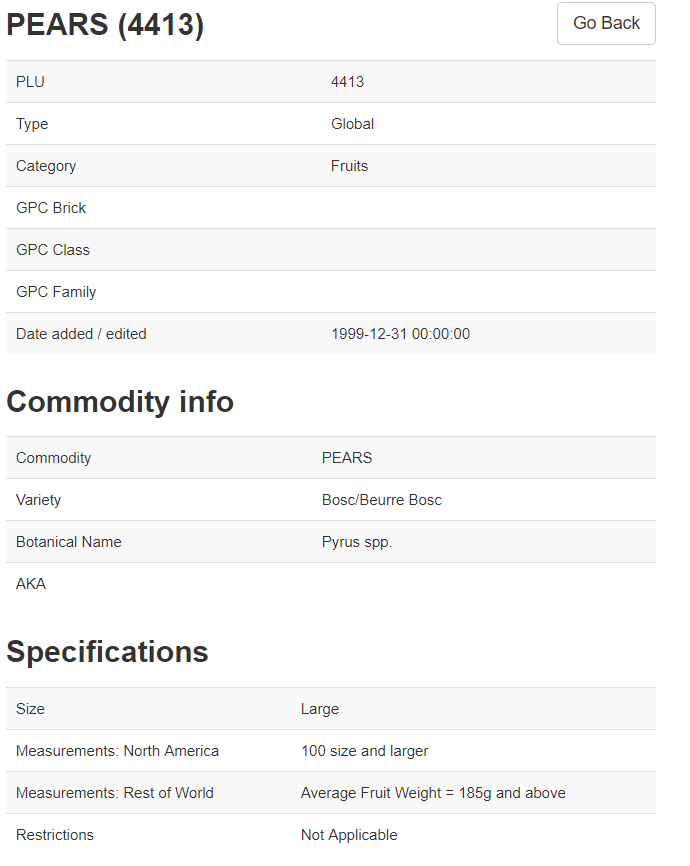 FYI: take a close look at the pear you're holding in your picture:

Pera canela, meaning "cinnamon pear" in English, is in reference to its color. From Wikipedia:

Famous for its warm cinnamon color

Not the answer you're looking for? Browse other questions tagged species-identification botany food trees fruit or ask your own question.