Why is ATP used as a source of energy rather than glucose?

I'm struggling to pinpoint a misconception, but I don't think I understand why ATP is used as an energy molecule instead of glucose. I understand that glucose is respired, oxidised or combusted and produces energy in the form of ATP so I guess what I don't understand is why glucose isn't hydrolysed (like ATP is) when energy is needed instead of having to convert its energy to ATP first.

Well the mechanics of this can actually get pretty complicated, depending on how far into the biochemical weeds we want to go, but there are a couple of very simple reasons at the core... Well they actually aren't that simple, but they can at least be analogized in simple ways. The first, and easiest to illustrate is this. This is a glucose molecule: 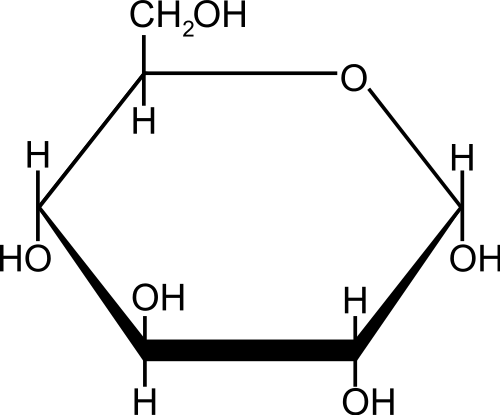 And This is an ATP molecule: 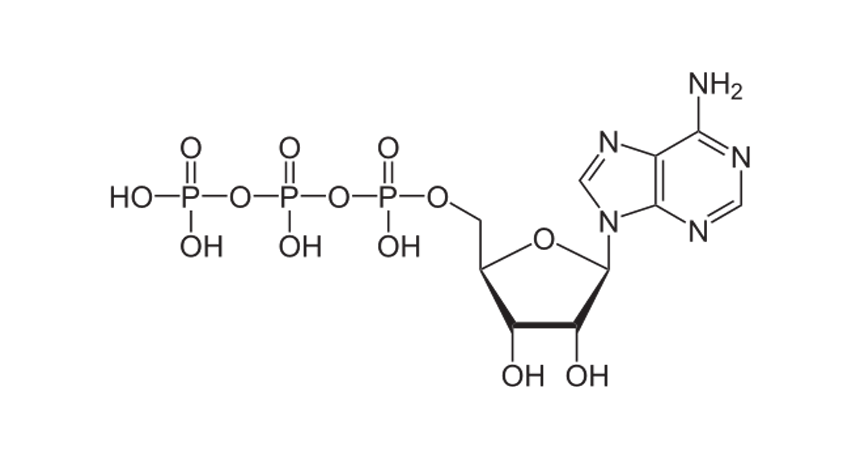 If you want to get some energy out of an ATP molecule, all you have to do is break off one of those phosphate groups. If you want to add more, you just stick another phosphate group back on. This can be done without significantly changing the structure of the molecule itself. That Adenosine base never gets touched. Only the chain of phosphates is manipulated. It is much more energy efficient to add and remove those phosphate groups than to add and subtract elements from a glucose molecule, as there is no way to effectively break it down without significantly changing its structure, which makes it harder to build back up. We want a molecule that it is just as easy to add energy to as it is to pull energy out. The glucose molecule just doesn't have a chain sticking off that's easy to remove and put back at will. The CH2OH group on the end looks like an attractive energy sink on its face but getting the whole thing off isn't nearly as easy as it looks, and it doesn't contain as much energy as a phosphate group either, which brings us to the second easy to illustrate reason ATP is more attractive than glucose as an energy carrier.

If you look at that chain of phosphates, you will notice that they are each separated by an oxygen atom. There are also a bunch of convenient hydrogens and OH groups floating around that make hydrolysis and dehydration very easy. Where would you hydrolize the glucose molecule to produce a low energy molecule that can be converted back to glucose more efficiently than ADP can be converted back to ATP? Just compare this process:

The ATP hydrolysis looks more like the breaking down of polysaccharides into glucose than the catabolism of glucose itself, and this is at the core of the difference between the two molecules. It is always easier to add and subtract links from a chain than it is to make direct modifications to one of the links themselves. Glucose is great for energy storage. You can pack a lot of energy into a glucose molecule, but once you get it out, it's very hard to put it back. It's much easier just to throw out the waste and start over by making or eating another one. We don't have this luxury with ATP. It has to be able to drop off its energy load and go pick up more. For this, the structure of ATP is much more appropriate than the structure of glucose.

To understand this answer to the question one needs to have an elementary acquaintance with glycolysis and the concept of free-energy change in chemical reactions. This can be obtained from biochemical texts such as Berg et al. on-line.

If biochemical energy is stored predominantly in a particular molecule, that molecule acts as “currency” which can be used for a variety of biochemical requirements. The general idea is that the (negative) Gibbs Free Energy change of the conversion:

There needs to be some way of recharging the unloaded-purse with energy.

In cellular metabolism ATP is the loaded purse and ADP — and sometimes AMP — the empty purse. The question is why ATP, and not glucose.

Desirable Properties for an Energy Currency

Here are some. You may be able to think of others.

How do the candidates fulfil the requirements?

If we look at glucose as such, it immediately fails the test on count 2, because the energy released by its oxidation to carbon dioxide and water is much more than is needed to drive most chemical reactions: approx. 30x that for the hydrolysis of ATP, which turns out to be of a more suitable magnitude.

But, let’s not give up on glucose yet. We could take just one of the intermediate steps of glycolysis where a suitable free energy change does occur. A prime example is the oxidation of glyceraldehyde 3-phosphate. In glycolysis the energy change is used to phosphorylate the oxidation product (phosphoglycerate), but in a different universe we might imagine glyceraldehyde (with or without the phosphate) to be the energy currency, and the free energy of its oxidation coupled to other reactions.

This has one chemical problem: what is happening to glyceraldehyde (and glucose as a whole) is oxidation — not hydrolysis as the question states — so it would only be suitable for driving reduction reactions. It fails on count 1.

“High energy” redox intermediates have their place in metabolism — NADH etc — but this is clearly limited, which is why the energy of their oxidation is used to regenerate the more general currency. In practice this is ATP. Although one can argue whether Nature could have adopted some other molecule which had a high negative free energy of hydrolysis, that is not the question here. (It does in some cases.)

There is no real need of either of points 3 and 4 to rebuff the glucose argument, but there is no harm in addressing them. Could an intermediate in the oxidation of glucose be used without disrupting the process of glycolysis? Perhaps — ATP is used for RNA synthesis. But what would be the advantage anyway? Glucose is not the only cellular source of energy — Why not an intermediate in the oxidation of fatty acids? And if you accept that the currency would have to be an intermediate, the availability of glucose is less relevant, because the purse would not need remaking all the time, just refiling, in a similar way that adenosine synthesis is low compared with the phosphorylation of ADP.

There is a specific section in Berg et al. on ATP as an energy currency.

Not the answer you're looking for? Browse other questions tagged cellular-respiration or ask your own question.

14
Do mitochondria simply automatically convert glucose to ATP?
2
Are there differences in energy of glucose isomers?
14
Why is ATP produced in photosynthesis used to synthesize glucose?
6
What is the ultimate source of ADP/ATP in humans?
3
Why does ATP contain ribose rather than deoxyribose?
0
Why do zoologists classify sponges as animals rather than plants?
6
Why is ATP synthase sometimes referred to as ATPase?
2
Why does hexokinase bond phosphate to the hydroxyl group on carbon-6 of glucose in glycolysis?