Is this a type of fruit fly?

I live in Taipei, and these flying insects are about 2-4 millimeters long (body length). They are very active when it's over roughly 24C indoors, and will fly, land and run around randomly on interesting surfaces then fly again, all in one continuous motion.

Some have moved into my apartment again.

They are attracted to food, especially coffee grounds!, vinegar, bread, and dark, moist areas. I can use these attractants to catch them inside bottles or plastic bags, but can't ever seem to get the last one.

I see them fly around while mating end-to-end (twice as long as a single fly) and they often go right past my face while doing so as if to say "ha! there's more of us on the way!"

The heads seem smaller than in images of common fruit flies that I've seen.

Are these likely to be fruit flies, or something else? I don't need an exact species identification, I'd just like have some kind of classification to describe them with besides "little flies".

In this answer to a related but different question, it was proposed that they were something very different, but I don't think that's the case.

Photos: the best I cold do with my cell phone plus a magnifying lens. 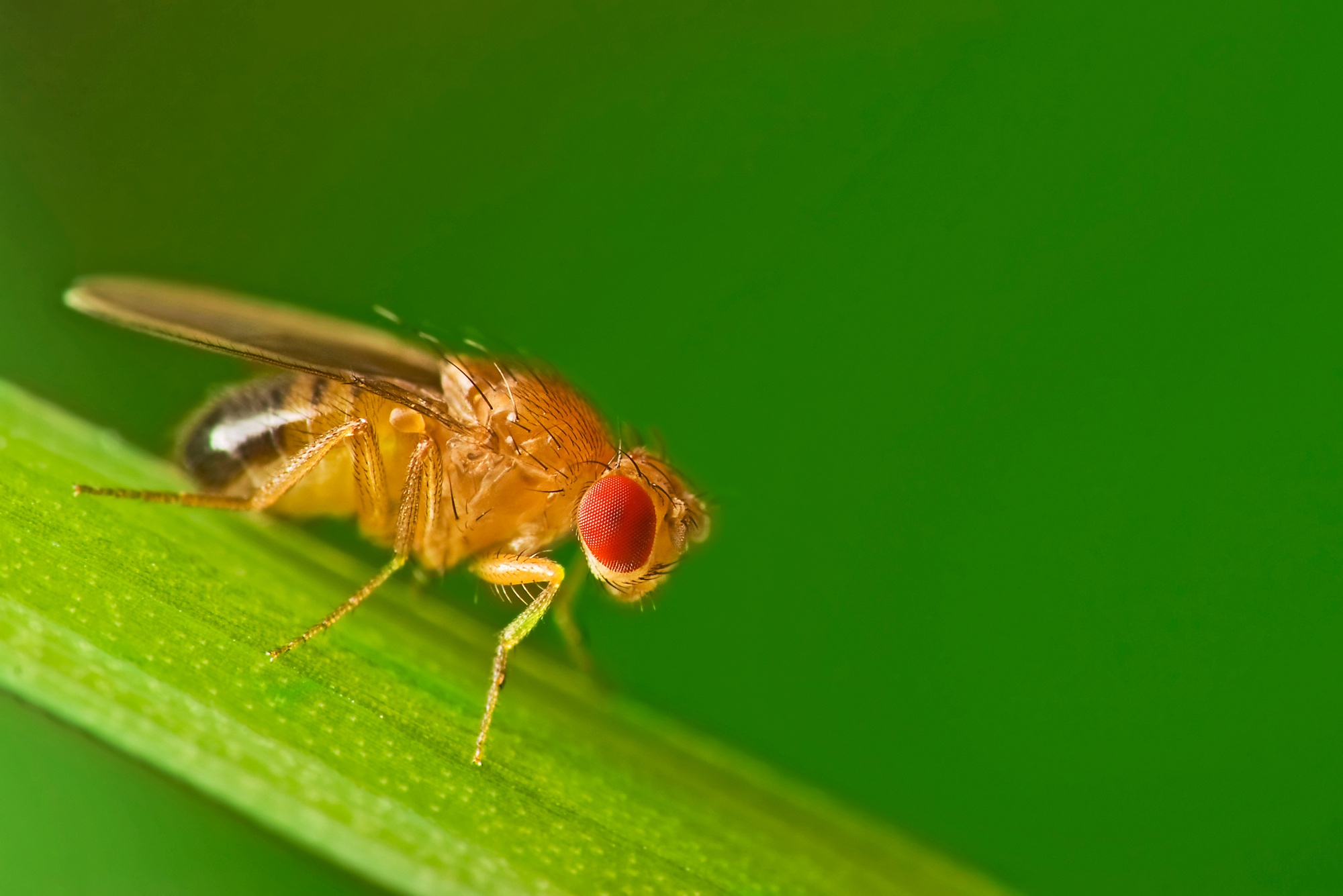 I can't pinpoint on the species name but a quick common fruit fly should give you a image which look very similar to the one in your photos.

Hope this is the one

1
Why won't this spray kill this bug (household insecticide); could it be so selective?

7
Identification of this fly?
8
What species of eagle pushes their young to teach them flying?
3
Can fruit fly larvae eat plastic?
14
Name and Behaviour of Arthropods near a Cactus
15
What insect is this? (Central Africa)
9
What is the family of this insect caught by my Drosera?
6
Help me identify species of fruit fly?
4
What Type of fly is this? its huge
1
Species identification: 2.5mm (3/32" or 1.5/8") brownish ant in highrise apartment