Are viruses ever manufactured directly from viral DNA embedded in the genome?

Some viruses can cause their genetic material to be pemanently stored in the human genome -- even getting passed on to offspring.

Endogenous Retroviruses, for example are thought to make up between 5~8% of the human genome.

Does stored viral DNA present in an otherwise uninfected human being's (a newborn baby for example) genome ever get used to spontaneously manufacture new virus bodies, thus infecting the host, and causing them to suddenly become contagious without ever having encountered an actual virus?

Put differently, is it possible that a human being harboring viral DNA and quarantined in a sterile enclosed environment (bubble, etc) preventing any contact with external contaminants (viruses), could ever spontaneously become infected with a virus, due to the stored viral DNA getting expressed?

It sounds like you're referring to the transition from the lysogenic cycle to the lytic cycle. The lysogenic cycle involves the viruses' DNA being integrated into the host's genome, such that the host has a dormant infection, the lytic cycle involves the virus' DNA being transcribed and translated to make the components of viruses, like capsid proteins, which then self-assemble to form many viruses which then leave the cell. The fact that this transition can occur means someone can experience an active viral infection, with proliferating virus particles, without exposure to additional viral contaminants. If it couldn't, then would there be much point (from a virus' perspective) to the storage of viral DNA in the genome which, as you've noted, retroviruses can do? 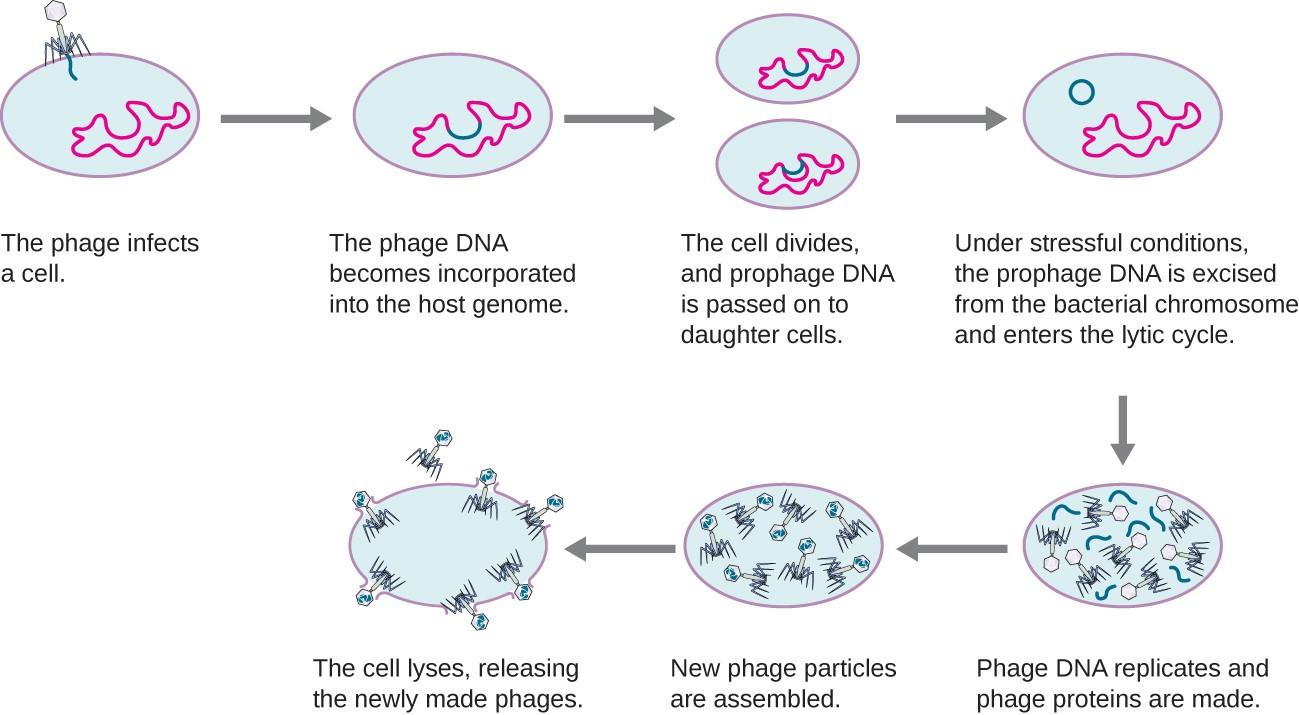 The lambda phage genome is shown below:

But an easier to deal with version which focuses more on the elements required for regulation would be: 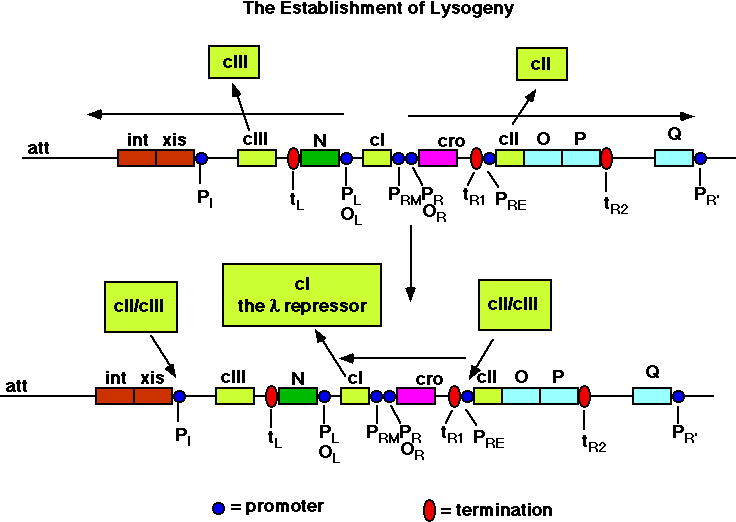 There's lots of stuff going on here, but the key point is that lambda repressor, a protein coded for by the yellow cI gene, represses any transition to the lytic cycle. Aside: cI stands for clear I, because virus mutants which don't have c1 go straight into the lytic cycle and so produce clear spots on agar plates of bacteria since the bacteria are straight out killed rather than hosting the virus in the prophage form. The lambda repressor prevents the transcription of the genes under those arrows in the top part of the diagram, and it's those genes which code for the things required for active virus particles, such as enzymes required to rupture the host cell's wall, and the proteins required to form the virus' coat.

So, to sum up, yes. Viruses existing as viral DNA embedded in the genome can cause infections, even in individuals not exposed to additional contaminants (but contaminants which cause damage to the host's DNA, like mutagens, will trigger the transition from lysogeny to lytic), and some of the viral DNA is always expressed (repressor genes) in order to prevent the expression of the parts of the viral DNA which would cause an active infection, were they to be expressed.

4
Are there any DNA sequences shared by all/most Viruses?
6
In percentage, how much is the human genome (DNA) similar to the mouse genome?
1
If a DNA letter is one of A,T,C and G, and there are 3 billion base pairs, why don't we say that there are 6 billion letters in the genome?
1
How can they know that they found "all the PERVs"? (porcine endogenous retroviruses)
4
Are there any viruses that integrate their DNA into organellar DNA?
1
How do DNA viruses keep themselves in the nucleus without inserting themselves into genome?
2
Are there any DNA viruses with junk DNA in them?
2
Can viruses grow?
2
How do viral envelopes contain molecules coded for by viral genes when they are derived from the host cell's plasma membrane?
2
Many viruses use pressure to pump viral DNA into host cells. Does that mean these viruses have a narrow acceptance of the genome size?