What are these tiny creatures swimming around my aquarium?

I was checking out my aquarium today, and decided to scoop out a water sample and take a look at it more closely. What I discovered were numerous, very, very tiny white worms (?) swimming around in the water.

The worms hover around 1 mm or smaller, almost invisible to the naked eye, with some exceptional specimens reaching nearly 2 mm in length. They swim very fluently, not by wiggling or waving their bodies around, but simply, effortlessly gliding through the water.

I checked them out under a microscope, and recorded some videos. I apologize in advance for the lackluster quality, as I'm not working with expensive equipment here. It took me hours to locate the worms under the microscope, made no easier by how surprisingly fast they are. 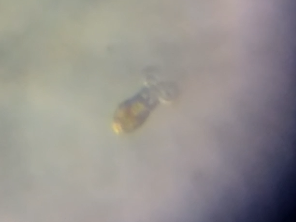 When I first saw this, I wasn't sure I was looking at the right thing. As you can see in this video, it appears to stay rooted at the tail, while wiggling its head (?) around in various directions. Its most notable characteristic is the two ball-like structures on the front of its body. I have a feeling that those structures will be key here.

This next part was very poorly recorded, but boy did it surprise me when I saw it. Eventually, the worm stretched forward, its head seemingly morphing into three parts (video): 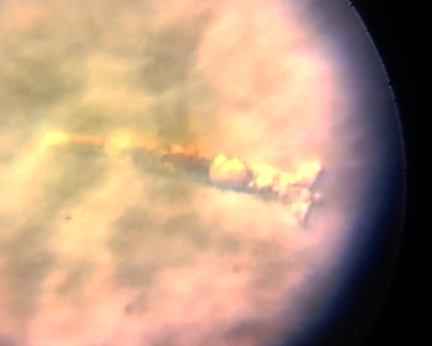 Finally, here's one more clip showing off how fast they can be when they want to (I swear it's not even sped up!). I wasn't able to get it back under the microscope at this point.

Does anyone know what these are, or at least what kinds of worms they might be related to (with respect to the ball-like structures on its head)?

For a little extra background, I found these in my native tank sourced with creatures caught in southern Alberta. The tank contains some longnose dace, which have been a source of concern due to heavy flashing (scratching) ever since I caught them. It makes me wonder if these worms are related, such as some kind of parasite. I'm happy to have them if they're some harmless detritus worm-- any members of the cleanup crew are welcome-- but if they're something to be worried about, I'd prefer to know.

Hard to tell because of the poor picture/video quality, but almost immediately the body shape, distinct "face", size and behavior made me think of a small invertebrate animal called a rotifer (Phylum Rotifera).

There are about 2000 species occurring worldwide within this primarily freshwater phylum, each of which is fairly simple anatomically. Their name (which means "wheel bearer") comes from the two crowns of quick-moving cilia they possess on their heads:

These cilia attempt to push food posteriorly toward the rotifer's back-set "mouth" (which is actually a modified pharynx called a mastax:

Rotifers are small (always < 2 mm) and so eat small planktonic and protist prey. From UC Berkeley:

As rotifers are microscopic animals, their diet must consist of matter small enough to fit through their tiny mouths during filter feeding. Rotifers are primarily omnivorous, but some species have been known to be cannibalistic. The diet of rotifers most commonly consists of dead or decomposing organic materials, as well as unicellular algae and other phytoplankton that are primary producers in aquatic communities.

As for body shape:

Although all Rotifer species are bilateral animals, they vary quite a bit in body shape. Box-like shaped rotifers are referred to as being loricate, while more flexible worm-shaped species are considered to be illoricate. 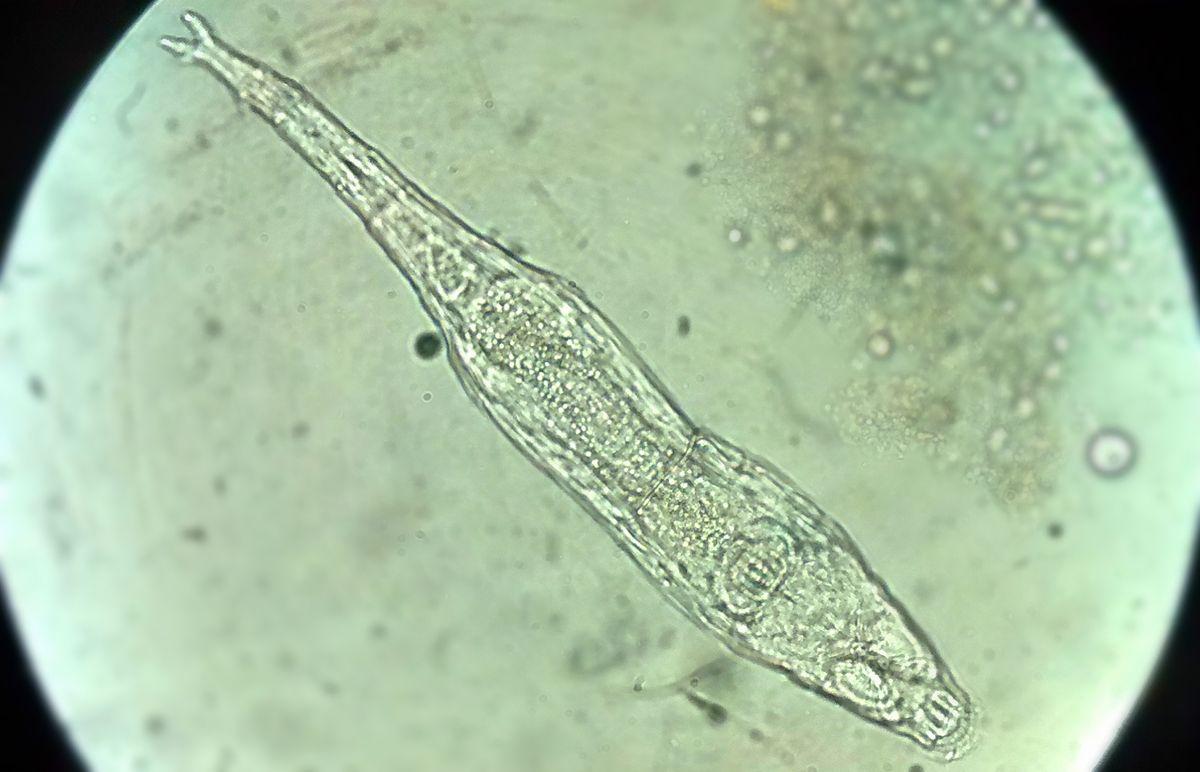 Regarding sometimes staying "rooted at the tail" as the OP observed:

Some rotifers are found usually free-swimming, while others "glue" down their posterior "toes" to anchor themselves to some substrate or debris. Again from UC Berkeley:

The final region of the rotifer body is the foot; this foot ends in a "toe" containing a cement gland with which the rotifer may attach itself to objects in the water and sift food at its leisure. 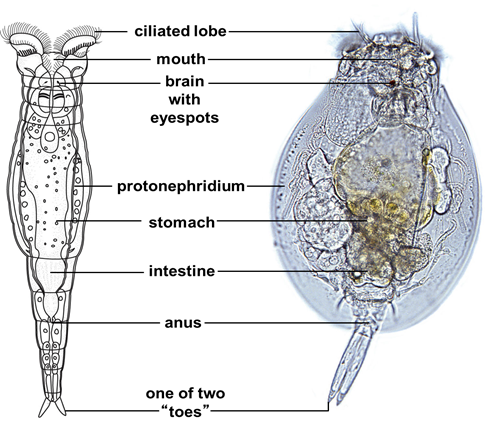 Not the answer you're looking for? Browse other questions tagged species-identification zoology invertebrates limnology or ask your own question.

14
Can anyone ID this microorganism?
23
What are these bladder snail parasites?
2
Red and yellow insect found in kitchen in Conrad, Montana (USA)

18
Help identify this worm-like thing
14
Name and Behaviour of Arthropods near a Cactus
23
What are these bladder snail parasites?
2
Identify arthropod with many legs in Mumbai
0
Can someone identify this worm?