What is the reason behind the subphylum name "Urochordata" for tunicates?

There are two major invertebrate subphyla of the chordates (phylum Chordata):

My understanding is that the cephalochordates are named as such (meaning “head chords”) because the notochord reaches into the head. From Wiktionary:

Any of the primitive fishlike creatures, of the subphylum Cephalochordata, including the lancelets, that lack a true spine but have a notochord which, in the case of cephalochordates, reaches into the head, contrary to the Urochordata.

Urochordata, by contrast, means "tail chord", though I cannot find a reputable source (or any, really) that describes or details why this is the case.

I can surmise it's simply because the notochord doesn't reach the head of a tunicate embryo -- as is corroborated by an image from Lemaire 20111 copied below. 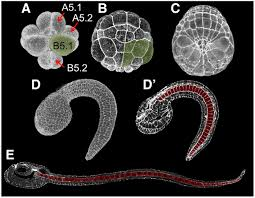 However, I would prefer a quotable, reputable source that indicates explicitly that the Urochordates are in fact named as such due to their notochord not reaching their head.

If this is not the case, then my question more broadly stands at: Why are the Urochordates named the way they are?

In 1877, Lankester proposed in "Notes on the Embryology and Classification of the Animal Kingdom" division of the group we now call Chordata into three parts:

which is more or less the accepted division today, with Urochorda being called Urochordata now.

In this essay, Lankester says:

The evidence of degeneration is admitted as conclusive in the case of the parasitic Crustacea and Cirrhipedes. It is equally incontestable in that very large and varied group of non-parasitic organisms, the Tunicata (Urochordate Vertebrata).2

(in the above 'Vertebrata' is what we call 'Chordata'). He adds this footnote:

2The whole argument as to the Tunicates of course rests on the view- supported by many arguments, that the larval urochord, which many of them possess, is not a larval organ acquired by larval adaptation, but is hereditary and transmitted from adult ancestors.

The term 'urochord' seems to be established and used without comment there, and probably is taken as simple neo-Latin for 'tail chord', although that may be somewhat loose, perhaps meaning the notochord is present but does not extend into the head. A 1913 Webster's Dictionary defines urochord as:

(Zool.) The central axis or cord in the tail of larval ascidians and of certain adult tunicates.

In 1882, Lankester futher discussed the anatomy of the tunicates in the context of the division of the chordata in a paper called "The Vertebration of the Tail of Appendiculariæ". This paper includes an illustration of a larval tunicate with the "notochord (urochord)" indicated.

Not the answer you're looking for? Browse other questions tagged zoology terminology nomenclature invertebrates etymology or ask your own question.