What exactly is this small puffer fish doing and how did it manage to accomplish such a feat?

I recently saw a video on youtube where it shows a puffer fish making intricate designs in the sand:

The puffer fish made this design on the sand: 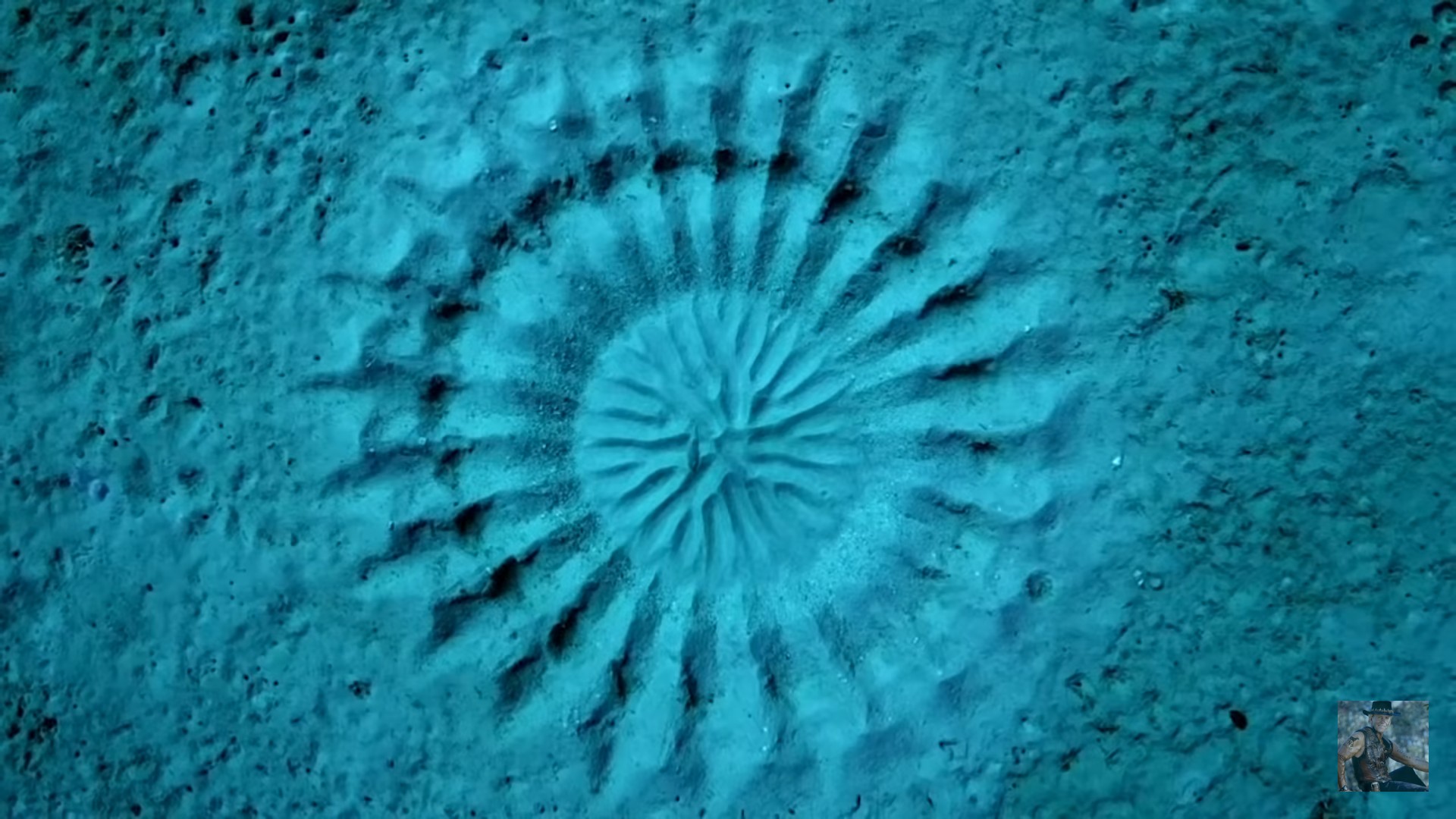 What exactly is the puffer fish doing and how is it capable of accomplishing such a feat? Is this behavior learnt, or innate?

A tiny Japanese puffer fish creates a grand sand sculpture on the featureless seabed by using his fins to dig furrows. He uses this to attract the attention of passing females.

Further observation revealed that this “mysterious circle” was not just there to make the ocean floor look pretty. Attracted by the grooves and ridges, female puffer fish would find their way along the dark seabed to the male puffer fish where they would mate and lay eggs in the center of the circle. In fact, the scientists observed that the more ridges the circle contained, the more likely it was that the female would mate with the male. The little sea shells weren’t just in vain either. The observers believe that they serve as vital nutrients to the eggs as they hatch, and to the newborns.

Here is the source of the video:

The following papers analyse said structures and the ethology in more depth:

We report that male pufferfishes (Torquigener sp., Tetraodontidae) constructed large geometric circular structures on the seabed that played an important role in female mate choice. Males dug valleys at various angles in a radial direction, constructing nests surrounded by radially aligned peaks and valleys. Furthermore, they created irregular patterns in the nest comprising fine sand particles. The circular structure not only influences female mate choice but also functions to gather fine sand particles in nests, which are important in female mate choice. Strangely enough, the males never reuse the nest, always constructing a new circular structure at the huge cost of construction. This is because the valleys may not contain sufficient fine sand particles for multiple reproductive cycles.

This "nest" is created by a male pufferfish for both courtship and for rearing young.

You can see a more complete video of this action through this BBC video on Youtube.

According to here and here this male puffer fish does all this to attract a female. National Geographic adds:

The circles, scientists say, are actually nests created by male pufferfish, which spend about ten days carefully constructing and decorating the structures to woo females. What’s more, this industrious pufferfish is thought to be a new species in the Torquigener genus, according to the study, published July 1 [2013] in the journal Scientific Reports....

When a potential female partner arrives on the scene, the male stirs up the fine sand in the nest’s inner circle. If she deems the nest, and the male who built it, satisfactory, she lays her eggs in the center of the nest and leaves.

Scientists are not sure why building intricate sand nests attract mates, but perhaps a larger, more-intricate nest (i.e., one that took a long time) could indicate to the female that the male is stronger or more fit.

All this effort does not stop at courtship however. Again from Nat Geo:

Once the female splits, though, it’s the male who does the parental chores: He remains in the nest until the eggs hatch six days later.

Not the answer you're looking for? Browse other questions tagged zoology ecology ethology ichthyology marine-biology or ask your own question.