Why are the grey matter structures of the inferior medial frontal lobe not directly (not via white matter) connected?

I have recently been trying to understand the three dimensional nature of the brain for a neuroanatomy class. Part of this strategy has included learning about structures such as the falx cerebri, tentorium cerebelli, anterior dural girdle, etc in order to understand the physical barriers that surround different parts of the brain and therefore separate them from one another. For example, the reason that the cerebellum and floor of the occipital lobe are not directly continuous is because of the tentorium cerebelli.

One issue that I have recently come across is understanding why the inferior medial component of the frontal lobe, in the region just anterior to the pituitary gland and optic chiasm, are not directly continuous (i.e. the left cortical hemisphere at this location is not continuous with the right cortical hemisphere). I have attached some photos to clarify my confusion: 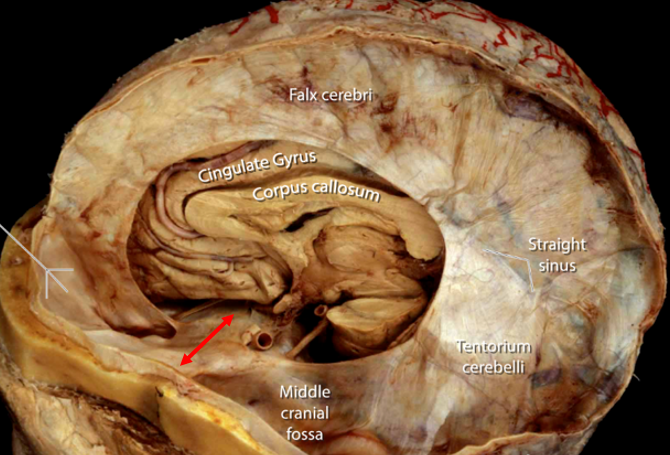 As you can from this image, the falx cerebri's anterior extent leaves a small opening (indicated by the red line) that would, presumably, permit grey matter from the left hemisphere to be directly continuous with grey matter from the right hemisphere. However, no such connection exists. This is readily confirmed using an inferior view, such as that indicated in the following picture, boxed in red: 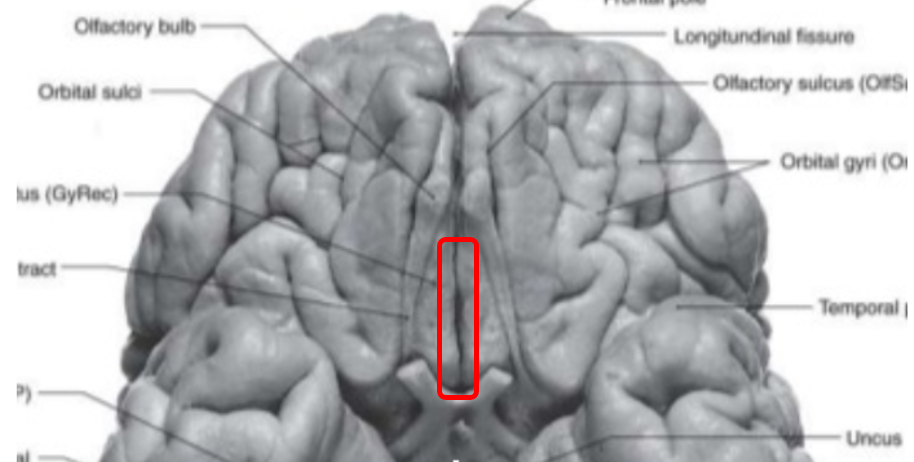 As you can see from the boxed area, the medial inferior cortical grey masses from the left and right hemisphere (which are likely the subgenual division of the anterior cingulate gyrus) are distinctly separate. This separation is clearly not related to the falx cerebri, as the anterior descent of the falx cerebri occurs further in front of this area (as indicated by picture 1).

Could anyone offer an explanation as to why these structures are distinctly NOT continuous at this point? Further, if anyone could confirm whether any part of the cortex exhibits grey-matter-continuity (i.e. not via white matter tracts) between the left and right hemisphere, that would be greatly appreciated.

Could anyone offer an explanation as to why these structures are distinctly NOT continuous at this point? 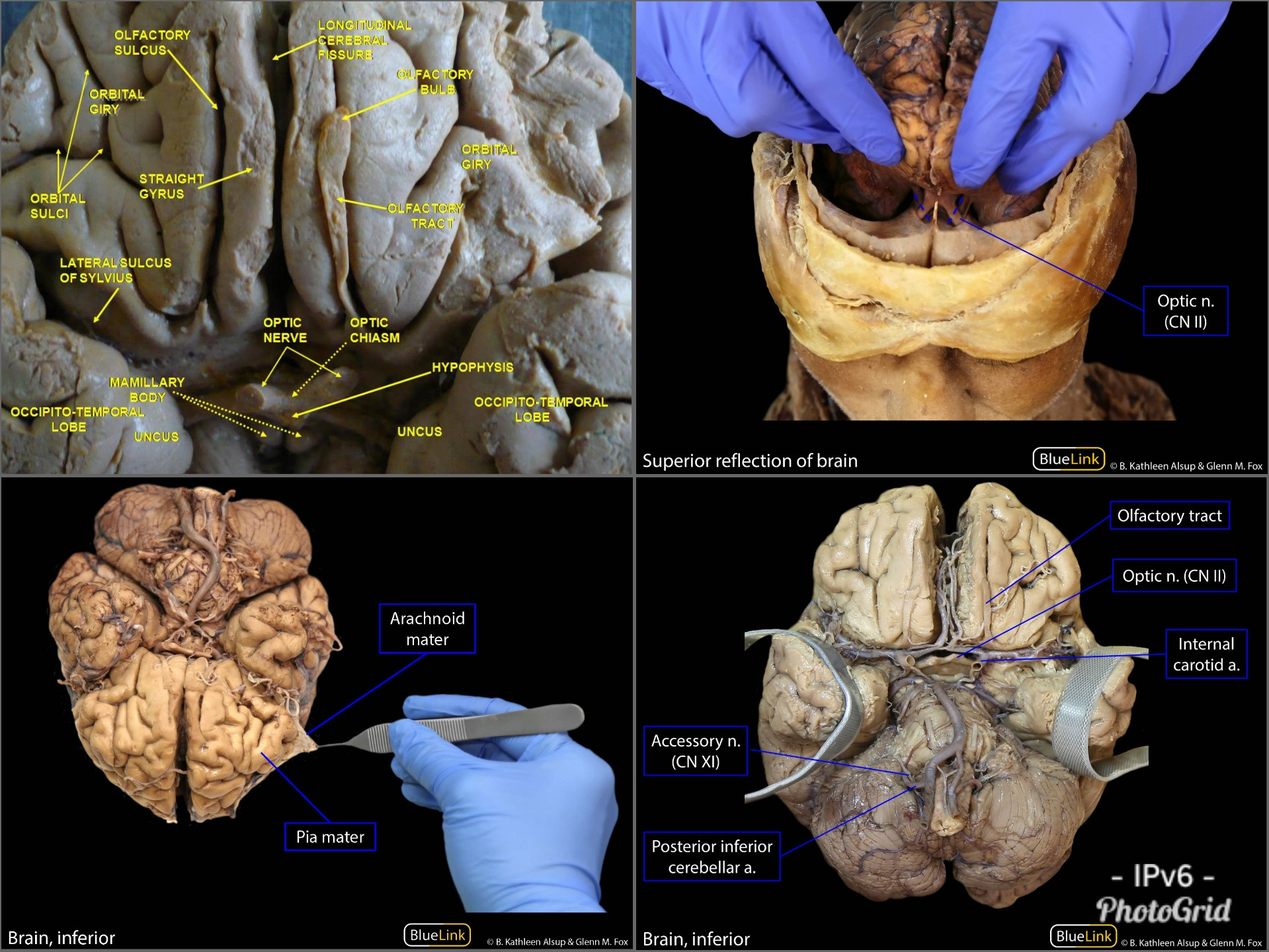 Further, if anyone could confirm whether any part of the cortex exhibits grey-matter-continuity (i.e. not via white matter tracts) between the left and right hemisphere, that would be greatly appreciated.

The two halves are separated by a deep longitudinal fissure, see this animation:

9
How are bones growing, if bones are not connected to the brain?
2
Why are the posterior and anterior inferior temporal cortex called area TEO and area TE respectively?
4
Why is the hippocampus considered to be a cortical structure but not the amygdala?