What's the smallest flier that migrates?

Are there long distance fliers that are significantly smaller?

Dual question: Are fliers' migration distances strictly a function of size? Or are there any fly-sized 1000-mile migrators?

active oldest votes
2
$\begingroup$
Want to improve this post? Provide detailed answers to this question, including citations and an explanation of why your answer is correct. Answers without enough detail may be edited or deleted.

The marmalade hoverfly (Episyrphus balteatus) flies to Southern Europe and back every year. 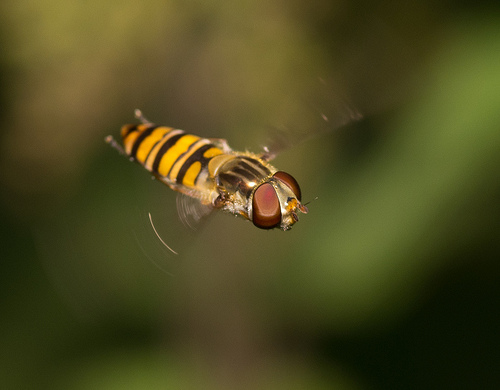 It's difficult to track and find them compared to birds and butterflies, here is a study witch citations: https://onlinelibrary.wiley.com/doi/epdf/10.1111/j.1570-7458.2007.00568.x?purchase_referrer=scholar.google.fr&tracking_action=preview_click&r3_referer=wol&show_checkout=1

it is now known that large numbers of E. balteatus migrate South during the autumn period. Therefore, it has been sug-gested that a comparable migration to the North helps tore-establish E. balteatus populations in northern Europe during the spring. There are many records to show that some hoverfly adults are active so early in the spring that they could not possibly be long-distance migrants. Nevertheless, although some adults remain active late into the autumn, few authors have managed to find females in overwintering sites

studies have suggested that E. balteatus migrates in large numbers during late summer and autumn to the Mediterranean area and only return to central and northern Europe during the following year(Aubert et al., 1976; Gatter & Schmid, 1990; Kehlmaier & Martínez de Murguía, 2004; Hondelmann et al., 2005).

Not the answer you're looking for? Browse other questions tagged zoology ethology flight migration or ask your own question.

6
For how long can a raven stay airborne (a week or more)?
10
Where do birds and squirrels go to die?
8
Water-bird that can take off vertically from the water?
0
Island model vs. stepping stone model
1
How does transition of osmoregulation occur in fishes when they migrate from sea to rivers and vice-versa
0
How far can parrots fly without needing to land?