Possible combinations in the Meiosis' Telophase 1

Meiosis is the process in eukaryotic, sexually-reproducing animals that reduces the number of chromosomes in a cell before reproduction $^{[1]}$

One of the reasons why meiosis has been so important in evolution is variation.

As my teacher used to say: Nature rolls the dice... - It's the magic of genetics; two completely different persons might share the same parents.

So here the question: 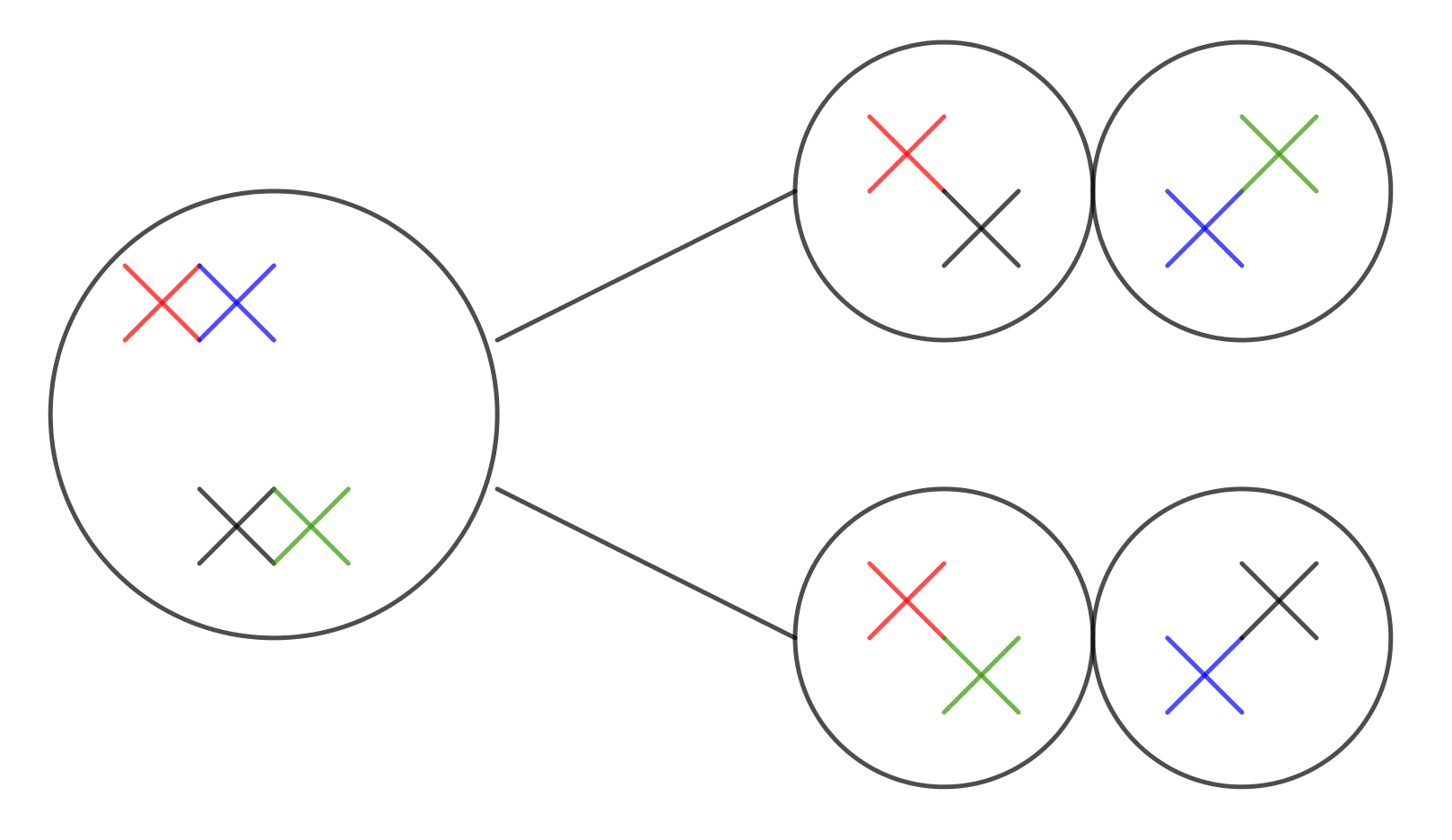 Suppose we have a cell with four chromosomes (two couples of homologous chromosomes) in the Prophase 1. I've drawn all possible combinations that could happen - these are chosen randomly - in the Telophase 1.

Is there a genetic disorder (not only regarding humans), in which the four initial chromosomes are split, in the Telophase, into two parts, each of them containing a couple of homologous chromosomes. I.e. (referring to the image) is the combination $(\color{red}{red}+\color{blue}{blue})(\color{green}{green}+black)$ in the Telophase 1 possible?

Failure to properly separate homologous chromosomes during meiosis, either by including an extra copy of a chromosome or including zero copies of a chromosome, causes gametes that are 'aneuploid', and as a result, a zygote that results from that gamete will have an extra or missing chromosome as well.

For humans, most aneuploidies are completely fatal at some point of early development, so there is not an associated genetic disorder in live births.

One common aneuploidy that is not fatal to the embryo is an extra copy of chromosome 21; this causes Down syndrome.

Not the answer you're looking for? Browse other questions tagged genetics dna chromosome meiosis or ask your own question.

8
Do the eggs for larger litters come from the same meiosis events, or different ones?
5
How do nuclear membranes form during Telophase of Mitosis/Meiosis?
5
Aneuploidy in meiosis
1
Sister chromatids during meiosis
2
Why does cell waste energy in meiosis, between meiosis 1&2
3
Meiosis and combinations of chromosomes
2
Is there random assortment in metaphase II?