What is the difference between "hamstring tendon" and "common hamstring tendon"? I have seen both terms being used but I don't know whether they referred to the same tendon.

The hamstring tendons that I am aware of are: 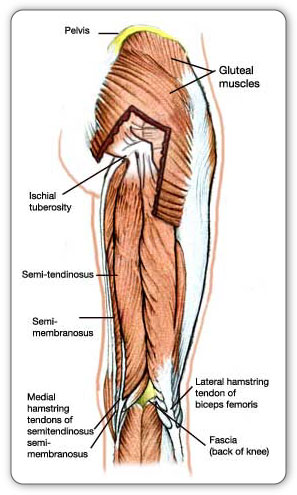 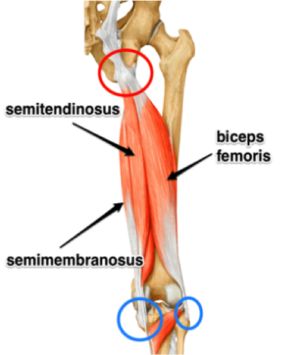 In the paper you cite, they are talking about the tendon on the other side from the ones you've listed, at the "origin from the ischial tuberosity" (quoted from the abstract).

In this case, the word "common" is used in the dictionary sense of "same" rather than "ordinary": it's "common" because it's the same origin for the different muscles that make up the hamstrings. This terminology is used elsewhere in anatomy, too, for example the common carotid artery splits into the internal carotid and external carotid; the "common" portion is the larger proximal vessel.

The semitendinosus (ST), long head of the biceps femoris (long head, lhBF) and semimembranosus (SM) muscles originate from the ischial tuberosity (Fig. 1a, b). The ST and lhBF have a common origin on the posteromedial aspect of the ischial tuberosity, over its top. Tendons of the ST and lhBF are conjoined at a distance of 9.1–10 cm [35, 37, 58, 81]. The SM origin is separate from the previous one and it is located anterolaterally from the ST/lhBF attachment. Fibres of the proximal SM attachment are twisted before forming a proper tendon (Figs. 2a, b, 3a, b, 4).

To visualize the attachments of the conjoined ST tendon + lhBF tendon, and the semimembranosus tendon to the ischial tuberosity: 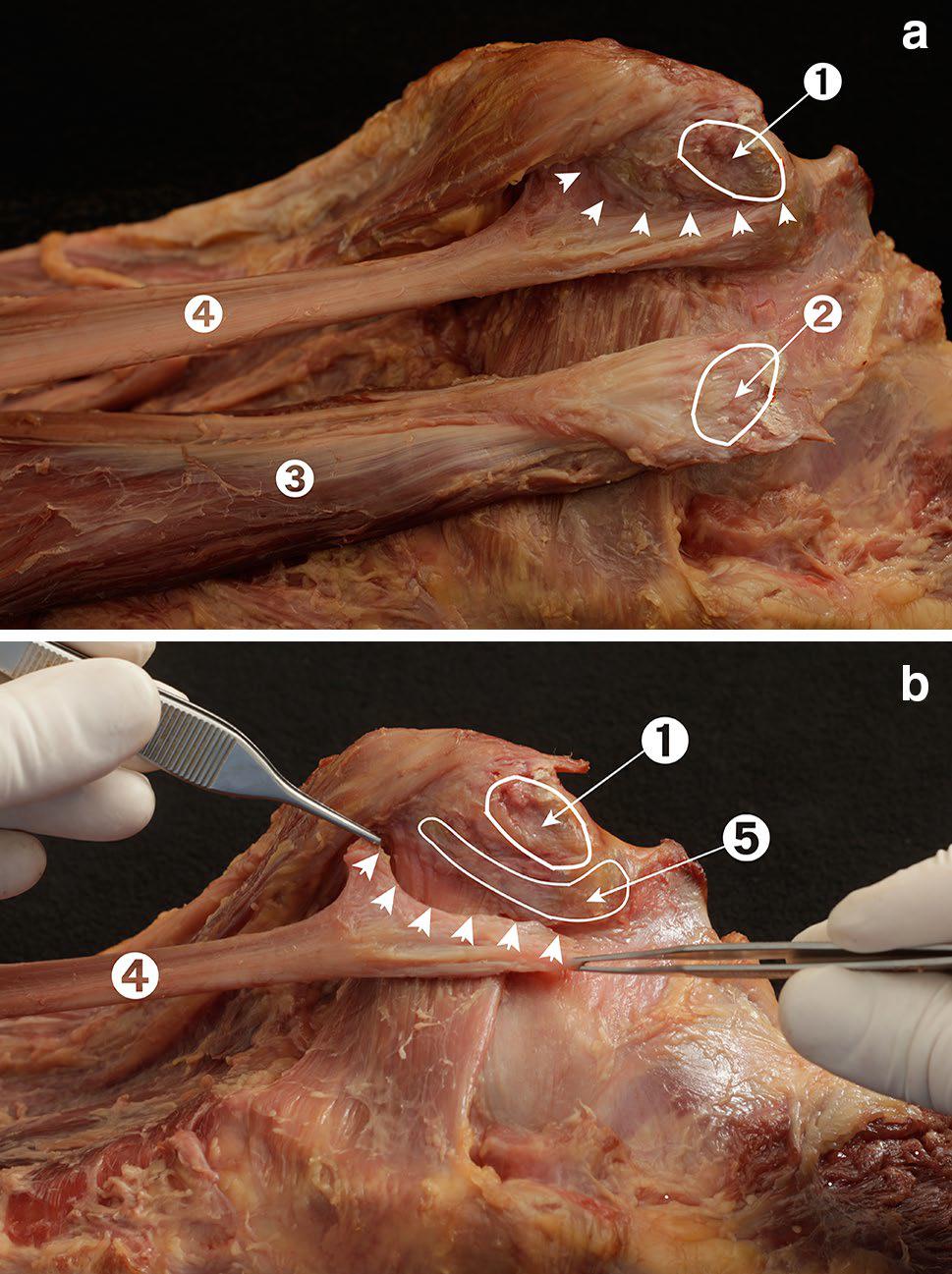